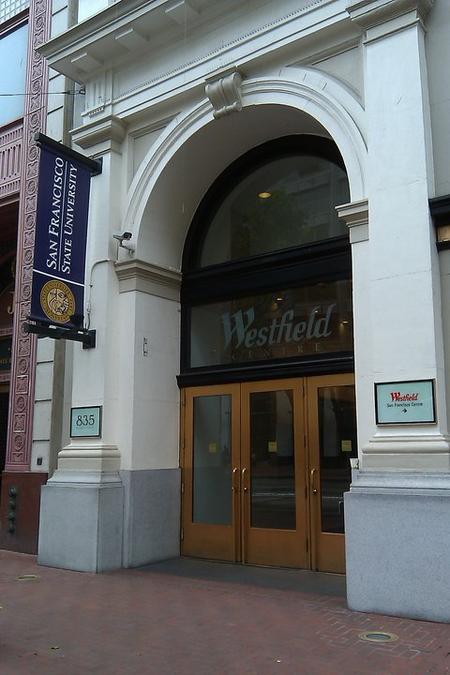 Most fulltime students at San Francisco State University will be getting a tuition refund from the system. Photo By Jerold Chinn/SF Public Press

A tuition refund of $249 or more per semester that the California State University system is planning to give most full-time students will be a godsend for thousands feeling financially pinched in their academic pursuits.

But the move will also reduce tuition revenues into the system by about 3 percent this school year — money that administrators will have to find somewhere else if they want to avoid further cutbacks.

This year the university’s trustees expected to bring in $4.1 billion in tuition. They agreed to give back $132 million to students upon successful passage of Proposition 30, which raised sales tax on consumers and income tax on high earners.

When the measure passed in the Nov. 6 election, the university’s trustees said they would trigger a “tuition fee contingency plan” they had approved in September.

Most important for students (depending on their financial aid package), the reduction is retroactive to the beginning of the fall 2012 semester.

Students will get a refund because they paid the higher fee in September. It will come either in the form of a check for graduating students or a credit toward future fees for continuing students.

The trustees say they hope that the passage of Proposition 30 will signal the beginning of a long-term reinvestment in California public higher education. They predict that this will materialize when Gov. Jerry Brown proposes his 2013-2014 state budget, in January.

The California State University anticipates receiving $125 million to supplement its 2013-2014 budget because the tax reforms passed and because, as required by the state, they (retroactively) did not raise tuition.

Mike Uhlenkamp, a spokesman for the university, said no direct Prop. 30 funding will be carved out specifically for the state university system. Instead, it benefits by averting a $250 million “trigger cut” in this year’s budget.

Here’s how the system could benefit: The additional revenue generated by Proposition 30 will fill in holes in primary and secondary school funding. That will free up some funds for higher education.

But all the policy pieces came too late to prevent the need, late in 2011, to plan for increased fees the following year.

“Because we had already implemented that tuition increase, our only option was to refund that revenue pending the passage of Prop. 30,” Uhlenkamp said.

“That also meant forgoing $132 million in tuition fee revenue that was already budgeted for and partially collected. As events played out, the proposition passed and we are now in the process of refunding that revenue.”

The Legislature has made no offer to fill that funding gap, which will be felt before the end of the 2012-2013 fiscal year in June.

But the university can, under state law, make a one-time balance transfer from extended-education and other self-supporting programs into campus operating funds. So far, the system has only received $50 million of that money.

Where will the rest come from? Uhlenkamp said it will come from “cost savings associated with administrative efficiencies.”

He added that administrators “are also investigating other options.”

Each campus has discretion in how it gives students their refunds. Continuing students will get either a credit toward the next term or a check.

San Francisco State University students will get their refunds in December, said Corazon Wong, the school’s director of student financial services. Her office will calculate the reduction in tuition and fees for fall 2012 and credit accounts by Dec. 14.

The San Francisco State bursar’s office said undergraduates would receive $249, while graduate students would get back $309.

Depending on the details of the student’s financial aid package, the fee reduction may be matched by an equal reduction in a grant, in which case no refund would be given, Wong said.

Lissette is currently a senior at San Francisco State's journalism program. She enjoys writing about various topics, including health, politics, and business.