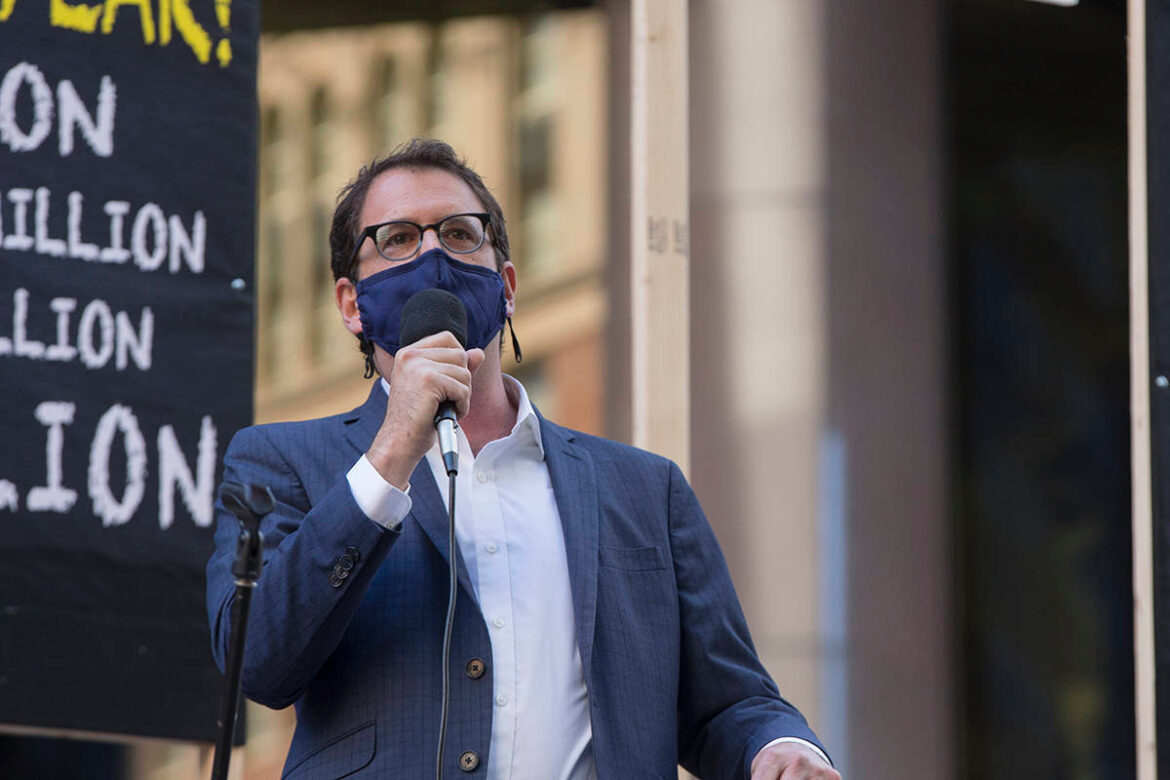 San Francisco Supervisor Dean Preston, who represents the Western Addition and other neighborhoods of District 5, is calling on Gov. Gavin Newsom to extend the statewide eviction moratorium until at least the end of the year.

San Francisco lawmakers are urging Gov. Gavin Newsom to extend the statewide eviction moratorium again, because ending it Oct. 1 could cause COVID-19 infections to climb.

“We’re not out of the woods yet,” said Kyle Smeallie, legislative aide to Supervisor Dean Preston, who is leading the push locally. “Everything we’re seeing in terms of public health data is that there’s some real concern and fear around what the delta variant will bring.”

In late June, Newsom approved an extension to the statewide moratorium on evictions for nonpayment of rent until the end of September. But that legislation, Assembly Bill 832, also tied the hands of local governments, preventing them from passing their own nonpayment protections until April 2022. Preston said he would introduce a resolution at Tuesday’s meeting of the Board of Supervisors calling for the state to extend the moratorium at least through the end of the year.

In June, the board unanimously approved eviction protections for San Franciscans who might not be able to pay rents due between July and December of this year. AB 832 retroactively killed that protection, overriding it with a statewide protection that expires Oct. 1. By that date, tenants must pay 25% of the total rent they owed during the 12 preceding months or they can be evicted.

Tuesday’s resolution is a show of political will; it does not require action from state officials. But it is all that’s available to city supervisors, Smeallie said, because “the state’s taken away our tools.”

“We’re going to use our bully pulpit, because we’re not going to be able to sleep at night without knowing that we did as much as we could do,” he said.

Newsom was at the center of discussions about how to craft AB 832 and previous legislation on the statewide moratorium. Any future bills would require approval by the state legislature.

And what happens if Newsom isn’t swayed by the calls of local politicians?

“It’s the potential nightmare scenario,” Smeallie said, where unvaccinated low-income residents might face eviction and find it harder to maintain social distance without secure housing, increasing their odds of contracting and spreading the delta variant.

“We know exactly what happens when states allow eviction protections to expire during a public health crisis, because it has happened already around the country,” Preston said in a written statement, referring to a study published Monday by the American Journal of Epidemiology.

The study found that COVID-19 infections and deaths increased after states lifted eviction moratoriums, resulting in an estimated excess 433,700 cases and 10,700 deaths nationally by September 2020.

Where moratoriums have expired, “states have seen a five-fold increase in COVID-19 mortality,” Preston said, “and with a surging variant, we need statewide protections extended to avoid this fate.”

Coronavirus cases began rising in San Francisco in late June with the reopening of the economy and the arrival of the coronavirus’ more contagious delta variant, according to the city health department. San Francisco joined other Bay Area counties June 16 in recommending that everyone wear masks in indoor public settings regardless of their vaccination status.