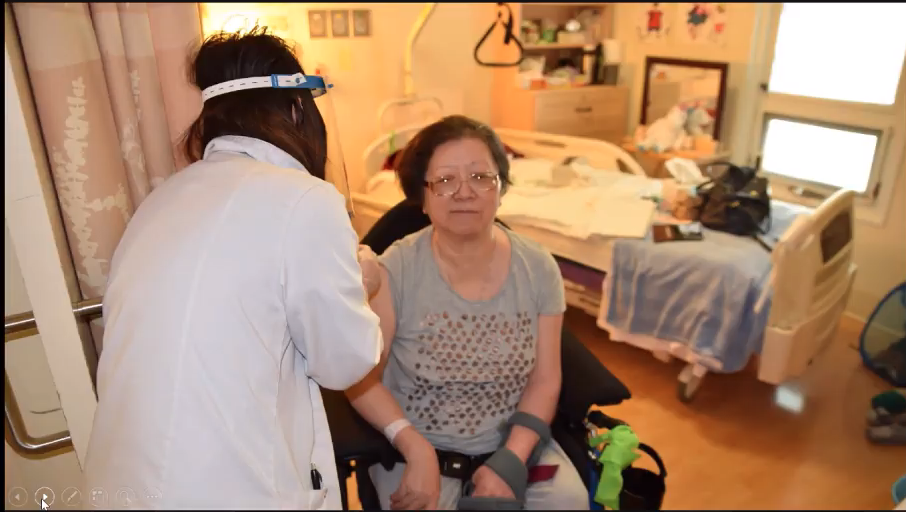 All of the staff and patients at San Francisco’s Laguna Honda Hospital who wish to are expected to be vaccinated by Wednesday. The University of California San Francisco is vaccinating 1,100 health care staffers a day, with plans to increase that number. The San Francisco Department of Public Health has inoculated over 6,000 people served by the department and supplied another 30,000 vaccines to other health care agencies in the city over the last 2½ weeks.

Those are just some of the medical organizations in the city vaccinating the city’s nearly 80,000 health care workers and vulnerable populations, with the allotments sent directly from the state, having been distributed by the federal government.

Dr. Grant Colfax, director of San Francisco’s Department of Public Health, said at a press conference Tuesday that “there have been no delays of people getting vaccinated at this time, demand far outweighs supply.” He added: “Our goal is to make sure that vaccine is not sitting in the freezer, and that as soon as the feds in the state supply a vaccine to local jurisdictions, to health care entities in San Francisco, that we get it into as many arms as quickly as possible.”

He said San Francisco weathered the post-Thanksgiving surge better than the rest of the Bay Area did. Whereas San Francisco has 35% of its intensive care unit beds vacant, only 5.9% of those beds are available, he said. Consequently, the region’s intensive care bed availability is below the state threshold to allow San Francisco to relax the stay-at-home order.

He said officials won’t know the effect of holiday socializing on COVID-19 cases until the middle of the month.

While city residents shelter in place to wait out this next period, Colfax points to the next group of vaccinations, called phase 1b.

“We are waiting for the state to finalize the next phase, which is proposed to include front-line essential workers such as public safety grocery workers, teachers and those over the age of 75.”