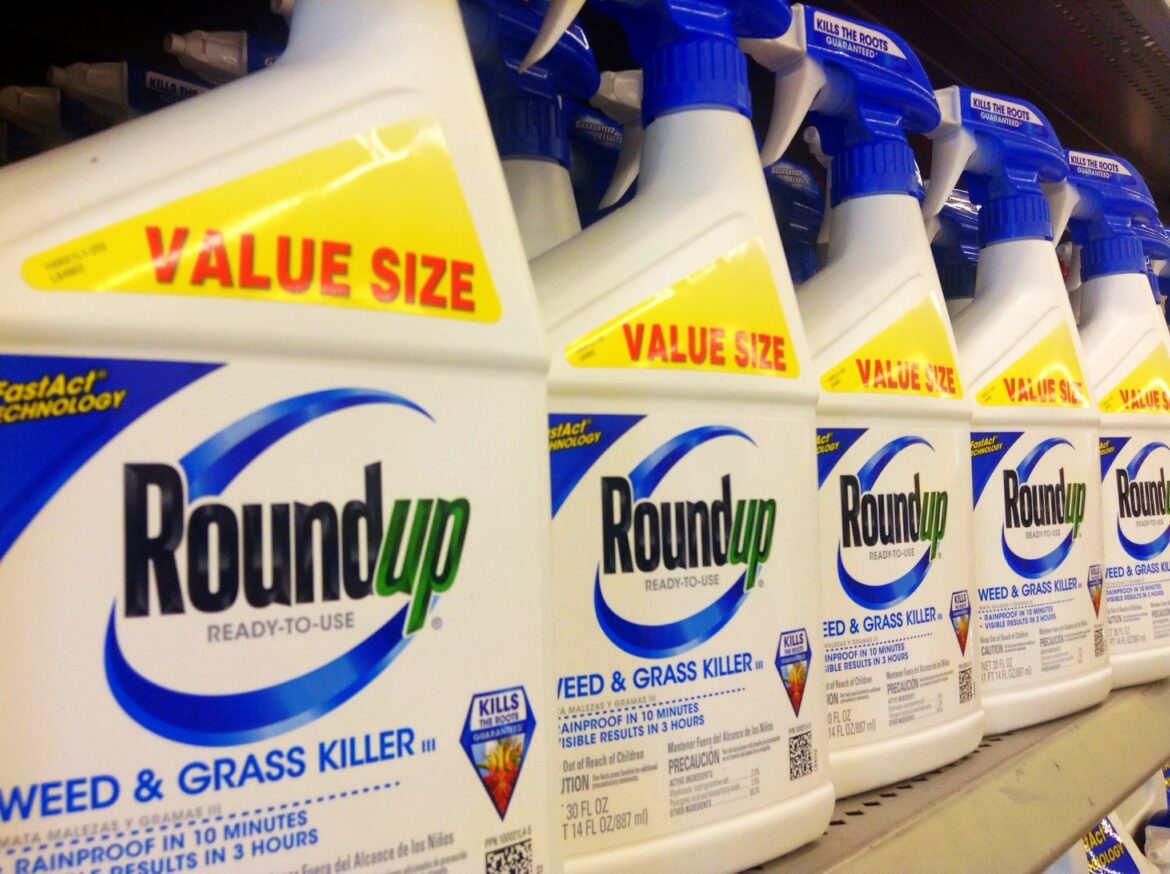 The science on the key ingredient in the top-selling U.S. weedkiller, Bayer’s Roundup, is still in fierce dispute as the company settles thousands of lawsuits claiming health impacts for billions of dollars.

Identifying clear guidelines for the level of exposure to glyphosate that could cause cancer or other illness is a contentious business.

As regulators, environmental advocates and academic scientists debate the fundamental science of toxicology, it’s little wonder cities in the Bay Area — ground zero for thousands of lawsuits against the manufacturer totaling billions of dollars — have settled on wildly disparate policies about whether and where to use the herbicide in public spaces. (See “As Cancer Concerns Lead Cities to Ban Herbicide, S.F. Scales Back Use of Roundup.”)

Monsanto owner Bayer says glyphosate, the active ingredient in weedkiller Roundup, is not a carcinogen. The European Union and the U.S. Environmental Protection Agency back the company’s view.

That conclusion contradicts a finding from the World Health Organization in 2015 that glyphosate is a “probable” human carcinogen. And international researchers and U.S. government agencies aside from the EPA are finding enough links to cancer and other illness to raise the level of concern and call for further research.

Billions of dollars and the health of broad swaths of the public — especially the thousands of people in agriculture and public works who handle and apply the herbicide — potentially hang in the balance. Without scientific agreement, users across many sectors have been left to decide for themselves whether or not they are taking a big risk.

“Drawing a link between glyphosate exposure and cancer is tricky,” said Michael Davoren, a cell biologist at UCLA, specializing in immunology and cancer.

Without any type of exposure, one in 50 people will develop non-Hodgkin lymphoma, the type of cancer afflicting the Roundup plaintiffs, he said. People who handle the chemical, such as Dewayne Johnson and Edwin Hardeman, plaintiffs in two lawsuits against Bayer, are only incrementally more likely to succumb to the disease.

“Even at the highest levels of exposure like Johnson and Hardeman had, the cancer risk moves up to one in 35,” Davoren said. “But the cancer won’t develop until multiple mutations occur, among other factors.”

Plaintiffs have filed thousands of lawsuits against Bayer, which in September said it would settle about 15,000 of them after agreeing to pay $10 billion in a massive settlement offer announced in June. As of Nov. 9, the company said it had settled about 88,500 cases out of an estimated 125,000, according to Reuters.

Documents emerging from the lawsuits reveal that Monsanto buried research demonstrating a link between glyphosate and cancer or other illnesses, and that it even hired ghost writers to produce positive reports.

An earlier proposed settlement would have established a five-member scientific panel to determine whether glyphosate causes cancer and what exposure levels could be considered safe. That deal could have insulated Bayer from liability against future claims of harm should the panel have found glyphosate caused cancer, prompting criticism from U.S. District Judge Vince Chhabria.

“In an area where the science may be evolving, how could it be appropriate to lock in a decision from a panel of scientists for all future cases?” he wrote in a preliminary order in July.

Sowing doubt about the science

The quality of the science conducted by the EPA and Monsanto to demonstrate the safety of glyphosate and enable the sale of glyphosate-based products is central to the lawsuits. According to court documents, the original testing of glyphosate in mice in the early 1980s found a strong link to cancer. Monsanto and the EPA were at odds over these early studies.

Over time, however, Monsanto was able to sow doubt at the EPA about the glyphosate cancer risk. Documents from the lawsuits show how the company paid scientists to determine glyphosate to be safe.

UCLA’s Davoren said Monsanto “has never been 100% open in terms of allowing every raw detail of its studies for the academic community to pore over.”

Despite these obstacles, Health and Human Services used rat and human epidemiological studies to produce a toxicological profile on glyphosate that supported the WHO’s finding of a cancer risk, but did not draw a definitive conclusion on the matter.

A Bayer spokesman took issue with this interpretation. “Significantly, the report contains a summary of eight national and international agency assessments of carcinogenicity that, with the one exception of IARC, conclude that glyphosate is not carcinogenic,” wrote Bayer spokesman Bob Chlopak in an email, referring to the International Agency for Research on Cancer.

He was pointing to a single table summarizing mostly favorable findings. The 237-page profile examines several varieties of studies, including investigations by the cancer research agency, independent researchers  and a Monsanto-sponsored study by Ellen Chang and Elizabeth Delzell.

Chlopak did not cite the company-sponsored research as part of Bayer’s response to the Health and Human Services paper. Instead, he called the International Agency for Research on Cancer “an outlier,” while quoting part of the report: “‘Most studies found no association between exposure to glyphosate-based products and risk of cancer.’”

The next sentence notes, “However, a possible association between exposure to glyphosate and risk of non-Hodgkin’s lymphoma could not be ruled out, based on conflicting results.”

This report also found risk for noncancer health conditions, most notably miscarriage and preterm delivery, as well as reproductive concerns such as low sperm production, abnormal sperm and decreased testosterone.

California’s Office of Environmental Health Hazard Assessment in 2015 announced its intention to list glyphosate as a cancer-causing substance under Proposition 65, the 1986 referendum requiring warnings of cancer or birth-defect risks on certain products.

The move came in response to the WHO study finding the herbicide to be a probable human carcinogen. This link was based on what its authors called “sufficient” evidence of cancer in lab animals and “limited” evidence of real-world exposures examined in humans. Researchers found the strongest link with non-Hodgkin lymphoma, the type of cancer suffered by plaintiffs in several lawsuits against Monsanto.

California determined that exposures above 1,100 micrograms per day were potentially harmful. Nathan Donley, senior scientist with the Center for Biological Diversity, a nonprofit environmental advocacy organization, said the state’s environmental office is “the only agency that has actually tried to identify a number above which you’re at risk.”

Yet a coalition of environmental advocates, including Donley, argued in a 2017 letter that the proposed risk threshold should be lower. They highlighted three studies not available when the WHO prepared its 2015 paper.

Donley said California’s risk level “is way more than what people will eat in their diet, but it’s potentially a level that applicators or farmers could be exposed to.” The state’s final risk determination did not reflect the environmental groups’ recommendations.

Assessing risk levels from various exposures over different time periods would require additional study, said Sam Delson, deputy director for external and legislative affairs at the Office of Environmental Health Hazard Assessment. The current California standard requires companies with 10 or more employees to provide clear warnings if they could be exposed to quantities of glyphosate above the regulatory risk level.

Such warnings are common. Every Starbucks store has a Proposition 65 sign because of acrylamide, which is produced in small amounts during the process of roasting coffee beans.

Under Proposition 65, Monsanto would have been forced to put cancer warning labels on all formulations of Roundup, Aquamaster and other products containing glyphosate sold in California.

But after several court appeals by Monsanto, the EPA stepped in and halted this order in August. In a letter to Monsanto, the federal agency wrote that it “considered a more extensive dataset” than the WHO, “including studies submitted to support registration of glyphosate.” As a result of this study, the EPA concluded that glyphosate was “not likely to be carcinogenic to humans” and that it considered Proposition 65 warnings on the chemical to be “false and misleading.”  A federal judge in California affirmed the EPA’s conclusion on June 22 when he issued a permanent injunction preventing the state from placing warning labels on these products.

San Francisco in 2015 commissioned a study by a local firm, which supported the WHO’s conclusions that glyphosate was hazardous, and posed the greatest danger to those applying it. Inhaling or ingesting glyphosate via food contamination posed the next-greatest concerns. Casual contact from clothing that brushes vegetation sprayed with the herbicide was the lowest concern.

This study expressed a higher concern for children than for adults. Children’s brains and internal organs continually develop and can be harmed by exposure to toxins. In addition, small children have a tendency to put many things, including plants, in their mouths.

The WHO and Health and Human Services studies both called for more research. A 2019 study of more than 300,000 farmers across Norway, the United States and France found a link between glyphosate exposure and non-Hodgkin lymphoma. A University of Washington study of more than 54,000 licensed pesticide applicators around the same time found that exposure to the chemicals in Roundup increased the risk for non-Hodgkin lymphoma by 41% among those who worked with it for 20 years or more.

Studies from the University of California, San Diego, and more recently, the National Institutes of Health looking into human exposure to glyphosate, indicate that it is showing up in the food supply and water. They noted that human studies indicate increasing levels of glyphosate in urine and breast milk but said they could not conclude anything about the effects of such tiny levels of exposure.

What’s clear to Sheldon Krimsky, an environmental policy professor at Tufts University, is that the disagreements about pesticide policy are not just about the science. “Determining the safety of a chemical has become a politicized activity,” he wrote in a 2019 paper addressing the controversy over glyphosate toxicology.

“After 40 years in use, public health officials are asking for independent toxicological studies on the health effects of glyphosate-based herbicides,” Krimsky wrote. “This fact alone underscores the failure of the ‘approve first, test later’ principle of regulation.”

CORRECTION: A mention of a study on non-Hodgkin lymphoma risk from Roundup has been corrected to note that elevated rates were found for those who had used the chemical for 20 years or more. A discussion of litigation against Bayer has been updated with more recent settlement numbers and to clarify that pending cases don’t need settlement approval from a judge. A mention of a proposed scientific panel has been corrected to note that liability protections for Bayer would have applied only if the panel had found that Roundup use did not cause non-Hodgkin lymphoma.