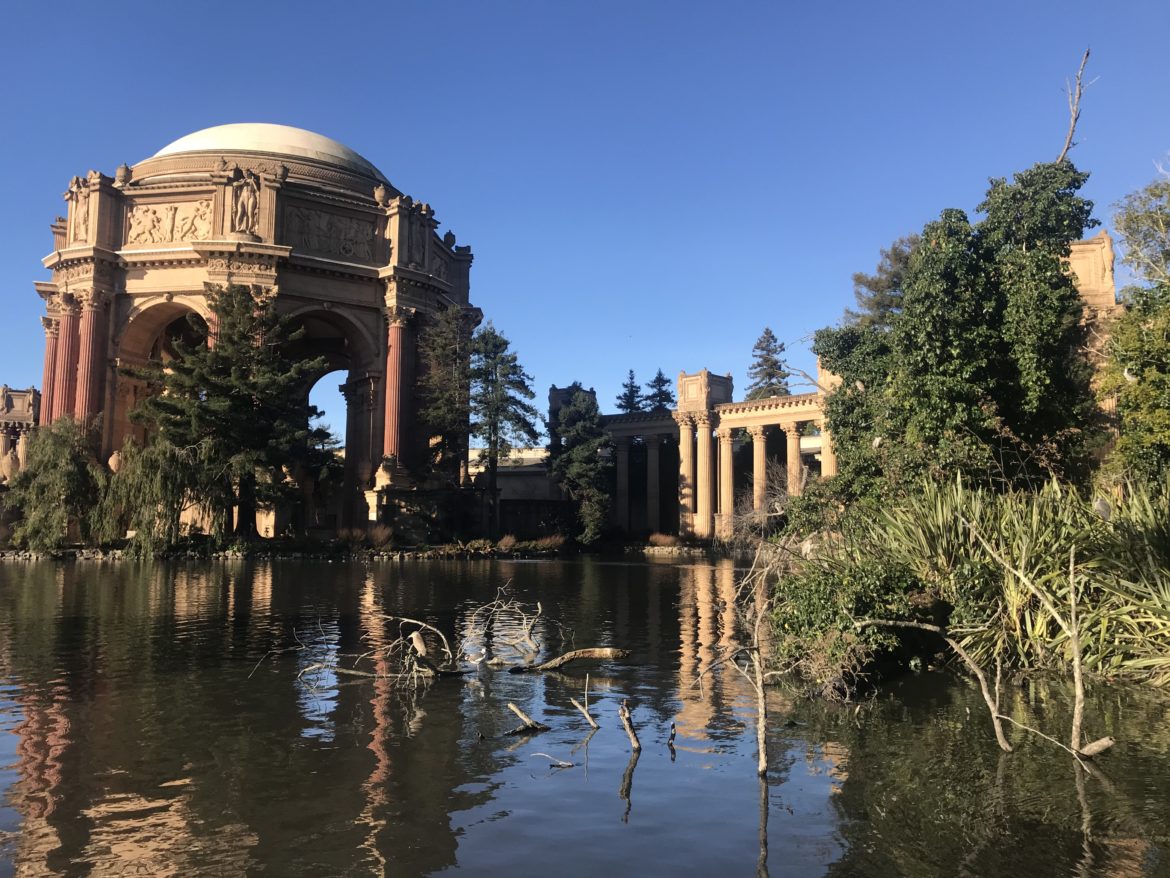 The city of San Francisco has identified the Palace of Fine Arts as a possible location for a pop-up ward to be used in the event of a coronavirus surge.

San Francisco has identified a handful of potential pop-up wards to be used in the event of a coronavirus surge to house nearly 500 COVID-positive patients who do not require hospitalization but who cannot recuperate on their own because of their housing status or medical conditions, the Department of Emergency Management confirmed in a series of emails last week.

The department’s confirmation came in response to inquiries sparked by a July 7 Twitter post by Christin Evans, president of the Haight-Ashbury Merchants Association. The post showed a screenshot from a Department of Public Health email leaked by a department employee to Evans and several Coalition on Homelessness organizers that includes a list of San Francisco locations paired with bed counts and July dates.

The sites include Next Door, which is the city’s second-largest homeless shelter, the county fairgrounds, the Palace of Fine Arts and the cruise ship terminal at the Port of San Francisco, which together can hold 497 beds, according to a screenshot of the leaked email. The list includes an additional 166 “units” at sites identified only by numbers.

“The City is assessing dozens of locations across San Francisco for their suitability” for use as pop-up wards, a July 8 email from the Department of Emergency Management read. In a July 10 follow-up email, the department stressed that the dates on the list indicated when the sites “could potentially be available,” not when the city “would need or use these locations,” adding that “rigorous public health and hygiene protocols will be followed” if the city were to decide to activate them.

Evans and several other advocates initially interpreted the list as one of barracks-style shelters for unhoused people. Advocates and public health experts have recently expressed concern that the city will begin to reopen homeless shelters even after a large coronavirus outbreak at Multi-Service Center Couth homeless shelter and two positive COVID-19 tests at the Division Circle Navigation Center in April confirmed some experts’ fears that barracks-style living could spread the virus.

Dr. Colette Auerswald, an associate professor at the University of California, Berkeley, School of Public Health, said she endorsed the proposed pop-up wards “as long as they are properly staffed and follow proper guidelines.”

“These are hugely important sites,” said Dr. Joshua Barocas, an assistant professor of medicine at Boston University, who oversaw a similar set of pop-up wards during a surge of coronavirus cases in Boston in late March, April and early May.

The wards kept 500-700 patients out of nearly overwhelmed local hospitals, had capacity for about 1,000 patients at their peak and slowed the spread of the virus among Boston’s homeless community, Barocas said.

“I think that the benefit of these types of sites is incredibly hard to characterize and is probably larger than we think,” Barocas said. “Not just from a human life standpoint, not just from an economic standpoint — it shows that you value people.”

CORRECTION: Colette Auerswald’s first name was misspelled in an earlier version of this story. It is now spelled correctly.