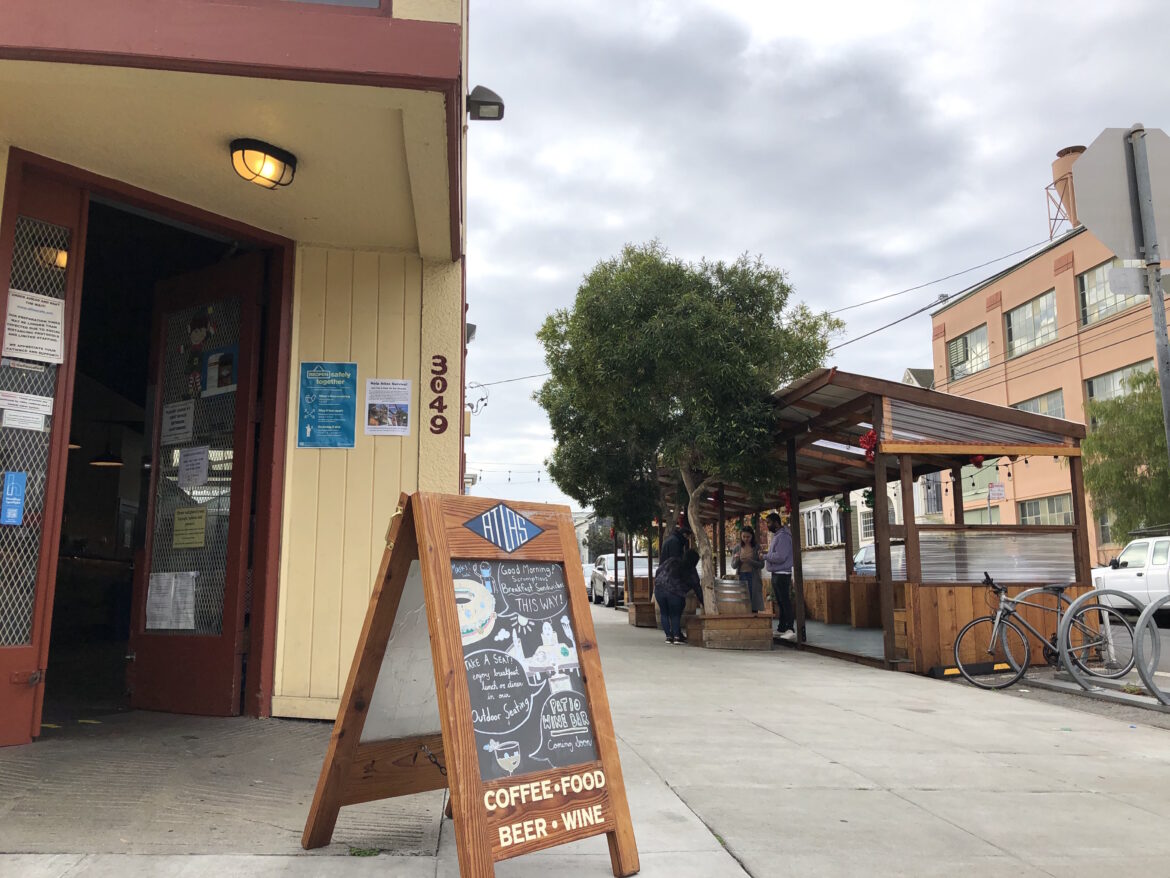 The temporary ban on outdoor dining is dealing another financial blow to workers and owners. It means the Mission District's Atlas Cafe, pictured here, is just one of many restaurants that can't use newly constructed parklets to serve customers.

The latest pandemic order shutting down outdoor dining struck a devastating blow to restaurant owners and workers who have tried to adapt.

Maria Moreno with the Restaurant Opportunities Centers United of the Bay in Oakland said the food service industry is reeling.

“So many of the people in the industry are out of work right now, both undocumented and documented,” she said. “They’re just left behind right now. We’re talking like, half of the industry or more.”

She said many workers, especially the undocumented, are running out of options. “Some of the workers are saying, ‘I haven’t paid my rent in a few months,’” said Moreno. “Some of them have already been evicted from their homes.”

Restaurant Opportunities Centers United was able to make a one-time payment of $500 per person to undocumented food service workers. The funds were provided by a grant from the state.

After the aid was distributed two months ago, “people have contacted us once, two times, three times asking, will there be another round of aid?” said Moreno. “It’s so heartbreaking to just have to say no to them. There’s this food pantry that’s giving out food. There’s this community initiative where you can get a free meal today.”

More than anything, restaurant workers need government help, she said. “People need money in their pockets to pay for food, to pay for rent, extended moratoriums for rent,” she added. “We need extended benefits for paid sick time, or like a longer sunset time for the current policies that are in play.”

She added that locally owned restaurants also need a bailout: “Our industry is rapidly deteriorating. I get a digest from every restaurant that’s closed in San Francisco and Oakland and Berkeley. It’s just heartbreaking. Other industries have gotten bailed out, other industries that make more money than the restaurant industry can bounce back faster.”

She concluded by saying, “We just need all hands on deck with the government and local organizations to actually take care of this 13 to 14 million person industry.”