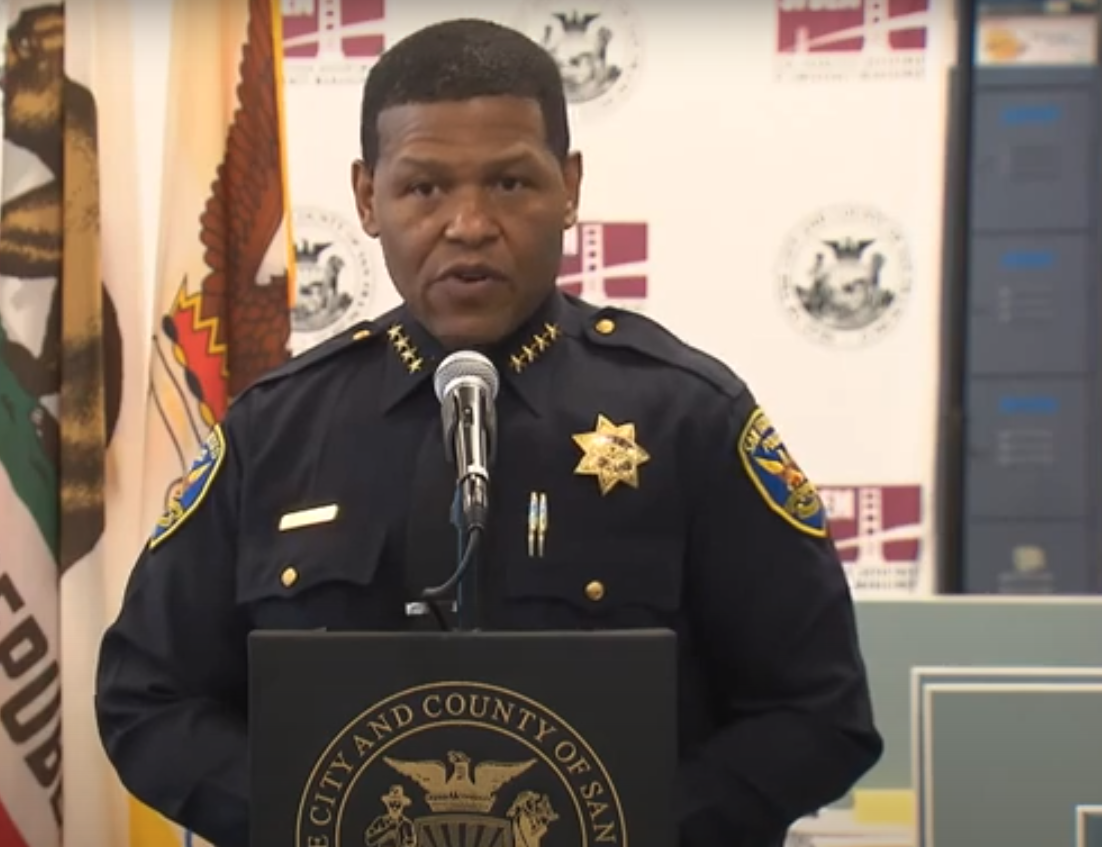 San Francisco remains under an 8 p.m. to 5 a.m. curfew in the wake of a nationwide civil uprising over the death of George Floyd, an African-American man killed at the hands of a white police officer in Minneapolis.
During a Monday morning press conference, San Francisco Police Chief Bill Scott said he is cautioning Mayor London Breed not to end the curfew too soon.
“Looting, destroying property, hurting people, causing just total havoc has to stop. I give my advice as a police chief to the mayor. The mayor makes the decision and my advice to the mayor is as long as we see what we’ve seen in the last couple of days, I’m going to advise her to not let the curfew end.”
Scott made the remarks at a press conference attended by Mary Ellen Carroll, the executive director of the department of emergency management, Sheriff Paul Miyamoto, and Fire Chief Jeanine Nicholson.
The police chief was asked if he could provide evidence of criminal actors in the midst of otherwise peaceful demonstrations.
“Absolutely I can. A loaded handgun. explosives in a backpack last night. On Saturday night, there were several Molotov cocktails thrown at officers, individuals who came to this city with crowbars, bolt cutters that were designed specifically to get into businesses to take property and loot. We saw a van passing out bricks to throw at officers on Saturday night. If that’s anybody’s idea of a peaceful protest, we need to talk about that.”
Scott said the department will remain out in force with assistance from 208 other law enforcement officers who have come from other counties in the state to assist the SFPD during the unrest.
Other updates from today’s press conference:

A segment from our radio show, “Civic.” Mayor’s Press Conferences Listen day of the event at 7 p.m. on 102.5 FM in San Francisco.