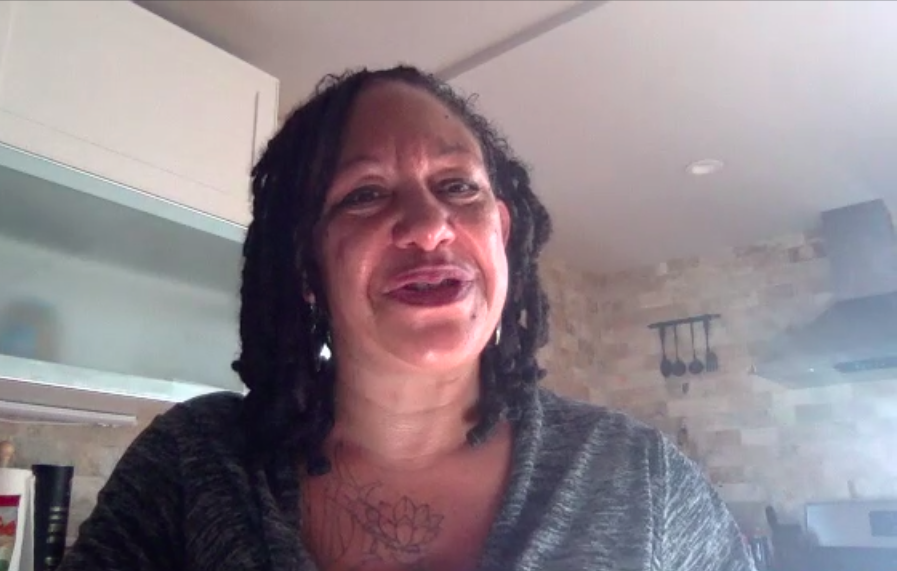 Activists, including Cat Brooks with the Anti Police-Terror Project, announced their plans for a weekend of virtual training and ceremonies and a car caravan on Martin Luther King Jr. Day at a virtual press conference Friday.

“While King’s legacy has been whitewashed, while he has been watered down to an image and a character that people can feel comfortable with, we take this weekend to remember that he was a revolutionary, he was a scholar, he was willing to put his body on the line for the liberation of Black bodies.” said Cat Brooks, executive director of the Justice Teams Network and co-founder of the Anti Police-Terror project, which organizes against police brutality.

This year the activists have adapted their events to the pandemic, hosting virtual training and ceremonies. Their three days of events were to culminate in a car caravan from the Port of Oakland to the Eastmont Mall at noon Monday. The demonstrations also come in the wake of a riot in the U.S. Capitol, where law enforcement agencies’ response was tepid compared with their reactions to Black Lives Matter protesters over the summer. Several police officers are among the accused rioters.

“This is something APTP has been saying for a long time now, that the police and white supremacists have been working together to exploit and terrorize Black and brown communities,” said Rebecca Ruiz, a cofounding member of Anti Police Terror Project.

George Galvis, executive director of Communities United for Restorative Youth Justice, or CURYJ, referred to a sermon King gave the day before he faced trial for violating Alabama’s anti-boycott law, in which he described peace that results from “capitulating to the forces of darkness” as “obnoxious.”

“Growing up in elementary school and middle school, as we were taught about Dr. King, we were taught this co-opted, sanitized, whitewashed version of Dr. King that was really meant about social control, it was about behaving well, it was about assimilation,” Galvis said. “Dr. King described that very same kind of peace in his sermon, When Peace Becomes Obnoxious, and he described it as a negative peace.”

On Friday, the organizers called for funding to be pulled from law enforcement and invested into services like education. Nikki Bas, president of the Oakland City Council and the representative for District Two, quoted King’s writing about scarcity — which he said had “vanished” while resources were being concentrated in the hands of the wealthy — in the context of government budgets.

“Our communities have been for decades at every level of government. Defunded in terms of housing, jobs, health care and more,” Bas said. “As that defunding has happened, what has grown is our policing and carceral state, our police budgets have grown to be the solution to almost every social ill that we have.”