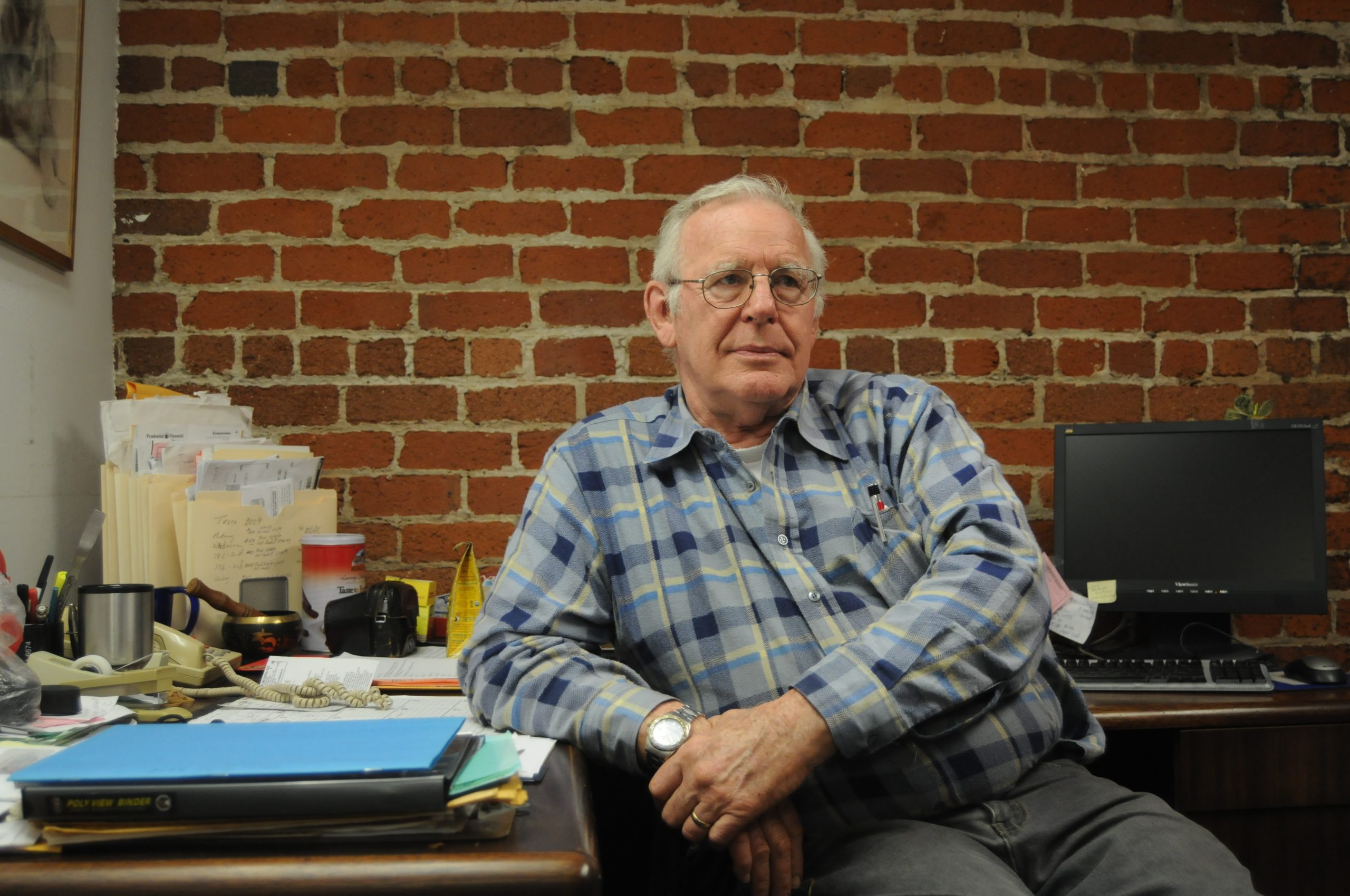 “I’ll lose this building because of eminent domain,” said John Gasser, at his Second Street office at Adolph Gasser. The photography store, in operation for nearly 60 years, must relocate to make room for part of the new Transit Center. Photo by Angela Hart/SF Public Press.

Business owners and residents in the path of San Francisco’s ambitious, new $4.2-billion transit-center redevelopment are voicing frustration that part of the neighborhood is being pressured to relocate. They include not only eight parking lots, but 26 other businesses and at least 24 live-work lofts.

The redevelopment of an emerging “transit center district” will bring billions of dollars of new housing, transportation and business to what planners call an under-used slice of South of Market.
Some small-business owners are conflicted. They say that while the project may be good for the city and for the region, it’s bad for their livelihoods. The nation’s struggling economic climate has taken a financial toll, they say, and it’s difficult to relocate when there’s no financing available. Moving will make it hard to sustain their current clientele.
The city can use eminent domain to demolish 21 buildings in a 145-acre chunk of downtown. It needs the space to create a complex where rail, bus lines and retail converge. The new center includes:

Governments can invoke eminent domain to condemn any privately owned land as long as it is for the public use and the owner is paid a fair price. Thus far, eminent domain has been used to secure only one property, but the rigorous legal process is often what pressures property owners to agree to move.