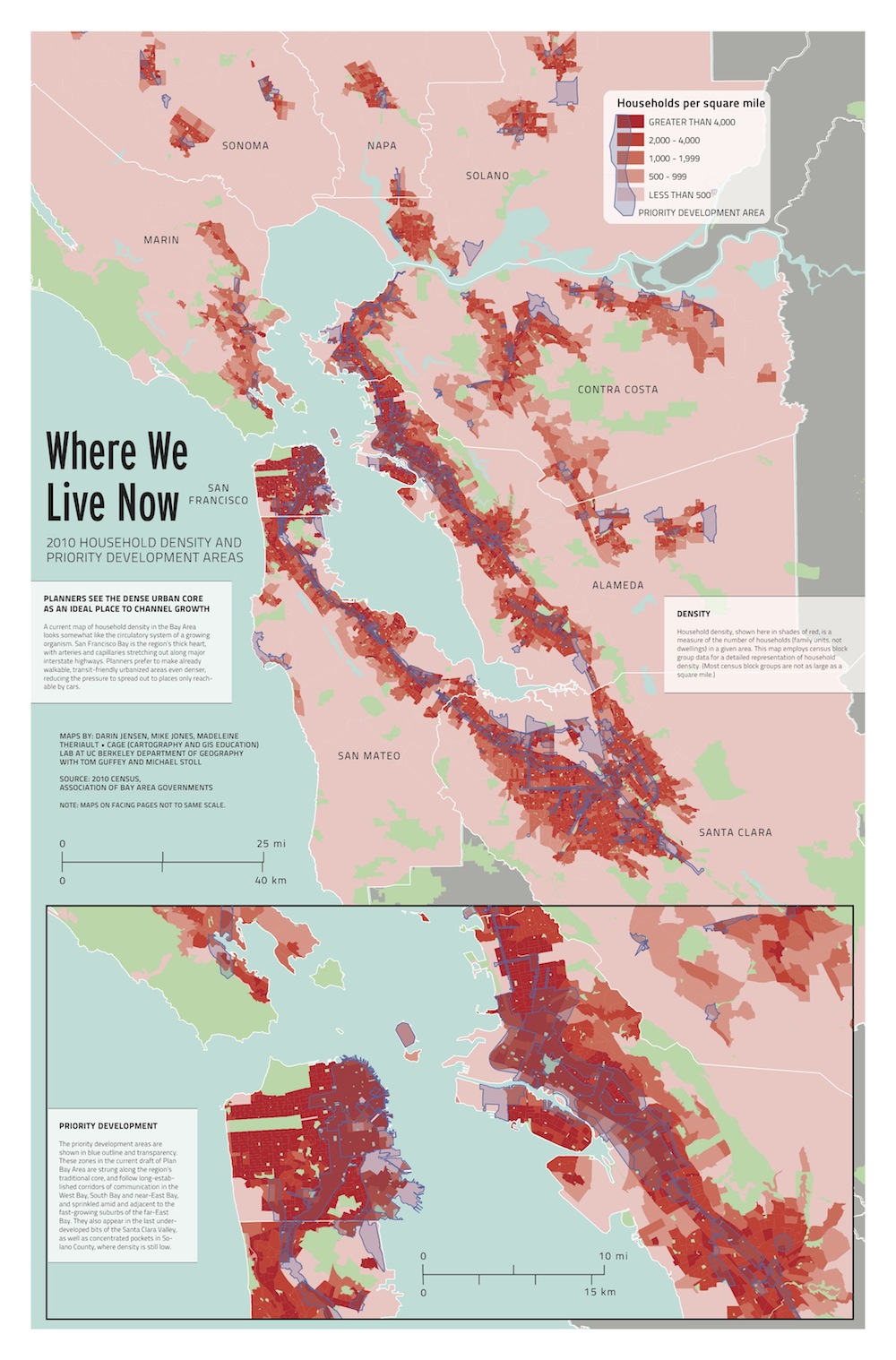 This map was produced by Darin Jensen, Madeleine Theriault and Mike Jones of the CAGE (Cartography and GIS Education) Lab at U.C. Berkeley’s Department of Geography, and by Thomas Guffey and Michael Stoll of the Public Press.

Part of the challenge facing regional planners, who wrote the 30-year Plan Bay Area, is that it is hard to predict future population growth. The current list of more than 200 potential priority development areas in the plan tracks established high-density zones closely, indicating that the Association of Bay Area Governments, the Metropolitan Transportation Commission and other regional agencies want to fill in developments in areas that are already highly urbanized or near mass transit lines, instead of in undeveloped or underdeveloped suburban settings.

The priority development areas are shown in blue outline and transparency. These zones in the current draft of Plan Bay Area are strung along the region’s traditional core, and follow long-established corridors of communication in the West Bay, South Bay and near-East Bay, and sprinkled amid and adjacent to the fast-growing suburbs of the far-East Bay. They also appear in the last underdeveloped bits of the Santa Clara Valley, as well as concentrated pockets in Solano County, where density is still low.

View the full-size map, which ran in the newspaper as a broadsheet page, 13.5 inches wide by 21 inches tall.