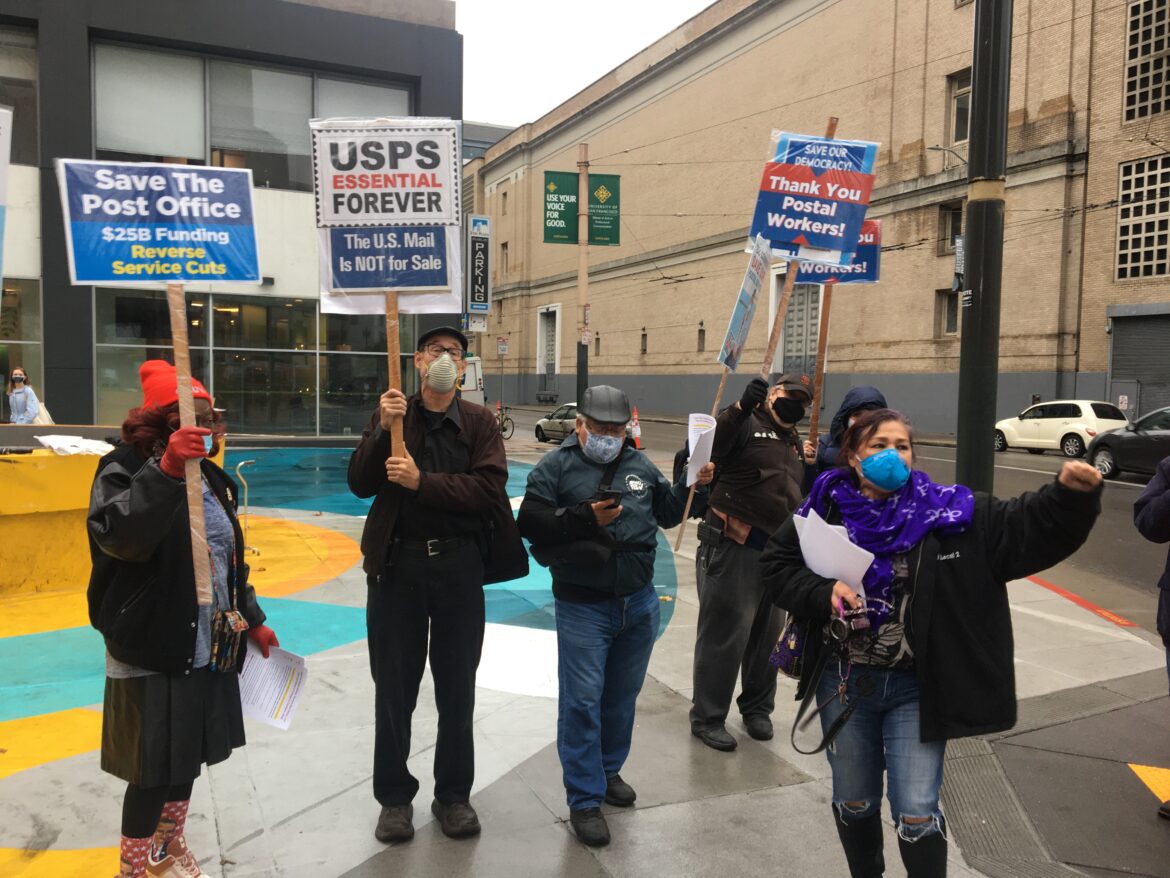 Union organizers and mail workers rally to support the postal service at Fox Plaza in San Francisco on Nov. 17, 2020

Postal workers nationwide rallied on Tuesday to demand Congress approve $25 billion in emergency funding for the Postal Service to ensure its continued operation, and reverse workflow changes made by Postmaster General Louis DeJoy. In San Francisco, members of the American Postal Workers Union San Francisco Local #2 gathered in the rain in front of the Fox Plaza post office to distribute leaflets, saying the service was still in dire need of congressional aid and could shut down next year without it.

“We want added service for the American public, not decreased service. We need the Congress, we need the public, to please call your Congress, especially our senators, and ask them to fund us the 25 billion,” said Shirley Taylor, a national business agent for the American Postal Workers Union’s clerk division.

While the Postal Service operates without federal funding, relying on revenues from customers, the coronavirus pandemic has affected mail volume, which decreased revenue, and in staff having to take sick leave, which adds costs. The November election, carried out in California almost entirely by mail, brought an increase in work for the already stretched service. Though the holiday season may bring additional mail and thereby revenue, Taylor said the service is expected to be out of money by early next year and would need to shut down.

DeJoy, a Trump donor who was appointed in May, had also initiated significant changes — billed as cost-cutting measures — prior to the election, which courts had ordered the Postal Service to suspend. These included restricting overtime pay and dismantling or disabling mail sorting machines. Local mail workers have repeatedly called for those changes to be reversed, saying they delay service, and renewed that demand on Tuesday.