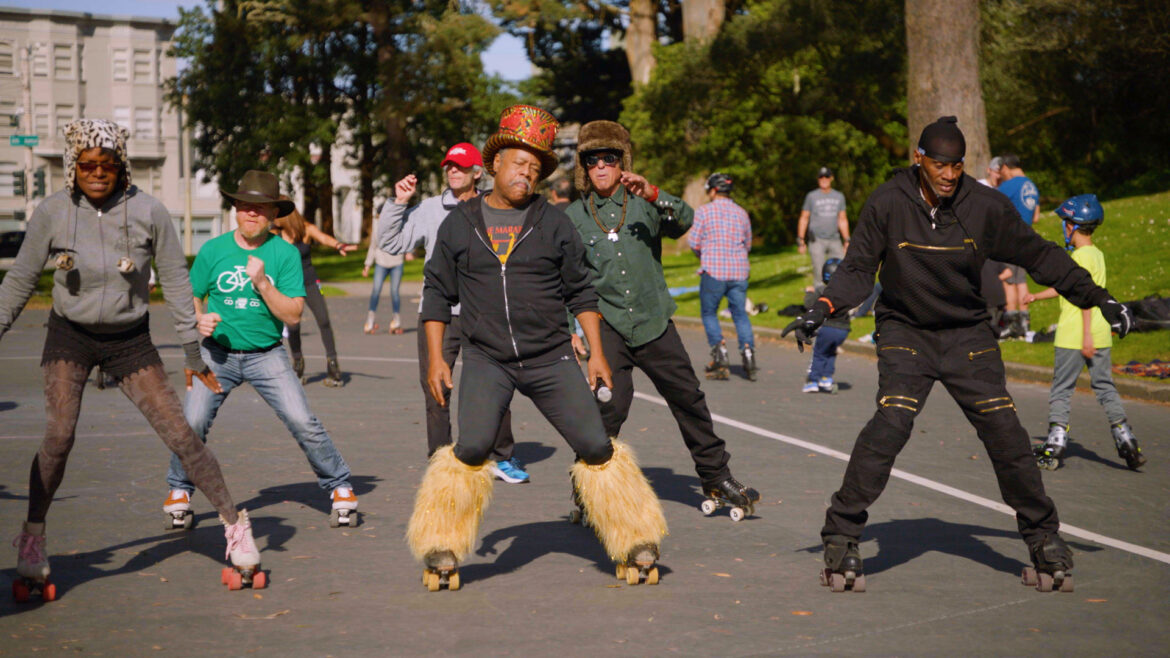 Still image from “Playing for Keeps.”

With the help of a doctor who studies play and the stories of people who work high-stress jobs, the new documentary “Playing for Keeps” posits that humans benefit greatly from playing, and suffer when we are deprived of play. Isabella Miller, who prior to the coronavirus pandemic would regularly go swing dancing, and David Miles Jr., known as the “godfather of skating” and the proprietor of San Francisco’s roller disco, the Church of 8 Wheels, are featured in the film. They joined “Civic” to reflect on how they play and how that has shaped their lives.

Miller took a job in politics in Washington, D.C. straight out of college, and found that while she was passionate about politics, that work left little room for any other passions.

“It’s the kind of environment that is all consuming. And if you are not 100% committed 100% of the time, you’re just, you’re not in the club anymore,” she said. “And so I decided that that wasn’t who I wanted to be.”

She returned to the Bay Area, and began looking for ways to make friends and reconnect with herself. She walked into Cat’s Corner, a San Francisco venue which holds swing dance classes and parties, which Miller said felt inviting.

The beginner’s course, she said, “was really all it took for me to get hooked. And I just decided to go every single week. And after a year, I had basically transformed my life into this being a huge priority. And once that happens, it’s kind of hard to go back,” she said.

For Miles, work and play had blended from almost the beginning of his time in San Francisco. He arrived in the city as a bricklayer looking for work, but was instantly taken with the roller skaters he encountered in Golden Gate Park. At the time, thousands of skaters would throng the park, and when the numbers topped 25,000, Miles said, the city nearly banned skating in the park. Instead, in 1979, a skating safety patrol was founded, and Miles joined up. A stint working for the Recreation and Parks Department followed, and then came the idea for creating a roller rink.

The documentary punctuates a researcher’s and educator’s explanation of the importance of play to physical and mental health with the personal experiences of people who prioritize play in their stressful lives.

Miller said she has never “experienced such presence of mind” as when she’s dancing. “It brings you to the moment and time kind of slips away,” she said.

For Miles, the film carries a “familiar energy.”

“This is about the importance of play by people who can’t live without it,” he said.