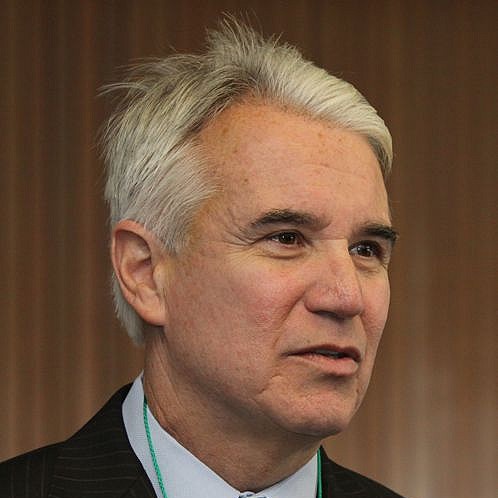 San Francisco District Attorney George Gascón said he is examining why his office’s prosecutions for domestic violence crimes was the lowest per capita in the Bay Area. Creative Commons image by Flickr user Shawn Calhoun

San Francisco District Attorney George Gascón said he is examining why his office’s prosecutions for domestic violence crimes was the lowest per capita in the Bay Area.

Gascón’s comments came after San Francisco Public Press executive director Michael Stoll was interviewed on the evening local news on KQED about the quarterly newspaper’s cover story, “Domestic Violence: A City Responds.” The special report reveals that in contrast to a “no-drop” policy for prosecutions even in cases in which victims refuse to cooperate, more than three-quarters of cases are dropped before going to court. That’s the second-lowest rate in the nine-county Bay Area, and the lowest by population.

Gascón, who did not make himself available for comment during the two months in which Public Press reporters requested an interview, said at a news briefing last week that he was unsure why the department lagged behind the rest of the region in taking domestic violence investigations through to disposition in court.

“We are going to assess why that has occurred,” Gascón said Thursday, as first reported by KQED News. “But it appears to be a trend that has taken place during the last decade. And today I do not have an answer as to why.”

Asked to elaborate on what such an assessment would consist of, Assistant District Attorney Alex Bastian said he would research the question, but did not call back.

When asked earlier to explain the low prosecution rate, Bastian issued a prepared statement from the office: “Domestic violence cases are notoriously difficult to prosecute. Victims frequently recant, and depending on other evidence, the cases can be quite challenging. We only charge a case when we have a good faith basis to believe that we can prove the case beyond a reasonable doubt.”

San Francisco instituted a “no-drop” policy through a series of citywide reforms after a gruesome homicide in 2000 showed gaps in the criminal justice response to domestic violence. “No drop” means prosecutors should pursue cases for which there is strong evidence even when victims refuse to cooperate.

But in San Francisco, these cases go to court less often than in any other Bay Area county except for Contra Costa, a Public Press survey of the region found. Cases may be dropped for several reasons including lack of sufficient evidence, though in several cases, police documents show, prosecutors cited lack of cooperation as a reason to decline a case.

Domestic violence is the cause of half of all the murders of women in California, and many perpetrators are repeat offenders. No-drop policies are designed to protect victims of domestic violence from retaliation, and also to disrupt patterns of escalating abuse.

San Francisco prosecutes 29.5 domestic violence cases per 10,000 residents. That puts it last in the Bay Area. Napa County tops the list at 179.1.

Cristine Soto DeBerry, Gascón’s chief of staff, has said that the District Attorney’s Office only has data on domestic violence prosecutions going back to July 2007. That means that if San Francisco’s low prosecution rate has roots somewhere in the previous decade, as Gascón has said, his office may have trouble finding it.