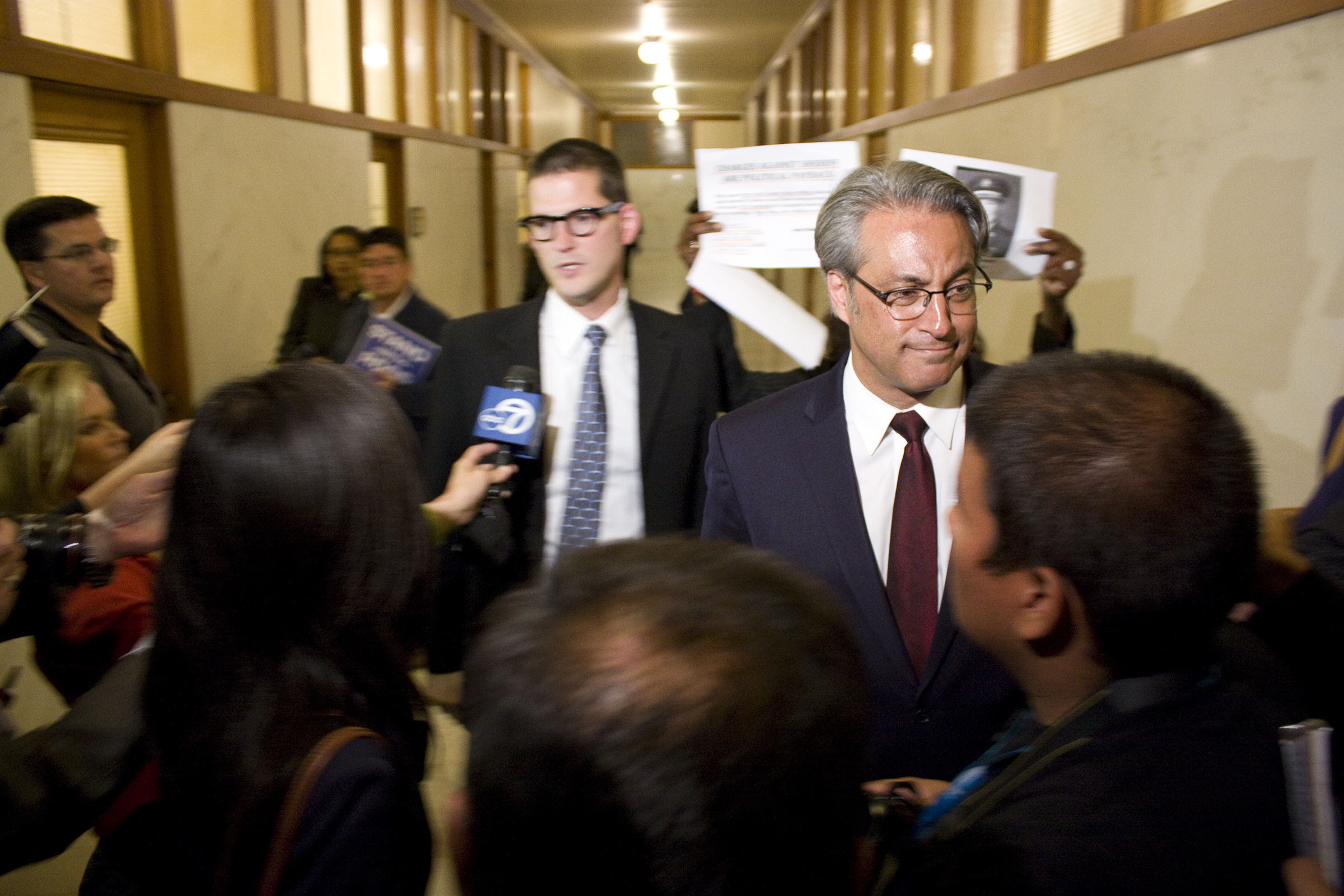 As the city’s Ethics Commission continues to debate whether Mirkarimi is fit to hold his elected position, the complex game of personality, politics and procedure has for the most part eclipsed larger policy questions about the city’s approach to handling thousands of cases of domestic violence each year.

But advocates for victims say the hearings are helping to generate awareness about the wider problem of domestic violence, and the needed response from social service agencies and law enforcement. Data from the city’s Department on the Status of Women show that compared with the same period last year, the number of nights spent by clients at shelters was up 64 percent, to 3,822. Those numbers indicate an 8 percent increase from the previous quarter.

“The results of this hearing have the potential to cost lives,” said Beverly Upton, executive director of the Domestic Violence Consortium. “The world is watching. Victims and perpetrators are watching what you do here. I’m worried about the people who are seeing this on television inside their homes.”

The ethics commissioners, Upton added, “are not thinking about the message they are sending to women, children and male victims in their community.”

Kathy Black, the executive director at La Casa de las Madres, California’s first domestic violence shelter founded in 1976, said her agency had seen a 12 percent increase in calls since January, which she attributed to the publicity around the Mirkarimi case. She said the movement to curb domestic violence is still “young,” so a high-profile case gets people to pay attention and helps victims step forward.

Calls to the crisis hotline run by Woman Inc., a San Francisco-based organization that helps domestic violence victims, jumped 22 percent between December and January, to 1,909 for the month. In February, calls remained 19 percent above the same time last year.

“Domestic violence was treated as a private matter. Police would come and walk the father or husband around the block to separate the two, then tell them to go work it out or to keep it to themselves,” Black said. “Not acknowledging domestic violence — minimizing it — is a disservice to hard-fought strides.”

Upton said that the city has reduced domestic violence homicides by 80 percent since 2000, when, in a highly-publicized case, Claire Joyce Tempongko was killed by ex-boyfriend Tari Ramirez at her home in front of her two children. “We’ve had a lot of success by being able to sit at the table with all law enforcement and trust that they have the same agenda of protecting our city’s most vulnerable residents,” she said.

David Waggoner, one of Mirkarimi’s lawyers, said, “Sheriff Mirkarimi welcomes any increased attention to domestic violence and the empowerment of victims and families.” At the Ethics Commission hearing Friday morning, Mirkarimi expressed regret for earlier saying that the case was a private family matter.

After an incident in January that resulted in the bruising the arm of his wife, former Venezuelan soap star opera Eliana Lopez,  Mirkarimi was suspended from his job three months ago by Lee. Mirkarimi pled guilty to a misdemeanor count of false imprisonment for not allowing his wife to leave their home for 18 hours after the incident, and he was  sentenced to three years of probation and 52 weeks of domestic violence classes.

“Countless women have lost their lives because society turned a blind eye to the violence they suffered in their homes. People in our community should know that domestic violence will not be tolerated, no matter who the perpetrator, no matter who the victim,” District Attorney George Gascón said at the time of Mirkarimi’s plea. However, as Mirkarimi’s case changed from an incident of domestic violence to a political tussle over whether the sheriff could hold his post with a “standard of decency, good faith and right action,” the issue of domestic violence has also grown increasingly lost in the political debate.

Some advocates against domestic violence hope that the sheriff’s suspension will be sustained as a symbol to perpetrators of abuse. The website of La Casa de las Madres features a list of actions Mirkarimi’s opponents can do to show they are “engaged in this process and that domestic violence is NEVER a private matter.” Black said, “It’s bigger than one person and one incident: it’s about the community’s response to domestic violence.” Jamie Cox, outreach and volunteer coordinator, said she hopes that the Ethics Commission will arrive at a result that “champions accountability and appropriate standards of conduct from our elected officials.”

On the other side, Shepard Kopp, Mirkarimi’s attorney, said the issue of domestic violence does not relate to whether Mirkarimi can uphold his duties as sheriff. “If the sheriff were to take office and not come right out . . . and say, ‘Domestic violence is a serious issue that has to be taken seriously,’ I’m pretty sure that sheriff would not be subject to removal from office.”

Among the handouts that Mirkarimi’s supporters distributed was a poster criticizing Lee, ending with the quote: “Who has not bruised the heart of the ones we love.”

Under the City Charter, after the mayor suspends an elected official, the Ethics Commission is required to hold a hearing and provide a list of recommendations to the Board of Supervisors about whether the charges should be sustained.