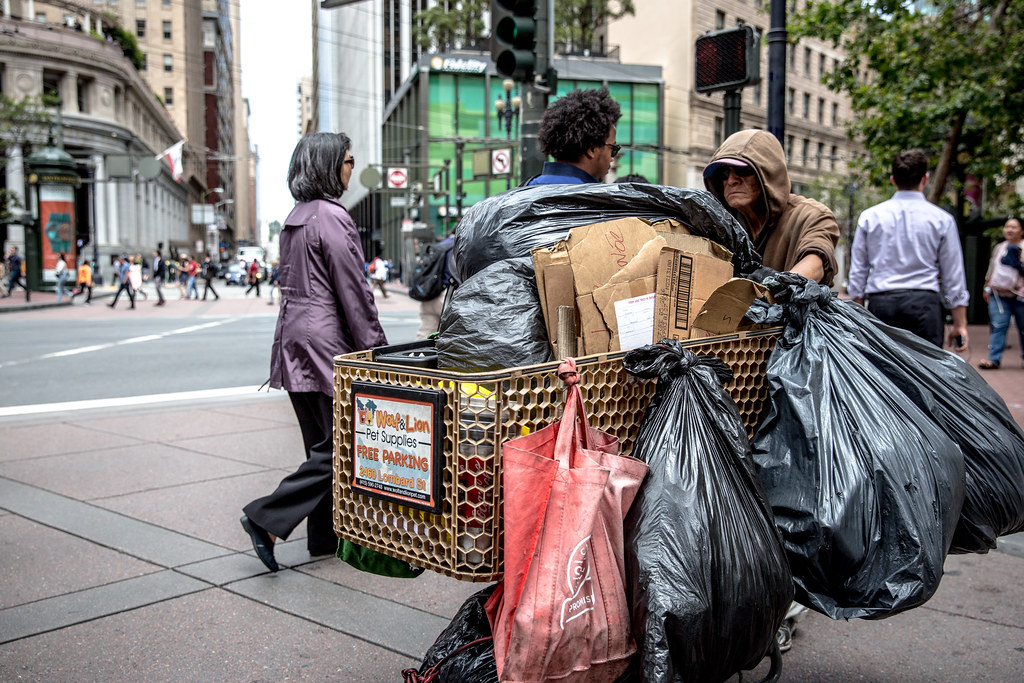 The city is seeing a surge in COVID-19 cases among the homeless this month.

Coronavirus cases have soared this month among San Francisco’s homeless population and residents of the city’s single-room-occupancy hotels. The city reported 59 confirmed cases of COVID-19 among unhoused people from Dec. 1 to Dec. 18, more than in September, October and November combined.

The numbers, updated by the Department of Public Health on Friday, reflect a more dramatic rise in unhoused coronavirus cases than reported by the San Francisco Chronicle Dec. 15, largely because the data for November was later revised down by 20 cases to 23. If positive cases continue at the same rate as in recent weeks, there could be 102 new infections among unhoused residents by the end of the month.

This is the largest surge in COVID-19 cases among unhoused San Franciscans since April, when 135 homeless people tested positive, largely driven by an outbreak at Multi Service Center South homeless shelter.

Residents of single-room-occupancy hotels have also experienced a rise in cases. From Dec. 1 to Dec. 11, 34 residents have tested positive, an infection rate that, if sustained, would yield 96 new cases by the end of the month. There were 87 cases in November, 21 in October and 51 in September.

And the recorded cases may be an undercount. A city official said the numbers do not include vehicle dwellers.

“This is a surprise,” said Keegan Medrano, director of policy at the Coalition on Homelessness, of the exclusion of those living in vehicles from the count. “I’m aghast.”

This increase is part of a general rise in coronavirus cases throughout the city as cold weather pushes residents, housed and unhoused, into enclosed spaces, an unidentified representative from the COVID Command Center said in an email, noting that sharing enclosed airspace increases the risk of contracting and spreading COVID-19.

In a Dec. 16 presentation to the Shelter Monitoring Committee, the city’s homeless shelter oversight board, COVID-19 Command Center Operations Deputy Deborah Borne told the committee that people who live in their vehicles are not counted as unhoused in city data, two members of the committee confirmed.

This means that even the reported surge could be understated.

“Although people who live in vehicles are not currently reflected among the cases tally on the data tracker, we are tracking these cases,” a command center representative said in an email. The center did not provide a number of positive cases among vehicle dwellers by publication time.

In response to the surge, the city has opened more emergency hotel rooms so homeless and other vulnerable residents who are exposed to or test positive for COVID-19 can isolate and quarantine themselves, the COVID Command Center representative said.

Last week, the city reported 25 available isolation and quarantine hotel rooms. As of Monday, there were 80 such rooms available, according to a city dashboard tracking emergency housing sites.

Dipak Gandhi, 72, a resident of a Tenderloin single room occupancy hotel, tested positive at the beginning of December, he said. He decided to move into another room in the building to protect his wife, but she tested positive a few days later. They have since moved back in together.

Despite other health difficulties, they have weathered the virus surprisingly well, Gandhi said.

The health department has been delivering the couple food and helping them get to doctor appointments, he said. “They were calling all of the time over the phone. Even when there are so many patients, even then they took nice care of us.”