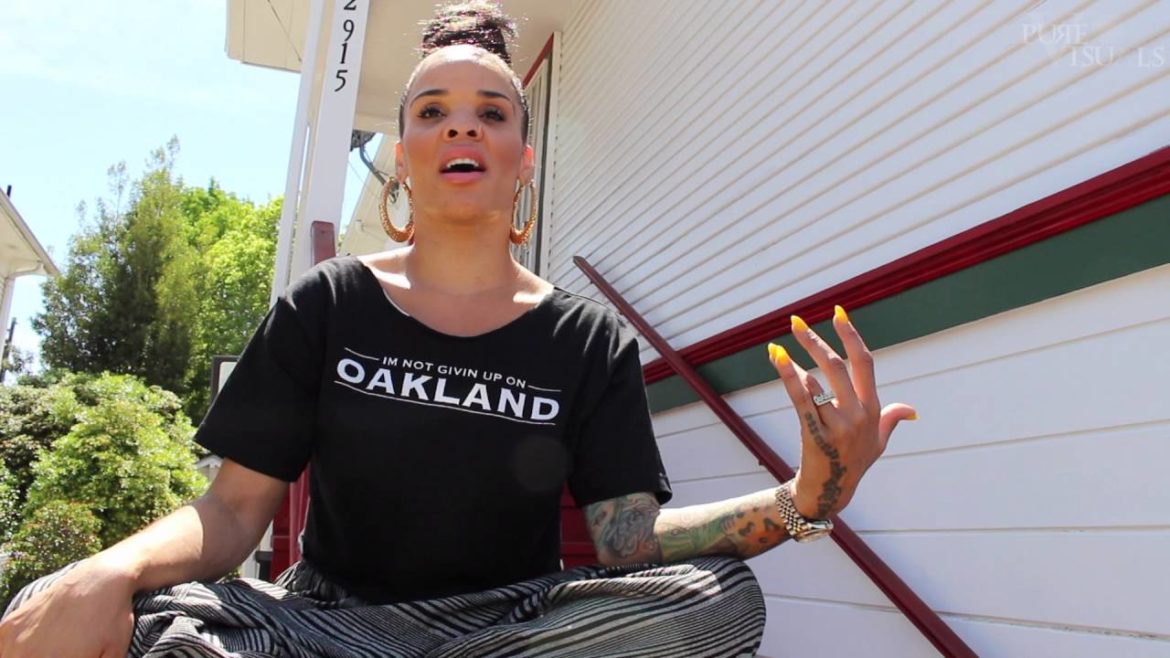 Shayla Jamerson, founder of events company SoOakland, launched a fundraiser for black-owned businesses in Oakland that has brought in more than $300,000. It's just one of several such community efforts; collectively, local groups have raised more than $1 million. Courtesy SoOakland

Two of the biggest fundraisers were launched by black women – one a business owner and one a community member acting on her own initiative – who together raised almost $400,000. Other initiatives were led by black business and community organizing groups.

“Black businesses are a pillar of Oakland,” said Shayla Jamerson, an activist and founder of SoOakland, an events company. “It’s important for us to just make sure that we pour as much into them as they pour into us.”

When Jamerson saw that black-owned businesses had been damaged by looters during protests, she decided to use her platform to help. She began by posting a GoFundMe asking for people to help her reach a goal of $5,000 to support small black-owned businesses that had been looted and damaged. The fundraiser took off, drawing donations from people all over the world.

In less than two weeks, Jamerson and her team at SoOakland raised close to $300,000. Now they not only have enough money to support almost 50 businesses that have applied for damage relief funds, but they are also able to support businesses affected by the COVID-19 shutdown.

Other fundraiser campaigns supporting black-owned businesses have also been met with an outpouring of community support. Oakland resident Elisse Douglass started a GoFundMe with the same purpose and raised over $100,000 in a week. She also had almost 100 people sign up for future volunteer options.

She is using some of the funds toward replenishing the coffers of black-led nonprofits that have been putting their money toward damage relief. “As we navigate this time, I encourage everyone to value lives first — please prioritize donating to bail out funds, legal defense funds, social justice funds and other organizations continuing the daily fight to end structural racism rooted in white supremacy,” Douglass wrote on her GoFundMe.

Other organizations including The Town Experience, an Oakland community organizing group, have been cleaning the streets of Oakland following protests. The group has hosted two small business community cleanups, with the most recent one attracting more than 500 people. It has also raised over $25,000 to support black-owned businesses.

The Oakland Indie Alliance, a group of independent local businesses, has raised over $115,000 through its small business repair fund and is issuing grants of $600 to Oakland businesses.

The Oakland African American Chamber of Commerce started fundraising after hearing about how many black-owned small businesses were not receiving funding from the federal government’s Paycheck Protection Program. That program offers businesses forgivable loans to pay up to eight weeks of payroll, mortgage interest, and rent and utilities. The chamber has raised half its goal of $1 million for grants to black-owned businesses earning $200,000 a year or less.

“It is our hope that this is a worldwide awakening brought on by COVID and made even stronger given the unrest that we are experiencing,” said spokeswoman Sandra Varner. “We recognize that we have got to be in it for each other, we have got to help each other.”

With that kind of mutual support in mind, the Bay Area Organization of Black-Owned Businesses is launching an app this week for community members who want to find black-owned businesses in their area. “The playing field is imbalanced due to all sorts of things that are actually outside of the control of the customer as well as the business owner,” said spokeswoman YaVette Holts. “The more that we’re able to connect those two, the more we’re able to bring that back into balance.”

City leaders are conducting an inventory of businesses that have been damaged by looting and other unrest during Black Lives Matter protest, and plan to release the data, said Harry Hamilton, of the City of Oakland’s Economic & Workforce Development Department. As of June 9, his team had counted 197 businesses damaged during protests.

“Oakland is very fortunate that we have many different nonprofits that are here to support our small business community,” he said. “Not every community has that level of support, and I’m so delighted that the community’s rallying around small businesses to support them.”