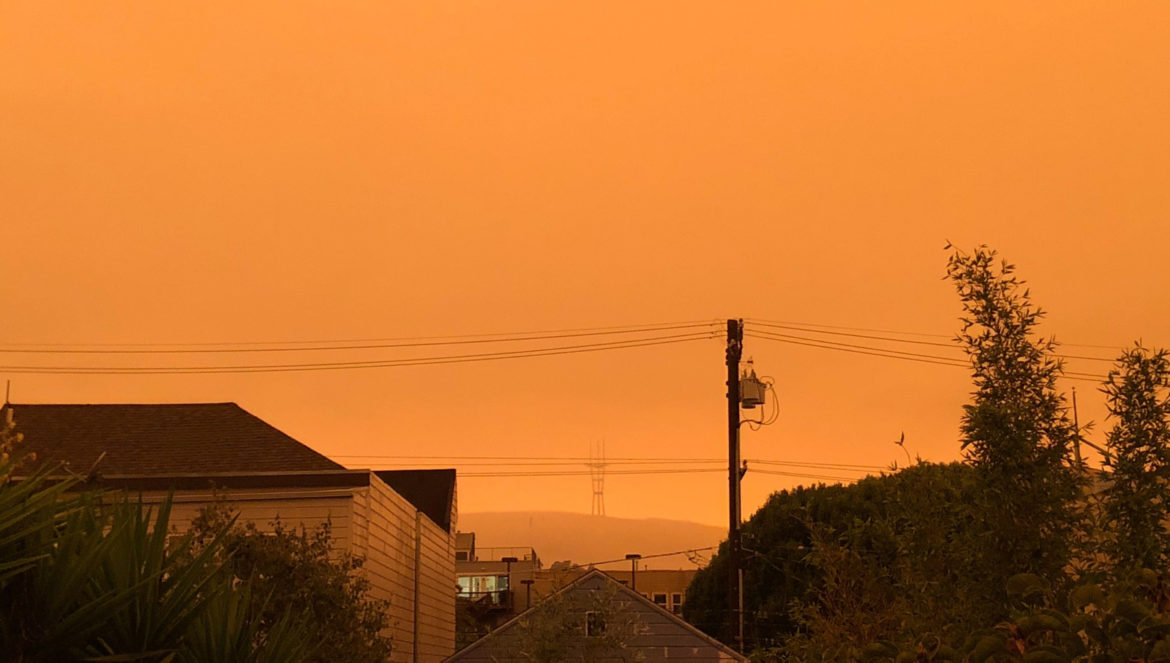 Tens of thousands of people are facing evacuation orders and threats to their safety as fires continue to blaze across the Western United States. These disastrous fires are one of the effects of climate change that scientists predicted, said climate activist Laura Neish, executive director of 350 Bay Area and 350 Bay Area Action.

“This is pretty much dead on,” Neish said. “This is completely predicted. And the thing to be aware of is that it does seem to be happening rather faster than was predicted.”

It’s important to discuss the fires’ link to climate change, and to talk about climate change in general, she said — for example, by telling personal stories that illustrate its impacts. Neish has written about the industries that are exacerbating the climate crisis and the financial institutions that fund them. Without decisive, urgent action, she said, the fires and other fallout of climate change will only get worse.

“We have been very temperate in the way that we talk about the kinds of impacts, and the kind of an emergency, that we’re in, because we don’t want to freak people out,” Neish said. “But we need to start freaking people out. It is time to act.”