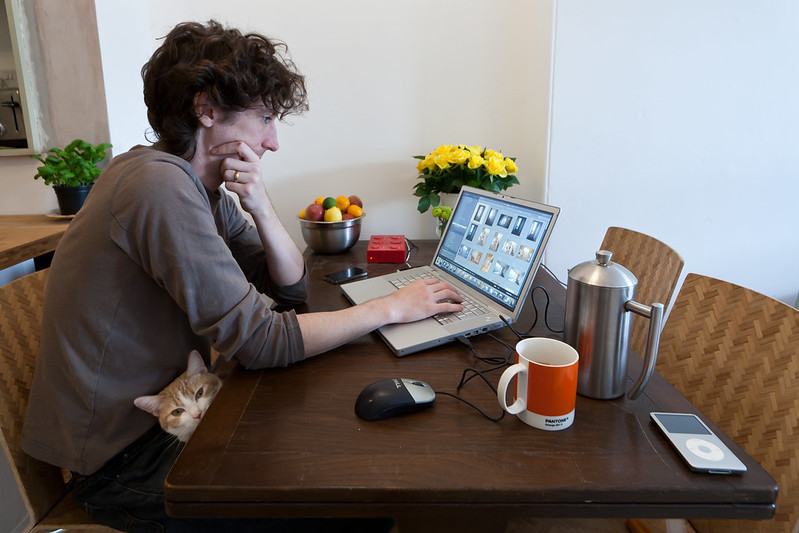 Local leaders have criticized a proposed mandate that would require the majority of office workplaces to ensure 60% of their employees are working from home on any given day.

“While we support many of the innovative and bold strategies Metropolitan Transportation Commission has developed to help address our shared transportation challenges and meet our emissions reduction targets, we remain concerned about the telecommute mandate and cannot support it as currently drafted,” said San Francisco Mayor London Breed and San Jose Mayor Sam Liccardo, in a joint statement released Oct. 14.

The proposed mandate, part of a long-term sustainability initiative called Plan Bay Area 2050, would require the majority of office workplaces to ensure 60% of their employees are working from home on any given day. The agency has not laid out a timeline for when the proposed work-from-home mandate would begin, nor how it would be enforced.

Sustainability advocates, including several members of the commission, warn the proposal doesn’t efficiently target emissions, and say it could lead to a potential decline in funding for public transportation, which is already struggling to stay afloat as coronavirus fears decimate Caltrain and BART ridership numbers. They also say the mandate will likely fail to target emissions from car journeys, doesn’t accommodate commuters who walk or bike to work, and ignores potential solutions like building high-density affordable housing in urban areas.

Plan Bay Area 2050 leadership refused to commit to the mandate’s inclusion or exclusion from the plan. “Sometimes ideas that come to pass in Plan Bay Area are implemented, and sometimes they’re not,” said Matt Maloney, director of regional planning for the commission, which is spearheading Plan Bay Area 2050 alongside the Association of Bay Area Governments.

How the 60% rule affects public transit

The Bay Area must reduce its greenhouse gas emissions by 19% before 2050. If it fails to do so, the region will have violated SB 375, a law passed in 2008 that allows the California Air Resources Board to set regional targets for greenhouse gas reductions.

The 60% work-from-home mandate, meant to help achieve emissions reductions, would target offices with 25 or more employees, which analysts say would keep roughly a quarter of the Bay Area’s overall workforce from commuting on any given day. While this could reduce the number of cars on the road, it could also shrink the number of people commuting via public transport.

Advocates worry declining public transportation use will lead to more single-occupancy vehicles being used for commutes and short trips — a trend that could worsen emissions. Transportation accounts for 28% of the nation’s greenhouse gas emissions and about 41% of California’s emissions.

Plan Bay Area 2050 envisions approximately $400 billion in public transit investment over 30 years. The Bay Area’s public transport systems depend heavily on passenger fees, but since the pandemic has caused ridership to plummet, Plan Bay Area 2050’s revenue projections could end up way off base.

The anticipated rise in public transit investment “is dependent on there being the revenues,” said transportation commission member Nick Josefowitz, who also serves as policy director at urban think tank the San Francisco Bay Area Planning and Urban Research Association, or SPUR. But, he added, “they currently aren’t enough.”

Additional funding to make up for COVID-19-related revenue shortfalls has not yet been allocated to accommodate this. “At this point, the infusion of stimulus from the federal government for transit, as well as for other sectors of the economy, is badly needed,” said Maloney.

Cities that have worked to make carbon-neutral transportation more feasible, such as San Jose, which has launched a 2025 bike lane development plan, could find their investments undermined by the mandate. The Association of Bay Area Governments and the Metropolitan Transportation Commission have not yet worked out a strategy to ensure that commuters who walk or bike to work are excluded from telecommute requirements.

The mandate could also hurt marginalized communities. Without a firm commitment to increased funding for public transport, low-income groups and communities of color who depend on it will suffer, said commissioner Eddie Ahn, executive director of environmental justice nonprofit Brightline Defense.

“Not everybody has comfortable homes to work out of,” said Ahn, “so the idea that we can just simply force people to work from home, that everybody has the comfort and ability to do so, is a major equity concern.”

Maloney said comments from commissioners and members of the public have highlighted the need for a more nuanced approach to the proposed mandate. He emphasized that the telecommute is just one of 35 complementary strategies outlined in the blueprint that would help the Bay Area meet its emissions goals. “I think some criticisms of the telecommute mandate or are looking at it a bit in a vacuum,” he said.

Not all commissioners agree. Warren Slocum, president of San Mateo County’s Board of Supervisors and a Metropolitan Transportation Commissioner said although he supports the overall goal to reduce greenhouse gas emissions, he is concerned that the work-from-home mandate is the wrong method. He would prefer to see greater commitment to affordable housing in urban areas and reinforcing regional public transport links.

“Either dialogue, and invest time and energy trying to get compromise up front,” said Slocum, “or down the road, you will pay a significant price for not doing that important step.”