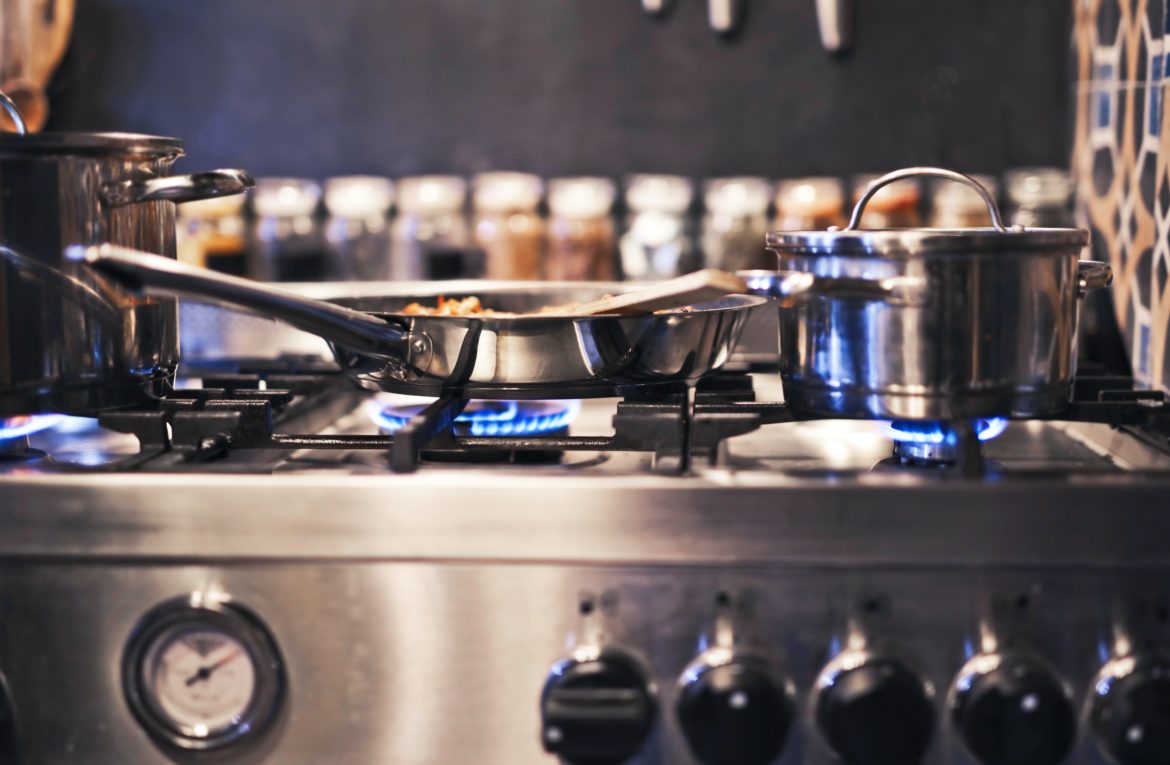 Starting Jan. 1, 2021, gas burners will be replaced by electric stoves in new buildings in San Francisco.

San Francisco may be edging closer to its climate goals with an ordinance requiring all new construction to use electric power rather than gas. But the next step down that road involves retrofitting old buildings — and it could add costs low-income residents can’t afford.

The ordinance, introduced by Supervisor Rafael Mandelman, is due to come before the Board of Supervisors in late August. It would mandate that all new buildings, as of Jan.1, 2021, can be only electric-powered, with exceptions for dual-power buildings addressed on a case-by-case basis. San Francisco is one of a handful of cities across the country to consider this proposal, following in the footsteps of Berkeley, which passed a similar ordinance in November 2019.

“This is the easy step, to not put in any more new gas pipelines when you’re doing construction,” said Joni Eisen, president of environmental advocacy group SF Tomorrow. “At some point gas pipelines will become stranded assets and people will have to spend a lot of money to retrofit.”

That point would be another ordinance requiring retrofitting all residential buildings to run off electric power rather than gas. Environmental advocates are pushing for San Francisco’s government to take action on this, and the government is listening as it looks for ways to meet its 2050 zero carbon emissions goals, which will require it to retrofit older buildings.

One of those advocates, Michelle Pierce, was aiming to get a head start. She thought fitting her home with an environmentally friendly heat pump to replace her gas power would be straightforward.

But it turns out that tearing out gas pipes and replacing them is complicated and expensive. That’s especially true for homes like Pierce’s in Bayview-Hunters Point, which is more than a century old. Like a lot of other residents in San Francisco’s southeast neighborhoods, Pierce has gas stovetops and a fast, gas-powered clothes dryer. Such appliances can feel like luxuries in the poorest corner of the city, the southeast corridor made up of Bayview-Hunters Point, Visitacion Valley and Sunnydale, where services and amenities are few and far between compared with other neighborhoods.

“It’s asking us to give up a lot,” said Pierce. Her environmental knowledge had made her eager to retrofit her home as soon as it seemed possible, but she expects her neighbors may be frustrated by the effort, expense and inconvenience of potential future retrofits.  “It has been very frustrating trying to transition to what the city is expecting in terms of retrofit and trying to actually find the technology that would work for us.”

She found that her house’s age meant she needed two different types of heat pump, each with several modifications. She spoke to multiple consultants who had fitted heat pumps in wealthier parts of San Francisco to try to solve her problem. None of them could tell her what would work, and her furnace and stove remain gas-fueled as a result. “The technology is not ready yet,” she said.

Can retrofitting be equitable in San Francisco?

Electric power is held up as a goal by Bay Area advocates, who hope that this will bring San Francisco closer to hitting its 2050 target. Residential and commercial buildings accounted for almost half of San Francisco’s carbon emissions in 2018, and more than 82% of all buildings are powered by gas, according to the Zero Emissions Building Taskforce, a special committee at the Department of the Environment.

“Getting rid of natural gas is a good thing for the environment because natural gas is just methane,” said Elena Engel, an advocate at environmental group 350 Bay Area. “But it’s also that it’s not good for human beings to be breathing it in either.”

Cooking with gas can lead to poor indoor air quality, with a higher concentration of damaging air particles than would be allowed in outdoor settings, according to a study conducted in 2013 by the U.S. Department of Energy’s Lawrence Berkeley National Laboratory. In a different study, researchers found that gas cooking can expose people to harmful particulate matter called PM 2.5, normally associated with pollution from cars and fires — meaning that for people with asthma and respiratory diseases, researchers believe that gas stovetops could contribute to long-term respiratory problems.

In order to meet its 2030 goals to reduce greenhouse gas emissions, San Francisco should already be retrofitting about 3% of households every year, according to the Department of the Environment. But even advocates say that figuring out a way to stop the costs of retrofitting from falling on the shoulders of San Francisco’s poorer residents is difficult, when older buildings typically house the residents least able to pay for retrofits.

“Guess who’s living in those buildings that are really badly insulated and so on?” said Paul Wermer, a member of the steering committee for the SF Climate Emergency Coalition. “It’s the people living in homes that quite probably their parents bought in 1945 and passed down in the family.”

Charles Sheehan, chief policy and public affairs adviser for the Department of the Environment, said the government is concerned with making sure any next steps it takes, such as retrofitting, are financially fair to San Francisco’s residents. At present, it could not answer questions about how the city would pay for a future retrofit program, or how it would work out expensive retrofits of older housing, particularly in the southeast corridor.

Many of San Francisco’s low-income residents live in neighborhoods in the southeast such as Bayview-Hunter’s Point, which are subject to some of the city’s poorest air quality and host a Superfund site. Avni Jamdar, a local director at the San Francisco chapter of environmental advocacy group Emerald Cities Collective, believes there is a way to make the transition equitable.

“Any ordinance that thinks about equity and an electric future should think about the supply side,” she said. She believed that the answer is in part “helping low income communities, especially in the southeast side of San Francisco to get trained” to help with retrofits.

But others within San Francisco’s environmental advocacy community don’t share Jamdar’s belief that simply retraining blue-collar trade professionals is a fair way to ensure that retrofits don’t adversely affect the city’s lower income groups. Wermer, of the Climate Reality Project, said that there would need to be extensive discussions among advocates, government departments and different affected groups within San Francisco to ensure that any retrofitting ordinances don’t disproportionately affect anyone, particularly trades groups and people of color.

“Retraining someone mid-career to start as an apprentice electrician doesn’t work. They lose everything they have developed,” Wermer said. “It’s not as simple as retraining.”