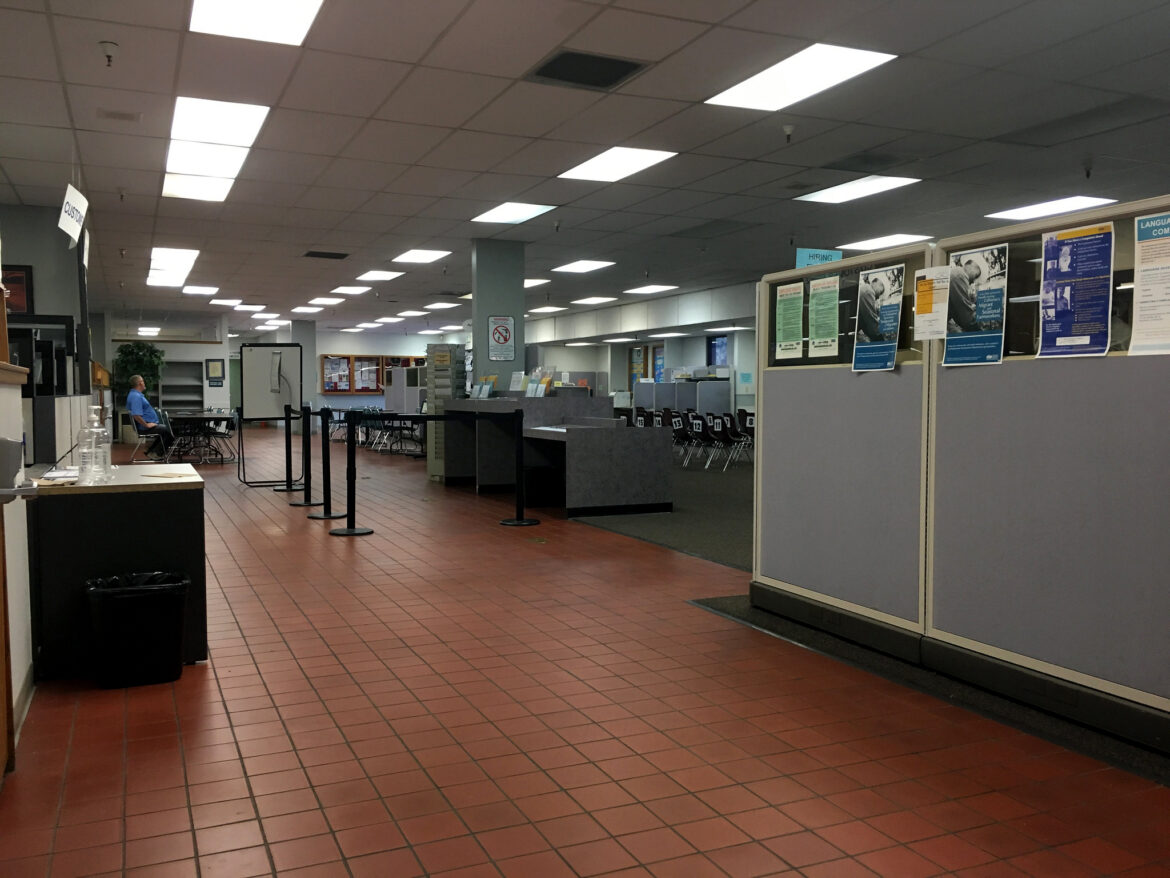 Robert Couse-Baker / used under CC BY 2.0

With more than a million people in California out of a job as a result of the coronavirus pandemic, the state’s Employment Development Department has been flooded with applications for unemployment benefits. Meanwhile, CalMatters, a nonprofit newsroom, has been reporting that the department is also grappling with fraud — and unemployed people are ending up locked out of their benefits. Lauren Hepler, the economy reporter at CalMatters, and Emily Hoeven, who writes CalMatters’ daily “What Matters” newsletter, joined “Civic” to explain how the situation has unfolded.

Estimates of the scale of the fraud seem to be continuously ballooning, according to CalMatters’ reporting. From December to late January, projections of how much the state’s unemployment department may have paid out in fraudulent claims doubled several times. The most recent estimate is $31 billion.

“Every week, it seems to just be a new figure,” Hoeven said. “It does seem that California is a main target for fraudsters, in part because of how large the state is. And there are so many benefits being paid out.”

California distributes its unemployment benefits through prepaid Bank of America cards. Both the bank and the unemployment department have responded to fraudulent claims with crackdowns which spell trouble for claimants who depend on their benefits, CalMatters’ reporting has shown.

“I’ve heard about a lot of people whose cards were allegedly being used in Vegas when they were never there. So they then report that to Bank of America. And in most cases, they’ve told me, ‘OK, we get the money back, you think everything’s fine,’” Hepler said.

Months later, when the state engages in fraud crackdowns in which the unemployment department freezes nearly a million accounts at once, claimants lose access to their funds.

“In some cases, Bank of America has then reversed those credits. And that’s how you end up with a negative balance,” Hepler said. “I’ve talked to people who’ve been in the red approaching $10,000.”

Some people, the reporters said, have found that their cases were resolved after CalMatters published an article about them. Others got help from their representatives in the legislatures, while for some, the only answer was to spend hours in phone queues. Hoeven said she spoke with one woman who had spent three consecutive days on the phone.

“It’s an odd position for us to be in, but quite frankly, multiple people that have appeared in our news reports have been made whole, they’ve been refunded. So there’s this question of public pressure that way,” Hepler said. “They’re calling anyone and everyone to try to get this resolved.”