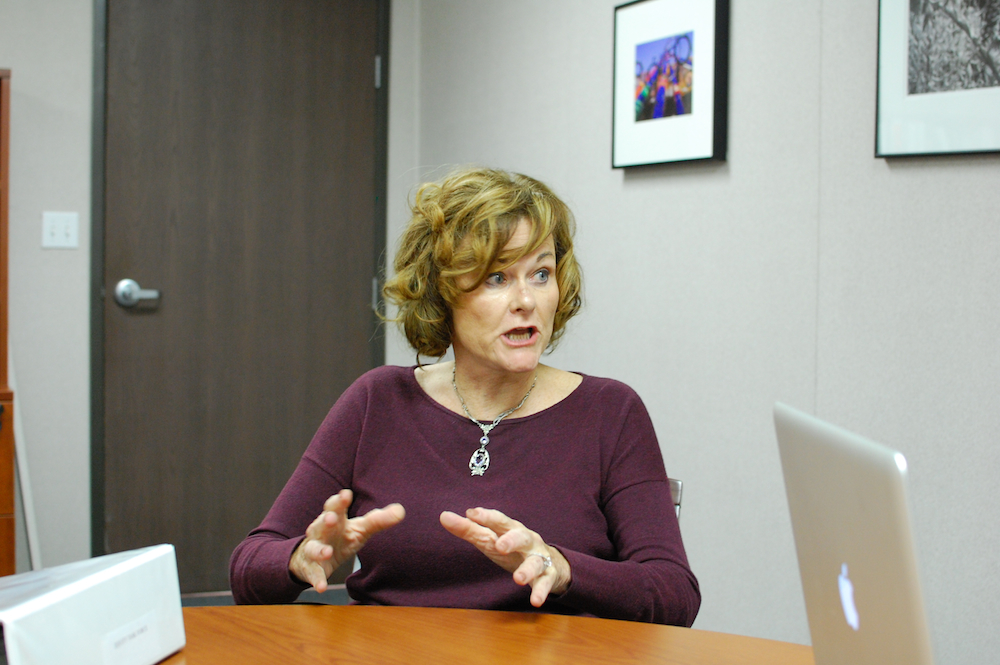 Part of a special report on education inequality in San Francisco. A version of this story ran in the winter 2014 print edition.

The tiny Albany Unified School District in the East Bay was, until 2011, like many others in the state: Schools with the best parent fundraising were able to reap all the benefits for their own kids.

Superintendent Marla Stephenson said the disparities had been immediately apparent when she began working for the district in 2008. Three years later she led the switch to a single annual campaign for all three schools — one that could provide an example for San Francisco and other districts struggling with inequities made worse by parent fundraising.

“If you were to walk onto all three elementary campuses, you would find vastly different programs within the school day,” Stephenson said. “I would walk onto the Marin school site, and I would find that chess classes were being offered to students during school time. I would go to Cornell, and I would see music lessons by professional vocalists being offered during school time.”

The third school, she said, was notably different: “I would go to Ocean View, and I would see nothing happening.”

Albany is a city of about 18,500 people northwest of Berkeley in Alameda County. Many families move there because of the reputation of its school district, which has three elementary schools — Marin, Cornell and Ocean View — that feed into a single middle and high school.

The elementary schools are roughly the same size but have different demographics.

According to the most recent data, 29 percent of the ethnically diverse Ocean View student population qualified for free or reduced-price lunches. There, parents raised about $40,000, a PTA representative said.

At Cornell, 14 percent qualified for lunch subsidies, and parents raised an estimated $64,000.

Marin, considered the wealthiest of the three with the most active PTA, had just 10 percent of students getting subsidized lunch. Parents there planned to spend more than $90,000 on school-day activities.

Critically, most of the money raised at Ocean View paid for costs such as buses for field trips, which parents in the wealthier schools were able to support with volunteer drivers and personal vehicles — another sign of affluence.

Stephenson urged the school board to consider more uniform programming across the schools during the school day. Those programs, she said, should be within the purview of the school board. This would ensure all the district’s children had equal access to enrichment.

In the fall of 2010, Stephenson agitated many parents when she tried cutting back on some school-day programs, given the disparity among campuses. Parents and teachers attended standing-room-only school board meetings to advocate for their schools. Those at the two wealthier campuses were upset that their children would not get programs that were already planned and financed. And those at the school with fewer resources tried to provide insight into why the disparity existed and needed to be addressed.

Some parents at the wealthier schools argued that their children were being penalized for what they perceived as a lack of investment from families at Ocean View. And Ocean View parents and staff said they felt misunderstood, wrongly pigeonholed as a campus with uncaring families. Ocean View allies, some nearly in tears, offered testimonials about the economic challenges their families faced.

After the meetings, Stephenson convened a task force of parents, teachers, administrators and principals. The group met for more than 20 hours over eight sessions to find a solution agreeable to everyone.

“There were two schools that really didn’t want to change,” Stephenson said about Marin and Cornell.

At Ocean View, initially teachers led the charge for reforms. They expressed outrage that Ocean View students were deprived of the rich programming available at the other two schools. Stephenson told task force members that the PTAs would not be allowed to continue funding school-day activities if Ocean View continued to be excluded.

The task force agreed on a joint $75,000 annual giving campaign, which included seed funding from the district, individual PTAs and a citywide community fundraising group called SchoolCARE. Other donations came from individuals. The money was split equally on a per capita basis among the elementary schools.

The PTAs are still able to fundraise on their own, for projects such as site improvements, assemblies and teacher support. But school-day programming — art classes, field trips, chess clubs or sex education — is off limits for private funds.

Parents, principals and teachers meet each spring to plan for fall programs. In late summer, the school board approves the contracts. The annual fundraiser is complete around November. The district manages the money.

Board member Paul Black said the districtwide campaign has “gone a long way” toward addressing equity issues. It has ensured that students in all three elementary schools receive equivalent programs during the school day.

And, he said, it also brought the three PTAs together.

“They know each other on a personal level,” Black said. “I think that will always help people to avoid making false assumptions and keep them more understanding across the schools. If one is lacking something, other schools will understand why and be more cooperative.”

When districtwide discussions about equity began in 2010, some parents said a pooled solution would be catastrophic, leading to a drop in donations. They claimed parents would be less willing to give money if they did not know where it would end up.

But so far, Black said, that has not been a problem: “There’s always the danger of donor fatigue, but so far it’s been pretty good.”

The school board now keeps better track of donations to individual PTAs so it can balance any inequities. If one PTA buys new computers or iPads for a classroom, the board might fund something equivalent at other campuses.

Marin Elementary School PTA vice president Kim Trutane said the Albany Elementary Giving Campaign has been so successful over the past two years that the parent committee is considering raising its goal to pay for more school-day activities. She noted that as the state budget situation improves (due to the passage of Proposition 30 last year), parents hope the district itself may be able to pay for some enrichment activities. In the meantime, the pooled fund is a solution that has worked for Albany.

“It’s led to more collaborative projects between the PTAs, and I think people just have a good feeling about making contributions that are split evenly among kids, which benefits the entire community,” Trutane said. At Marin Elementary, she added, “it has not hurt fundraising in other areas. I look at it as a real positive.”

Emilie Raguso is senior reporter at Berkeleyside, where she's worked since 2012. She previously launched and ran a thriving community news website in Albany, Calif. Her stories have been featured on the New York Times website, Salon and NPR. Raguso was a crime reporter for The Modesto Bee after getting her master’s in journalism from U.C. Berkeley in 2006. She has lived primarily in the East Bay since 2004. Emilie has been part of small teams to win an Excellence in Journalism award, from the Society of Professional Journalists’ Northern California chapter, and a George Polk Award.