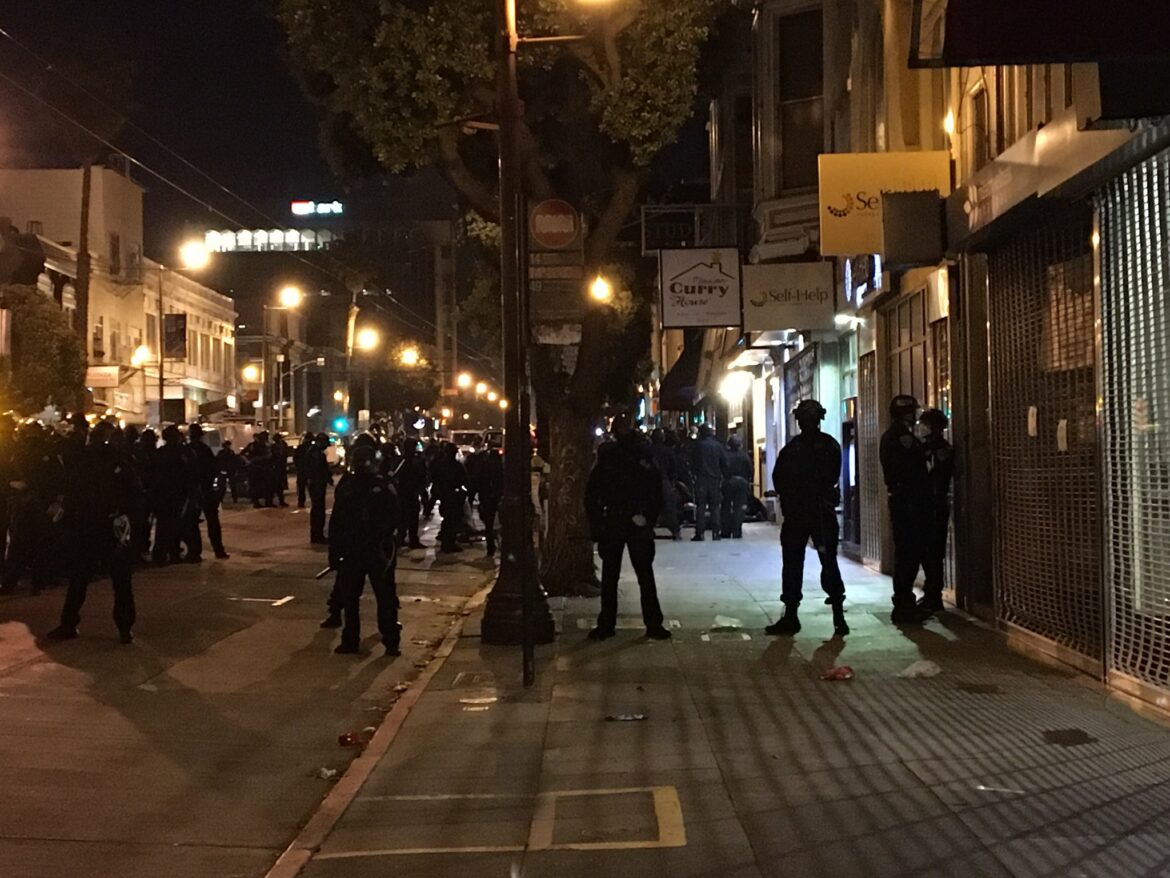 Police form a line around a small group of protesters and one journalist held on the scene in what officers called a “mass arrest” on June 3, 2020.

Disclaimer: Laura Wenus is a member of the Society of Professional Journalists, Northern California Chapter, which opposed an amendment to SB 98 that is now slated for removal.

Freedom of information advocates and journalists have criticized a number of instances in which law enforcement officers arrested, detained or even injured reporters at work covering protests in California. In response, state Sen. Mike McGuire authored SB 98, which aims to codify journalists’ right to access demonstrations. As the proposal makes its way through the Legislature, David Snyder, executive director of the First Amendment Coalition, discusses the context for the bill and some of the ways in which current protections for journalists fall short.