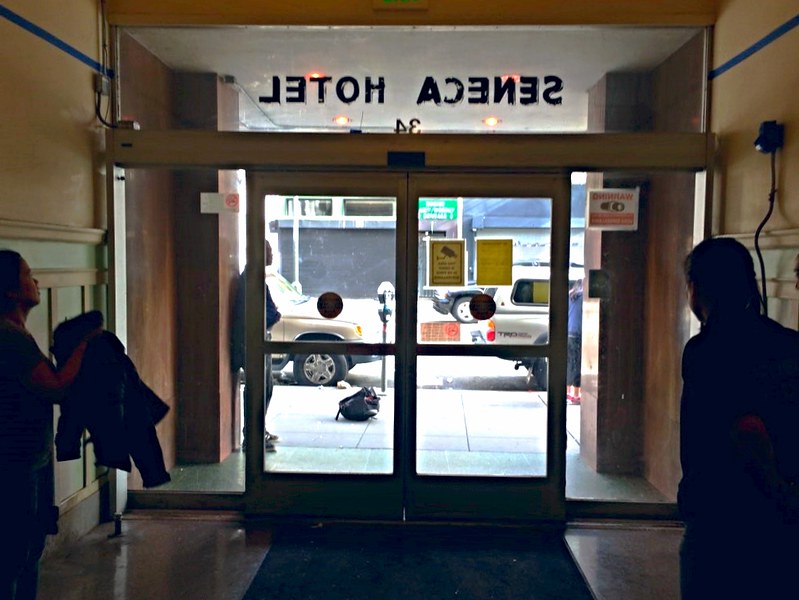 Nearly one in every 10 of San Francisco’s permanent supportive housing units — earmarked for people experiencing homelessness — is sitting empty.

The number of vacant units has climbed 58% since September and represents 9.9% of the permanent supportive housing stock. That’s more than triple the 3% limit the city said in November 2019 that it would impose on such vacancies.

Those units play a critical role in helping homeless people move off the streets and into more stable situations. And during the pandemic, they allow the city to create more space in shelter-in-place hotels, offering even more options for shelter to residents of the city who would otherwise go without, and potentially chipping away at San Francisco’s homelessness crisis.

The agency charged with housing people “has allowed a situation where hundreds of units have remained vacant for months on end while people continue to languish on the streets,” said Sara Shortt, director of public policy and community outreach at the Community Housing Partnership, which operates 17 permanent supportive housing facilities in the city. “This is shameful and must be remedied immediately.”

She suggested officials should face disciplinary action, “the same way you or I would if we didn’t perform our basic job duties.”

When vacancy data was released in September 2020, Abigail Stewart-Kahn, the director of the Department of Homelessness and Supportive Housing, said there were “multiple initiatives underway to improve the process” of moving people who qualified for housing more quickly into vacant units.

The slow-moving process caught the attention of Supervisor Matt Haney, who on Thursday sent a letter to Stewart-Kahn demanding explanation.

In the last fiscal year, the city averaged 110 placements a month, with a low of 83, he wrote. But in January, he pointed out, only 27 people received housing placements. In February, he added, “we are on track to house the same number of people.”

During a Feb. 1 meeting of the Local Homeless Coordinating Board, which acts as an advisory body for the Department of Homelessness and Supportive Housing, Salvador Menjivar, director of housing for the department, offered a breakdown of the 766 permanent supportive housing vacancies reported as of Feb. 1.

Of those, he explained, 247 units have “pending placements,” which means future residents have been selected, and they are just waiting for paperwork to go through.

An additional 294 are “temporarily offline” for a myriad of reasons, ranging from “maintenance issues” to “pest control.”

Menjivar noted that the remaining 225 units are ready and available for occupancy. That number represents exactly 3% of the housing stock — the city’s original vacancy goal.

Meanwhile, as of Monday, 594 people who qualified for those housing units remain in shelter-in-place hotel rooms. Those hotel rooms could be refilled with people living on the street once their current residents move out.

In the past, Stewart-Kahn has placed part of the blame for the slow process on the people they’re trying to house.

“People who are in the shelter-in-place hotels must be accepting offers of placement as quickly as possible, because the longer people wait, or the more offers they decline, the longer other people have to wait,” she said at a Local Homelessness Coordinating Board meeting Feb. 1. “We know there are other people elsewhere in the system who would accept these referrals.”

But not all housing units are a good fit for the people they’re matched with. For example, some buildings don’t have elevators, meaning someone who relies on a wheelchair will reject the placement. In other cases, the location of the building, or the residents who live in it, may feel unsafe for someone who is matched with a room, causing them to ask for another spot.

San Francisco has about 7,755 units of permanent supportive housing spread across more than 100 buildings. Nonprofits operate most of them.

Discrepancies in nonprofits’ requirements for people to move into units slows the process, said Menjivar. Some providers have rules, passed down from their funders, that demand clients who move in to have physical copies of Social Security cards — which are difficult to obtain during the pandemic, particularly as many in-person services have moved online.

While the department struggles to move the nearly 600 shelter-in-place hotel residents who have qualified for housing into vacant units, demands are rising from advocates and providers to house those who are not in the hotels, too. Last year, the city decided to offer housing units only to those residing in shelter-in-place hotels, despite the fact that more than 200 people living in shelters and outdoors have also qualified for those units.

“Pandemic prioritization is inherently unfair,” said Shortt of the Community Housing Partnership during the Feb. 1 meeting. “People that have been at the top of the list for housing, who are homeless and on the street, are going to get notices that they’ve been knocked down the list, and potentially have to wait years longer. We have to make a commitment to house equitably both people in the shelter-in-place hotels and people on the streets.”

An emergency ordinance proposed by supervisors Haney, Dean Preston, Shamann Walton, Hilary Ronen and Myrna Melgar seeks to increase the number of residents in shelter-in-place hotels by 500, and undo the Department of Homelessness and Supportive Housing’s policy to transition hotel residents to housing only.

“There are hundreds of people currently sleeping on the streets who are ‘document ready’ for housing, essentially meaning they are on a waitlist, but under the Department’s current policy they won’t be able to move into housing until the shelter-in-place hotels are closed in September,” a press release on the ordinance says. “The emergency ordinance will improve the flow of people into housing and fill the hundreds of vacant supportive housing units.”

The ordinance will be heard by the full Board of Supervisors on March 2.