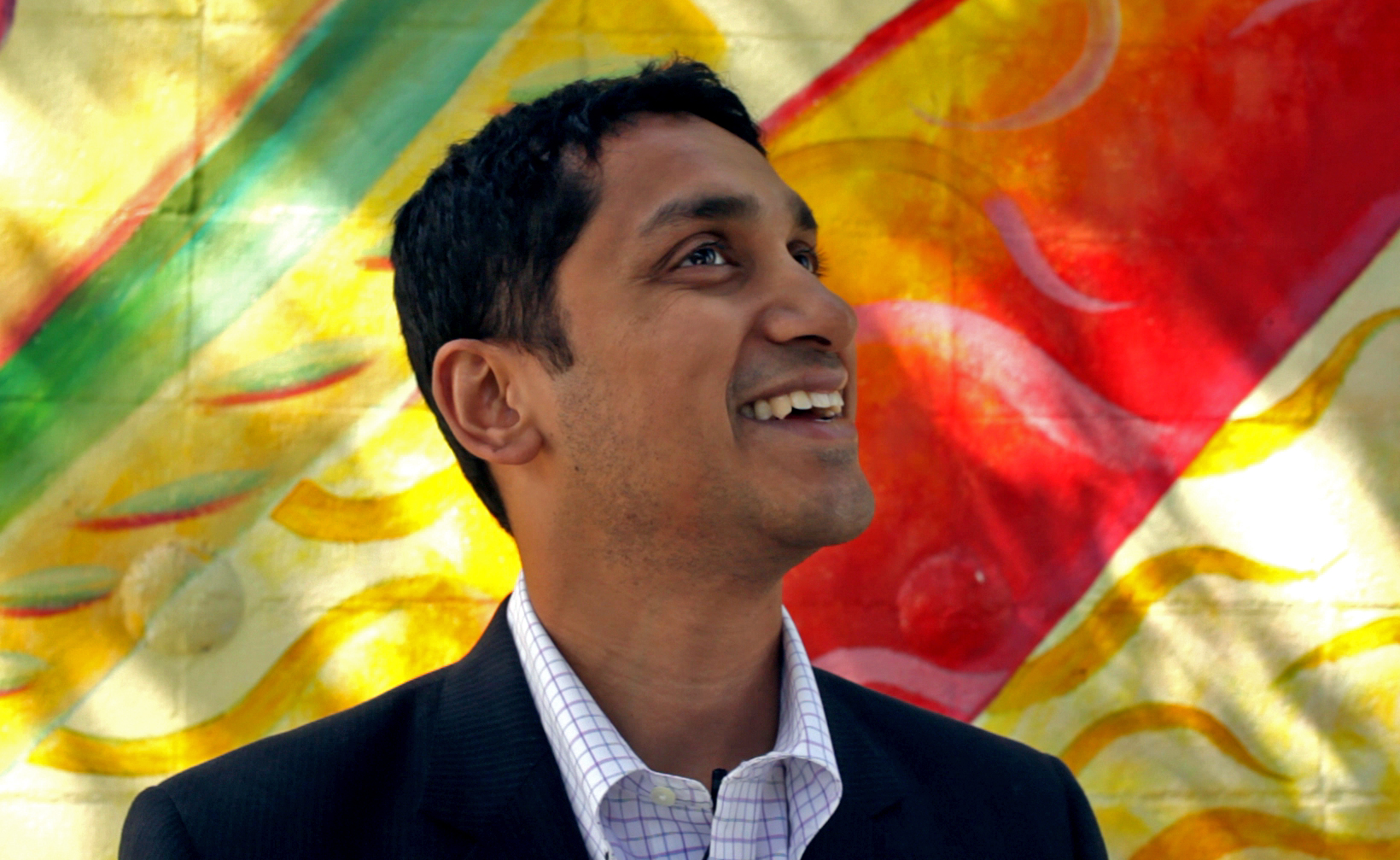 Premal Shah, president of the nonprofit microcredit Web site Kiva, said one of his favorite entrepreneurs was a Bulgarian bicycle shop owner who organized bike races in his community to help generate business. Now Kiva is taking its small-business loan approach to domestic clients. Photo by Monica Jensen/SF Public Press.

Kiva.org changed the world of online philanthropy by tapping the power of small donors all over the world to distribute loans to budding entrepreneurs in developing countries. Now the San Francisco-based nonprofit organization is carrying its success in 50 countries to perhaps its most challenging region for microcredit — the United States of America.

Despite high loan requests and lower repayment rates by borrowers, Kiva’s U.S. pilot program has raised $765,900 since launching in June. The impact of the economic downturn on small-business owners set the stage for Kiva to expand to the domestic micro-loan market.

“One of the impetuses for the U.S. launch was the credit crunch,” said Premal Shah, Kiva’s president. “It was so hard for businesses, particularly low-income businesses, to actually get any kind of capital in order to get started or actually continue growing.”

The other motivation to begin the program was support from California First Lady Maria Shriver. She facilitated a partnership between Kiva and WE Invest, an initiative supporting California-based nonprofits that help low-income women become financially independent, to raise loans for women entrepreneurs in the United States.

“When we launched in the United States, all the businesses were immediately funded within the first few days,”  Shah said. “I think that the reason that the U.S. tends to be more popular on the Kiva Web site is that people like to fund things in their own backyard — there is buying local and now there’s lending locally.”

“Obviously the dollar goes much further, I think, in the developing world,” Shah said. “But in spite of that, the U.S. has been in the top third of the most popular countries on the Web site.”

Shah said the repayment rate in the United States is lower than in developing countries. “That might speak to just the availability of credit options here in the U.S. versus the developing world,” he said.

In the next 12 months, Kiva plans to create a worldwide program to provide loans to students to finance their education. The organization is also planning to create global programs to distribute loans to low-income families to purchase energy-efficient appliances and to upgrade their homes to have better water supply facilities.