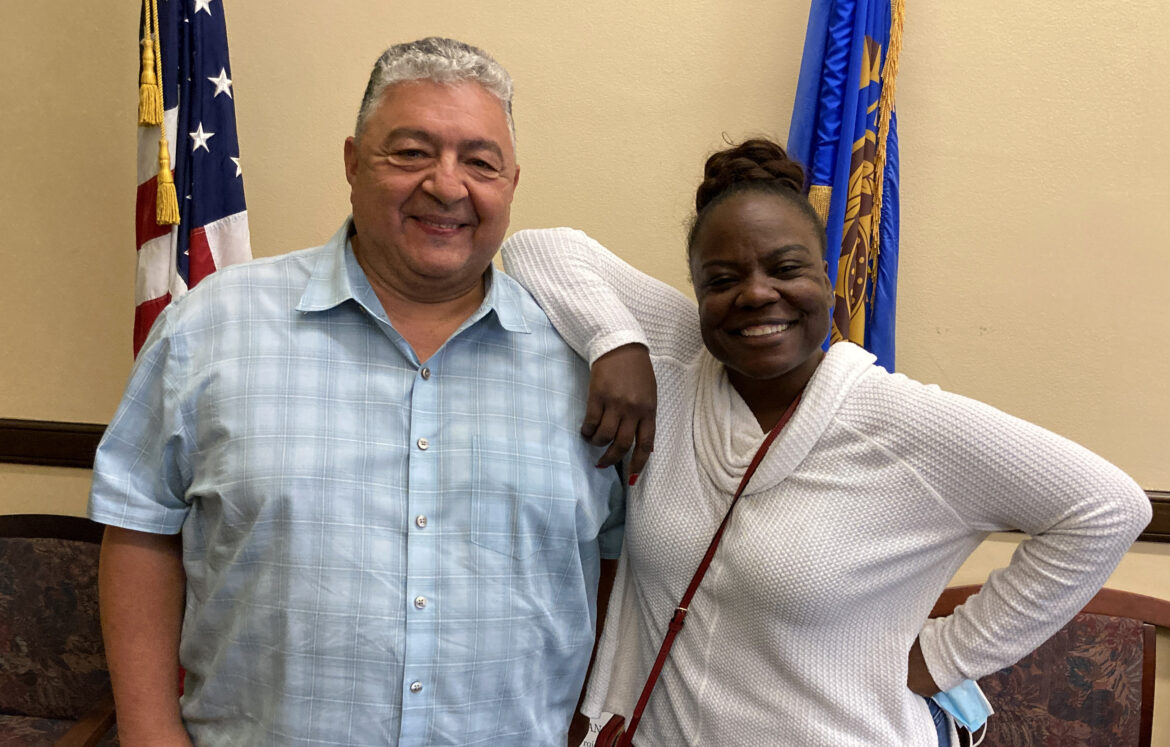 In the OneVet OneVoice office at the War Memorial Veterans Building, the atmosphere was upbeat as Veterans Day approached.

Too often, she said, veterans and their needs are associated only with homelessness or other struggles.

“I was talking to a lady the other day, and she said, ‘well, when I think about veterans, I think about people on the street and, you know, just doing bad,’” Ellington said. “She had such a negative outlook on veterans.”

Housing is a priority for OneVet OneVoice. So are health care access, education and employment.

Veterans “are some of the best people that you can hire on the job because they know how to be leaders as well as good followers,” Ellington said.

The organization’s Veteran Success Center — also housed in the memorial building at 401 Van Ness Ave. — supports job seekers by offering things they might need, including clothes, a computer lab and connections to employment opportunities.

While veterans are entitled to many benefits in these areas, finding them can be complicated and time-consuming, said Eddie Ramirez, a retired Air Force master sergeant and OneVet OneVoice’s founder.

“It’s: ‘OK, you’re done with the military.’ And then the VA, they’re not looking for you,” Ramirez said. “As a veteran, you have to go out and seek the information.”

He said the armed services could do more to guide veterans through the transition to civilian life.

“They ramp up these veterans to basic training, and you’re at a tempo up here, like this: Mission, mission, mission! But they don’t ramp you back down,” he said. “One day you might be firing a weapon overseas somewhere, and the next day, you’re back home on your porch drinking a beer. There’s no transition. No clear, consistent transition.”

What’s more, the benefits ecosystem involves two federal departments as well as state and local agencies, making it difficult for a veteran to know where to go and what to do to access the benefits they are due. Ramirez, who had prior experience working in veterans’ affairs, founded the organization in part to create a unified resource hub.

“A veteran comes into OneVet OneVoice, they need X, Y or Z. Now we have a network of organizations that could help with X, Y and Z. So that way, the veteran doesn’t fall through the cracks, which happens a lot,” he said. “The building is here as a one-stop shop.”

That includes initiatives related to housing, education, health care and employment, as well as recreational and social events, including drumming sessions, guitar lessons and tango classes. On Nov. 13 and 14., OneVet OneVoice will kick off its 10th annual Veterans Film Festival in person at the San Francisco Main Library. Virtual screenings will take place Nov. 14-20.

Having the organization staffed entirely by veterans, said Ellington, helps foster a feeling of connectedness and community.

“We are veterans who can connect on a whole different level with other veterans. And one thing about OneVet OneVoice: We meet the veteran where they’re at. We don’t judge you,’’ she said. “We welcome you, and we work from there to build you up.”