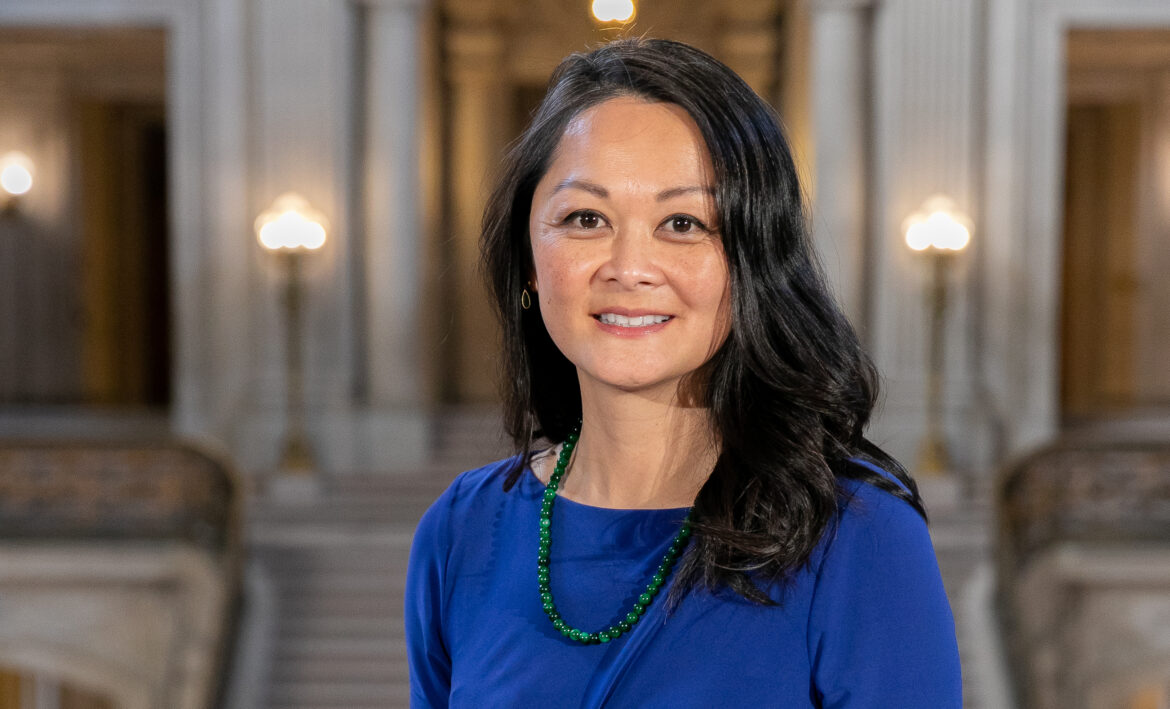 Courtesy of the office of the city administrator.

Carmen Chu is San Francisco’s new city administrator, which means she is stepping in to a position with wide-ranging and extensive responsibilities — her office comprises more than 25 departments and programs — at a time when the city is under pressure to address the economic impact of the coronavirus pandemic, get residents and workers vaccinated, balance the budget and address a corruption scandal. Mayor London Breed appointed Chu to the post after Chu’s predecessor, Naomi Kelly, resigned following corruption charges against Kelly’s husband, another city department head.

Chu, who had been the city’s assessor-recorder since 2013, joined “Civic” to discuss her plans for charting a path forward in difficult times. To rebuild public trust in city government, she said, public officials must demonstrate that they are acting on her promises, while being candid about any missteps.

“I think that’s probably something that people want to hear, because the challenges we face in government aren’t always easy. And they’re not things that always have a simple solution,” Chu said. “It’s OK to try to make things better. And if it didn’t work, and we realized there was a different consequence that happened, and we didn’t anticipate it, then let’s fix it, you know?”

It’s a lesson from the very early days of her political career. In 2007, District 4 Supervisor Ed Jew was suspended after facing federal extortion charges, and was ultimately sentenced to years of prison time. Gavin Newsom, then the mayor, appointed Chu to the District 4 seat on the board, which she later ran to keep. She faced a stigma that seemed to stem not just from the charges against Jew, but racial prejudice.

“I remember running in my first election, and I remember some people painting me in the same brush saying, ‘well, I just don’t trust Asian elected officials,’ you know, ‘they’re all corrupt,’” she said. “And it didn’t matter whether that was fair or not fair, right or not.”

Chu won her election and said she responded by trying to be a good public servant.

“Ultimately, the only thing that I could do was just to be kind of the elected person that I thought I should be. One who just focused on the issue at hand and tried to create real solutions that made people’s lives better,” Chu said. “That’s what you just do, you just kind of keep on working.”

In response to the current FBI probe into fraud and corruption at City Hall, Chu recommended increased transparency and robust administrative systems.

“We don’t want to do reporting just for the sake of reporting, because I think this is sometimes what people complain about in bureaucracy, that we do a lot of paperwork and we push pencils and paper around without much to do, right? And we don’t want to do that. We want to create reporting and transparency where actually the information is useful, and it helps to provide light,” she said.

For now, the top priority for Chu and her staff is recovery from the coronavirus pandemic. The city administrator’s office has helped facilitate the launch of pop-up testing and vaccination centers and procure protective equipment for frontline workers. Now, she said she is thinking about what it will take to bolster the city’s economy once infections have subsided. Looking ahead to better days, Chu said she anticipates focusing on parts of city government that others might deem “boring.”

“I’m actually really, really excited to dig into, eventually, the details of all those boring things that people may not care about, but actually are really critical to how we run. So: How do we buy things? Are there ways to be more effective and efficient in how we do that? Is there a way to deliver better technology improvements in our city?” Chu said.