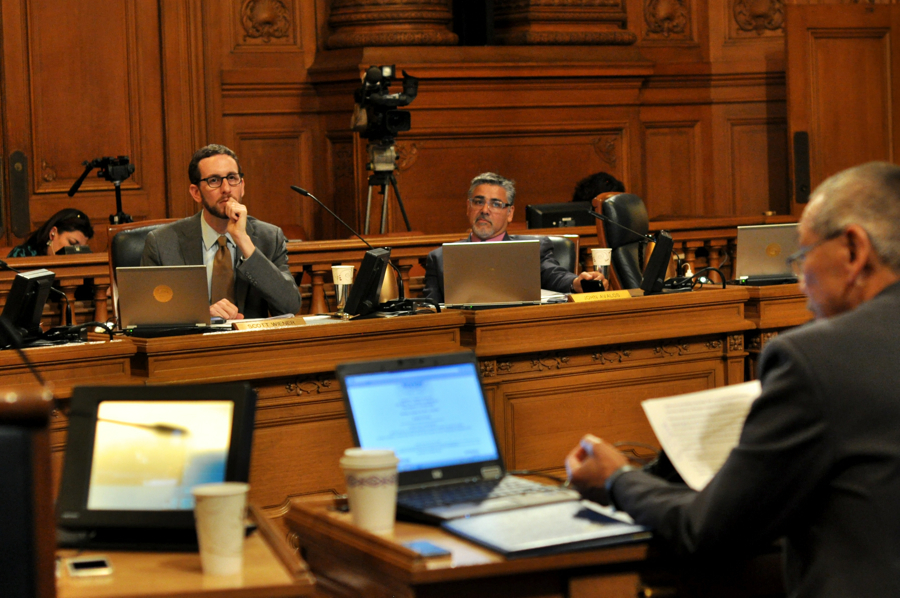 A $400 million bond to improve emergency-response services and other public safety infrastructure in San Francisco will be on the June ballot, but Supervisor Scott Wiener said the bond should be expanded to fix hundreds of streetlights that have fallen into disrepair.

The bond would include $70 million to repair and retrofit fire stations, $30 million for improvements to police stations and $65 million toward the construction of a new seismically sound medical examiner facility. It would also include $70 million in upgrades to the city’s alternative water supply system used to fight fires and $165 million for a new police building for traffic and forensic services.

The proposal is the second in a series of Earthquake Safety and Emergency Response bonds that the city has proposed in order to cover the costs associated with retrofiting buildings and other infrastructure in preparation for a large earthquake. Voters overwhelmingly approved the first of these bonds in June 2010, and the earthquake bonds are part of a $25 billion plan to maintain and repair city infrastructure.

The new bond would not include repairing the aging streetlights that Wiener said were in desperate need of attention. In District Eight, which includes the Castro, a streetlight fell and landed on a car. It turned out that the it had completed rusted through and all of the adjacent lights were in the same condition, said Wiener, who represents the neighborhoods.

Supervisor Malia Cohen said streetlights were an important component of public safety, and that she spent a year working to increase the amount of light produced by the streetlights and adding lights where there were none. Cohen said women had been raped in the Mission in areas with poor lighting.

Without the streetlight repairs, the proposed bond would add about $50 each year to a property owner’s tax bill for every $500,000 in assessed value. Landlords would be permitted to pass on half of those fees to tenants, but the proposal is actually not expected to increase property owners’ total tax bills. That is because the Board of Supervisors adopted a policy to keep property tax rates at 2006 levels and only fund new bonds after a previous bond has been paid off.

Although the supervisors are not required to follow this policy, most said they intended to support the pledge made by their predecessors.

If the supervisors were to add the streetlight repairs to the bond, it would slightly tip tax bills over 2006 levels, said Controller Ben Rosenfield.

While the board recognized the need to address streetlights, some supervisors expressed concern that Wiener’s proposal came too late in the process to include in the June ballot measure.

“We know that capital planning and thinking about capital infrastructure is not sexy,” Supervisor David Chiu said. “Really the issue for us is whether to include this at the last minute in the earthquake safety bond.”

The streetlights hadn’t been previously considered for the bond measure because they are under the purview of the Public Utilities Commission, said Director of Capital Planning Brian Strong.

“They had no funds to take care of these beyond a very very minimal maintenance program,” Wiener said. “I think the conversation today is actually demonstrative of why our streetlights are in such poor condition.”

The supervisors planned to decide next week whether to include the streetlights in the proposal for the June 3 election.

“At the end of the day, for the people that we represent, they just want the lights to work,” Supervisor David Campos said. “There is a great deal of frustration that the city can’t do something as simple as getting a light to work.”