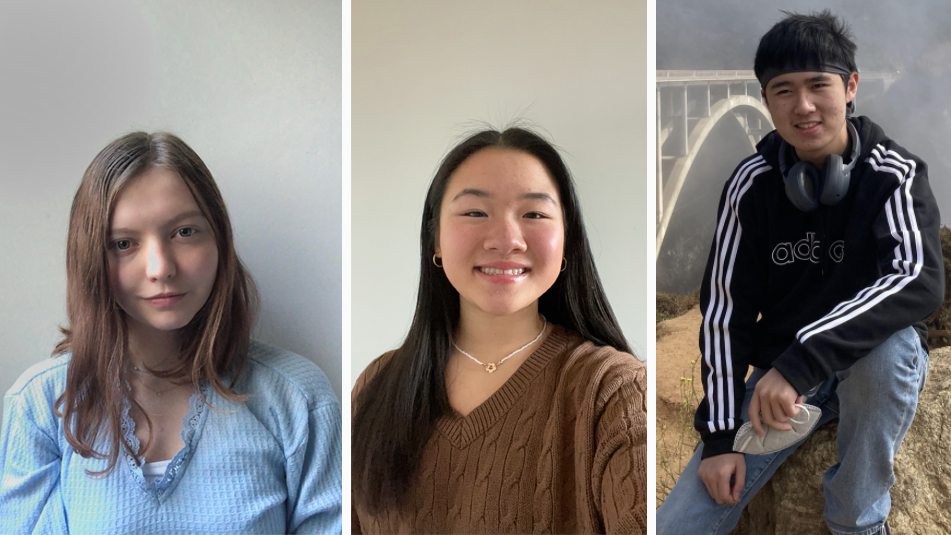 Youth mental health was a growing concern even before the pandemic, but the isolation of sheltering in place has come with an increase in depression and unhappiness among young people. San Francisco high school students have been reaching out to one another despite schools being closed to offer some support. Alan Wang, Joyce Truong and Abigail Ault, who have been active in peer wellness programs, shared their perspectives with “Civic.”

It’s easier for young people to accept guidance or open up to a peer, the students said.

“Students are more likely to listen to someone else who is their age, rather than an adult. And I find it easier to confide in someone who is my friend and my age rather than a grown up in my life,” Truong said. “I think that the peer wellness coach program is really good, because students have that one-on-one interaction with someone who is like their own friend.”

Much of their work is outreach, creating videos and sending emails in an effort to make sure students who might be struggling know that help is available. Wang also coaches a student individually, talking about how the week went and helping him set weekly goals and routines. Anonymous groups offer another outlet.

“As teenagers, we all kind of have our own inner demons. And when those get too loud, and it’s a very last-ditch method, that’s when I find people reaching out,” Ault said. “But when you do get to that point where you’re scared of yourself, you can join these anonymous support groups, which I’m part of.”

Being stuck inside means “sometimes you don’t know where to go. And it just feels so unsettling,” Wang said. “It kind of puts a lot of pressure on someone’s mind, especially a high school student like me, who is not really used to being in small spaces.”

Truong, a senior, had looked forward to attending a high school dance for the first time. Now attending one seems unlikely, and there is little to look forward to. Friends feel similarly, Truong said. Nevertheless, some have turned that listlessness into a reason to seek help.

“I’ve noticed that within my group of friends, a lot of people have just started to give up. They’re like, ‘oh, this has been going on for so long,’ they don’t really see hope anymore,” Truong said. “But I’ve also noticed that other people, they’ve started to practice more self-care, they’ve started looking into seeking more help. And they reach out to the Wellness Center a lot.”

Everyone reacts to the stressors brought on by the pandemic differently, the students said, so parents should be careful not to minimize the effects those stressors might have on their children.

“A lot of parents, I think they’re trying to make their child feel better by telling them that something isn’t a big deal, but to their child, it’s probably a big deal if they’re going to be very upset about it,” Truong said. “Don’t downplay your child’s emotions and don’t compare their situation to others by not understanding that what they’re upset about is worth being upset about.”

Another response to avoid, Ault said, is a punitive one.

“Ultimatums, punishments, that would all sever the connection between you and your child, and you would no longer become a support system that they can talk to when they do feel scared,” Ault said.

“The one thing I probably recommend to parents is to be aware of the situation. If you see any kind of abnormal behavior, like suddenly your one really talkative child suddenly hides away, or isn’t really talking anymore,” Wang said. “Make sure they feel comfortable, make sure they feel safe, and if necessary, you can also reach them out to a professional help, like you can get a therapist or you can also have other people meet up with them one-on-one, make sure they’re doing OK.”