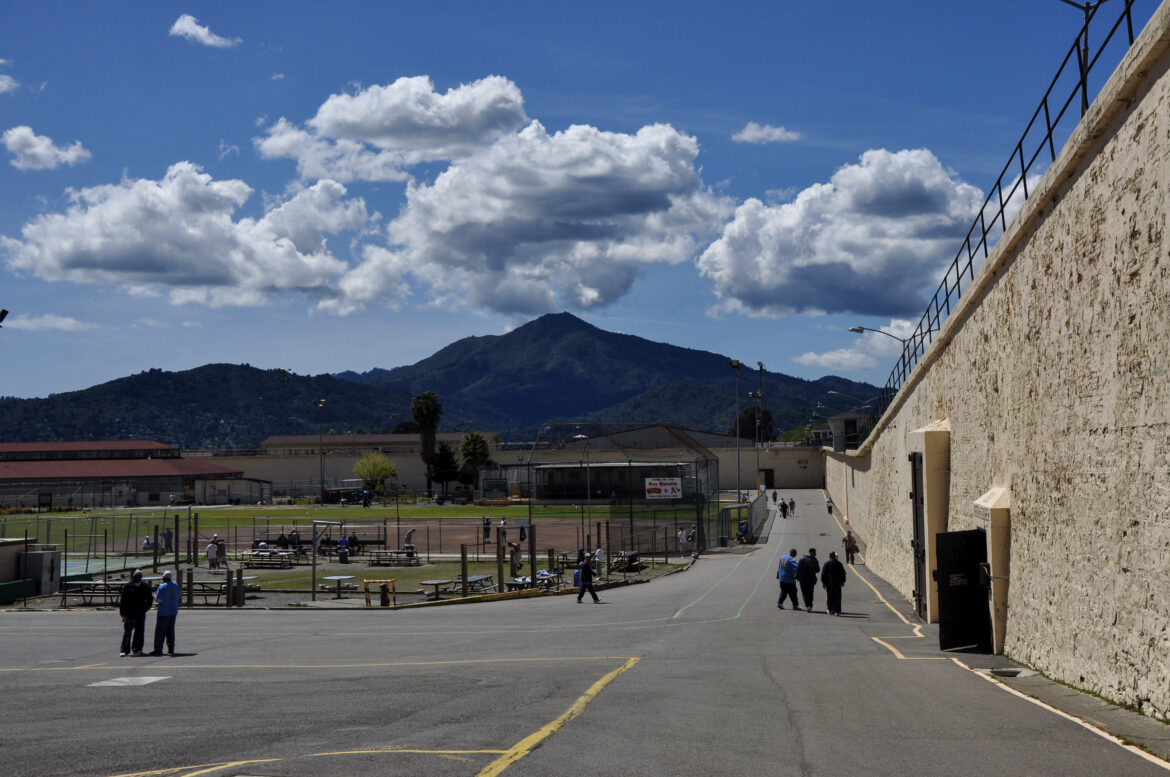 Four inmates at San Quentin State Prison, which experienced one of the worst outbreaks of COVID-19 last year, have tested positive for the virus and are under quarantine.

This story is being published in partnership with the Prison Journalism Project.

Earlier in the week, the prison put the Alpine unit of the South block on quarantine after one incarcerated man tested positive for COVID-19. Corrections officers said shortly after that this person and two others had been moved into solitary quarantine. On Friday night, three more followed, for a total of six.

Four of the six were symptomatic and confirmed positive for COVID-19 even though they had been vaccinated, Pachynski said. The California Department of Corrections and Rehabilitation, which oversees the state’s prisons, defines an outbreak as three or more cases.

As of Sunday, the department’s COVID-19 tracking website reported only one case at the prison in the last 14 days.

Vicky Waters, a spokeswoman for the corrections department confirmed that “one facility within San Quentin has been placed on quarantine based on four possible COVID-positive cases,” adding that medical teams were still assessing whether some of them might have had false positive test results.

Facility A, which includes the four cellblocks that house most of the prison’s general population, was put on phase I, the most restrictive of four COVID-19 outbreak phases, according to an internal memo. This designation places severe restrictions on movement and programming within the prison and limits outside visitors including volunteers and non-essential vendors. The prison is also closed again to incoming transfers. The memo was signed by Sgt. Robert Gardea, a spokesman for San Quentin, and warden Ron Broomfield.

Facility B, which includes a lower security unit that houses more than 300 prisoners, and Death Row, which houses about 700 prisoners, are operating normally.

The latest fears of COVID-19 inside the prison come as the delta variant, a more contagious version of the virus, sweeps the country, becoming the predominant strain, according to the federal Centers for Disease Control and Prevention. The corrections department has reported 151 new cases in its facilities in the last 14 days. Weekly cases recently have risen above 100 for the first time since mid-February.

San Quentin was one of the hardest hit facilities in the country last summer after a prison transfer helped fuel a public health disaster in the prison, infecting more than 70% of the residents and resulting in 29 deaths. More than 300 San Quentin residents have sued the prison and the corrections department over their handling of that situation.

This time, however, the prison administration has reacted more quickly.

Saturday was supposed to be a day off for Pachynski, but she reported to work and walked the tiers of the Alpine unit, answering questions and imploring non-vaccinated people to get vaccinated.

“I’m here because I’m begging guys to get vaccinated right now,” she said, adding that she is worried about their ability to receive adequate care in outside hospitals amid rising COVID-19 cases outside.

Nurses also made their rounds administering rapid tests. Those who declined testing were told they would be placed in solitary quarantine. The residents were also told that a rapid test would be administered every day.

Nurses said that at least one person tested positive from the rapid test on Saturday.

Residents in the Alpine unit have been following the situation nervously since the first person tested positive on Aug. 11.

“They know how highly susceptible we are. Of course I’m scared for myself,” said Dennis James Victorian, 60, a vaccinated resident who had COVID-19 last summer. An outbreak “is inevitable just like the outside world but far more heinous in here.”

According to corrections officers, the prisoners who tested positive for the coronavirus were taken to the prison’s Adjustment Center, which is traditionally used as the solitary confinement “hole” for Death Row. The Adjustment Center is the prison’s first option for isolation thanks to its cells’ solid metal doors. Regular cells in other buildings have open-bar fronts.

The return to phase I comes just months after San Quentin had begun returning to normal operations in May.

After the outbreak last summer, the department and the prison had been taking more precautions. Sgt. Gardea pointed out in his written statement that San Quentin had not reported a COVID-19 outbreak for nearly a year.

More than 80% of San Quentin’s prisoners are vaccinated, with officers and other outside staff at around 60%, according to official reports.

Only fully vaccinated prisoners have been allowed to be transferred in from other prisons, prison staff said at a meeting with prisoner representatives.

The Adjustment Center, where individuals were being held, can accommodate up to 97 residents in one-person cells. The Badger section, a unit of 247 two-person cells, has also been kept vacant for months in case emergency quarantine housing becomes necessary.

Still, prisoners have been worried because many of them live in a cell with another person, making it impossible to maintain social distance. Even after Alpine’s 336 prisoners were sequestered from the rest of the incarcerated population, San Quentin corrections staff have continued to work shifts in different units.

“That’s what we’re here for — to spread the disease throughout the whole facility,” one officer joked.

Work assignments have been halted for everyone except for critical workers such as medical clinic workers, porters and kitchen staff, according to an internal report issued on Saturday. Showers will be limited to groups no larger than ten, and phones will be cleaned between uses. Visitations have been canceled, and meals, laundry and packages are being delivered to the cells.

After Alpine was placed under quarantine, officers announced that all residents must wear N-95 masks whenever outside of their cells, rather than the lightweight surgical masks that have been the norm for months.

“You guys need to start taking this shit seriously again,” said one officer on Thursday, pointing to people in Alpine milling about after dinner without masks or with their masks down to their chins. “It’s only going to get worse. Do I really need to start writing people up for non-compliance?”

Joe Garcia is a correspondent for Prison Journalism Project at San Quentin State Prison and the chairperson of San Quentin News’ Journalism Guild. In addition to prison publications, his work has appeared in the MIT Tech Review, Washington Post and the Sacramento Bee.