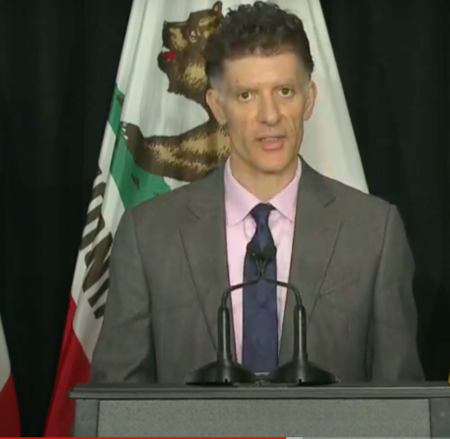 San Francisco Public Health Director Dr. Grant Colfax said Friday at an online news conference that the city was working with contact tracers to identify the sources of increased cases of coronavirus infection.

Mayor London Breed has ordered a halt to plans to further reopen the city on Monday, June 29, amid a spike in coronavirus cases.

On Thursday, June 25, the city recorded 103 new cases. That’s a huge jump compared with the 20 new cases a day the city registered starting June 15, when it allowed some in-store retail and sidewalk dining at restaurants in the first loosening of the shelter-in-place order.

“I will have to look at how the data develops over the next few days to have a better sense of how long things will need to be potentially delayed,” said San Francisco Public Health Director Dr. Grant Colfax. “We talked about flattening the curve and that curve is not flat. Right now, in fact, that curve is getting more and more vertical.”