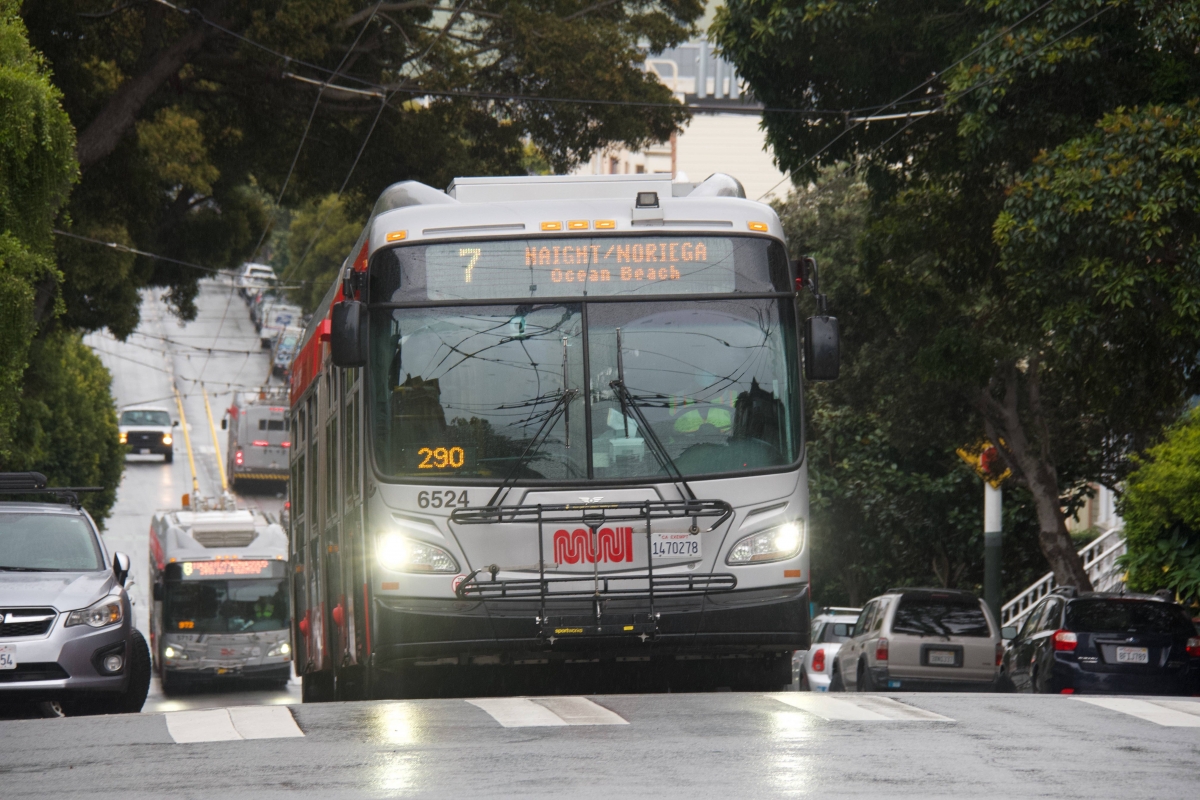 Two 6 Haight/Parnassus buses cross paths behind a 7 Haight/Noriega bus on Haight Street at Divisadero Street on April 6. Both routes were cut.

Public transportation has been transformed by the coronavirus pandemic. San Francisco’s Muni light rail system has been shut for months, and buses are running on core service lines only — though the focus on core lines, according to the San Francisco Municipal Transportation Agency’s Director Jeffrey Tumlin, has actually resulted in service improvements in some areas.

While the indefinitely extended shelter-in-place order and restrictions that fluctuate with case rates have resulted in service changes, work on major improvement projects is ongoing. Muni operators are still on the job, and last week, the city’s transportation agency announced that an operator had died from complications of COVID-19. The operator isn’t being named, and had reportedly been on extended leave from work since before the pandemic began. At least 90 operators have been infected. For the system as a whole, low ridership means low fare revenues and serious budget considerations — which could mean layoffs.

Tumlin and Julie Kirschbaum, the agency’s director of transit, joined “Civic” to explain how Muni has adapted to the pandemic and some of the changes ahead.

“In a peak economy, we were operating a $50 million structural deficit. Our expenses are almost entirely driven by labor and we need to pay our workforce a living wage. So our expenses grow with the cost of living but our revenues grow at best with inflation. So every year, our ability to deliver service worsens. And as a result of that, almost all of my predecessors made strategic decisions to defer maintenance in order to be able to maintain service.”