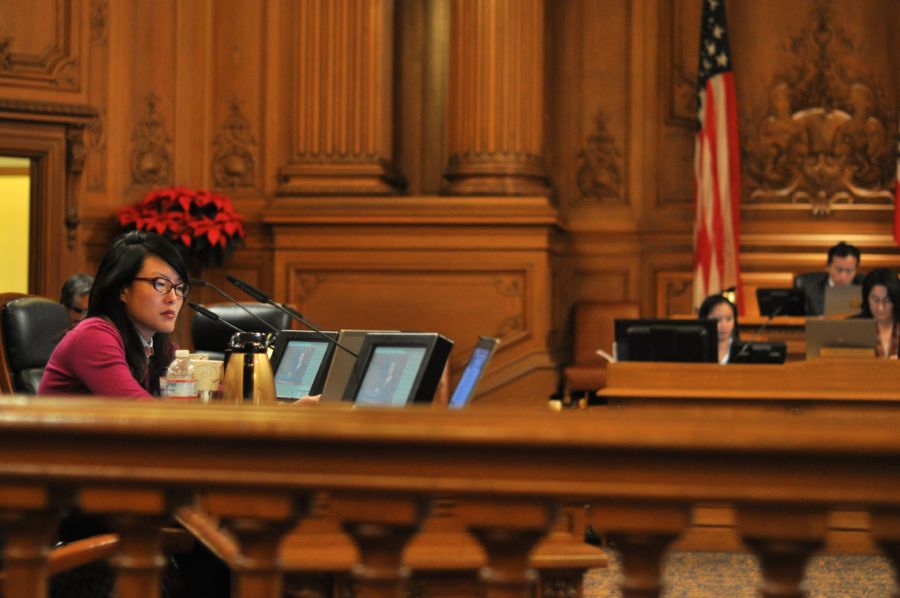 Josh Wolf, Reporter |
LikeTweet EmailPrint More
The first substantive plan to protect tenants against displacement passed in San Francisco Tuesday. Supervisor John Avalos secured unanimously approval for the new rules, but some of his colleagues expressed misgivings about rushing into changes that could lead to unintended consequences for landlords.

Two ordinances would limit when property owners can demolish rent-controlled buildings and prevent so-called “legal non-conforming units” from being removed. The changes would allow owners to remodel and expand units that are no longer up to zoning requirements but instead grandfathered in. Until now property owners have been able to remove their units but not renovate.

The legislation was a demonstration of Avalos’s negotiating skills.

The proposal moved forward only after supervisors added language to address situations in which tenants are temporarily evicted for repairs but then decide not to return. That happened at a committee meeting Monday. Avalos agreed to revise the date after which these no-fault evictions would count, and shortened the period governing owner move-in related evictions.

“I just want to give Supervisor Avalos a lot of credit,” said Supervisor Scott Wiener. “I think the author has been very reasonable at accepting amendments as proposed by different people and different groups with different views about the legislation.”

But some supervisors said they weren’t sure how they felt about the rapidly evolving proposal.

“I don’t know enough to know what side I fall on,” Supervisor Malia Cohen said. Acknowledging that the city faces a “crisis,” she said, “I’m just nervous. I don’t want to make the wrong decision that has an adverse impact on the people that I’m committed to continuing to help.”

Supervisor Norman Yee said he supported the legislation but that there were trade-offs when it came to homeowners who move into a building they owned. A young couple might want to combine two units to create a larger home when they start having children, Yee said.

But it did not take much time for Breed to get the information she needed. After taking a brief break for public comment, the board resumed the discussion and quickly approved both laws.

In Jail Phone Dispute, a Dispute About Retroactive Contracts

The Board of Supervisors retroactively approved a contract extension for the company providing phone service at the jail, despite objections over the high cost for jailhouse calls.

The money raised from the calls — which include an initial fee of between $1.25 and $3.95 for the connection and between 10 cents and 69 cents per minute — is used to pay for programs at the jail, including its gardening program, special visits for children and legal materials, said Bree McCorder, a Sheriff’s Department administrator.

McCorder said her department agrees that calling rates are excessive. She said the department plans to secure a contract offering lower rates next year. In the meantime, the department has set aside $22,000 to buy phone cards to help offset the high costs.

“I’m philosophically opposed to charging our inmates to pay for and fund their services,” Supervisor Jane Kim said. “I think the phone cards are great. I just ultimately don’t know if this is the way we should be funding the rehab programs for our inmates.”

Sheriff Ross Mirkarimi said that while he supported lowering the rates — and even favored government regulation of phone company charges — the jail would need more money from the city’s general fund to continue offering the same level of services to inmates.

“Until recently this has ben an unregulated industry completely,” Mirkarimi said. “It has been the motive of many of these companies to establish the rate lines that many county sheriffs around the country have been vying for, and the profit is spent however it is spent. I would certainly welcome an increase in the general fund that obviates that particular need.”

“I’m starting to think of voting a blanket ‘no’ on all retroactive contracts in the future,” Kim said. “We don’t get a huge amount but we do get a significant amount.”

While the police exclusively enforce most laws, a number of city employees with other job titles can issue tickets for littering.

Under a revised list, people working as custodial assistant supervisors, program support analysts and public relations assistants in the Department of Public Works will now be able to issue citations. But the arboretum director, the golf director, urban foresters and others will lose their citation powers.