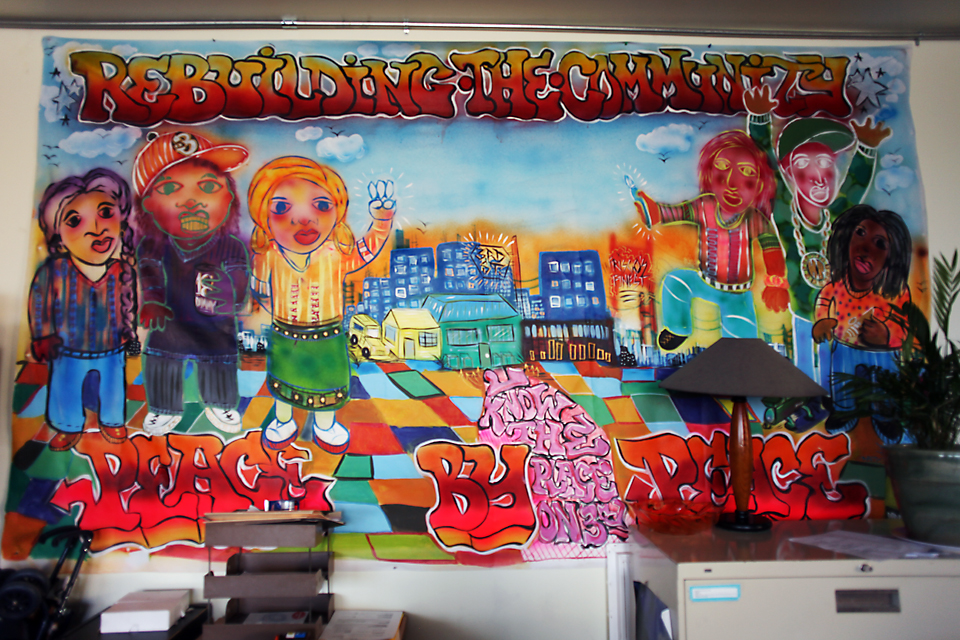 African-American and Latino males are at a higher risk of health problems, according to a new report by the California Endowment. In San Francisco, the Third Street Youth Center and clinic provides medical advice, social service and counseling to low-income communities. Photo by Monica Jensen/SF Public Press.

A new report details a striking reality about minority health in California: African-American and Latino young men are twice as likely to suffer from poor health outcomes as white young men.

The report, released Wednesday by the California Endowment, focuses on the effect of neighborhoods and communities on the physical and mental health. It found that Both Latino and African-American boys and young men are 3.4 times more likely to live in poverty than their white counterparts.

“It’s not just that there’s a higher incidence of African-American and Latino children living in poverty,” the report concludes. “They are also more likely to live in neighborhoods of concentrated disadvantage.”

Rates of death and injury from violence are significantly higher for boys than for girls, according to the study, which cited the U.S. Department of Health and Human Services.

Robert Phillips, director of Health and Human Services at the California Endowment, spoke to the widespread nature of the problem. “The disparities that these boys and young men face are the disparities that a majority of California’s communities are facing,” Phillips said.

It provided a range of explanations for mental stress on minority youths, one of the most alarming being parental incarceration. African-American boys, for example, are 8.8 times more likely to have a parent in prison than their white counterparts.

In terms of physical health, while the report included data on higher asthma rates in the more often polluted high-poverty neighborhoods, the California Endowment also used research from the Harvard School of Public Health to explain how fast-food restaurants are more concentrated in poor communities. The high stress levels already associated with these neighborhoods compound the issue, leading people to seek out these readily available but less healthy venues.

The report serves as a foundation for Building Healthy Communities, a decade-long initiative the California Endowment is launching this year in 14 communities in California, including East Oakland, Richmond and Southwest and East Merced.

“These communities can really kind of serve as models as to how we can solve these issues,” Phillips said.

PolicyLink, a research and advocacy program dedicated to social and economic equity, was able to make some recommendations about how the initiative might address these health disparities. One of its suggestions was to increase access to health care services in neighborhoods. Joe Brooks, PolicyLink’s vice president for civic engagement, said such work might take the form of placing health clinics in or alongside school facilities and religiously based institutions.

“These problems are actually solvable,” Phillips said. “These communities will actually be the engine that makes California go. If we want California to remain competitive … we have to do something about these issues.”

Brooks agreed: “I always think of this in terms of the cost of not acting. It has to do with our overall, collective well-being in the future.”
Phillips said collaboration is required to temper this health crisis. “I would say that we see the government’s role and the public sector’s role as being core participants in this. We actually think that partnership can be pretty successful.”

Brooks said many of the systemic factors contributing to poor minority health have been around for a long time.

“In reviewing this report, it’s not much different from activities and reports that I remember seeing in the ’60s and ’70s,” Brooks said. “It seems as if we are still stuck and have yet to be unstuck and really come to grips with some of the structural and institutional issues that have to be confronted.”

Brooks and the California Endowment report call for a more interdisciplinary approach to systemic health solutions, an approach that takes into account all of the conditions in high-poverty communities.

“We approach issues of well-being and health in a piecemeal fashion,” Brooks said. “It’s not just concern with poor health, it’s concern with education, foster care, the workforce … all these things need to be considered more holistically. That is the concern and the challenge.”

Katy is an executive editor for the student newspaper at Williams College, where she is a double English and History major.