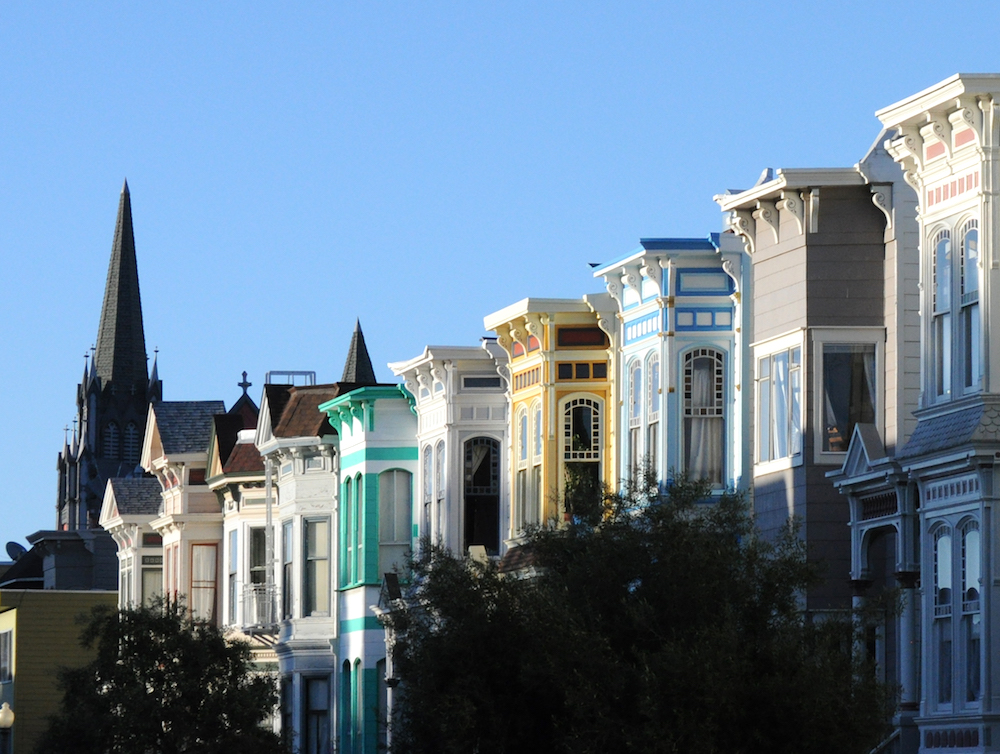 Capp Street in San Francisco's Mission District. A Stanford University study in May concluded that rent-controlled buildings in the city were more likely to be converted to for-sale tenancy-in-common buildings or condominiums compared with those not rent controlled. But researchers noted it was alone in its findings. Wikimedia Commons photo by Paxson Woelber

As Californians battle this fall over a ballot measure to allow cities much wider leeway to impose all sorts of rent control, both sides of the debate throw around citations to academic papers, economic studies and seemingly compelling statistics. The studies, they say, prove that restricting what landlords can charge tenants either helps preserve affordable housing or exacerbates the crisis by driving owners out of the rental business and killing off construction.

Both sides are wrong. There just isn’t enough careful, data-driven economic research to definitively answer questions about rent control as it applies to the here and now.

There are two things we know for sure — and that researchers agree on — about rent control: It keeps rents below market rates for those who have it and it helps keeps people in their homes longer. There is also evidence that rent control can shrink the supply of housing, in some cases at least.

That leaves open two of the most important questions in a debate that stretches back decades: How do different rent control policies affect the supply of housing, and how does rent control in one place affect regional housing markets?

How much research is out there?

As a review of research on rent control and interviews with policy experts and economists suggest, there is much that remains unclear. In the centuries — yes, centuries — since rent control began, the number of policies that have been proposed or implemented has dwarfed the number of reliable studies of modern rent control, which researchers said number fewer than half a dozen, although even on that number there was some disagreement.

Economists and policy experts say there is just not much data on rents and tenant and landlord decisions on which to base quality research. On top of that, said David Sims, an economist at Brigham Young University, academics have moved on to other, more novel questions in recent decades. Economists produced dozens of studies of rent controls put in place after World War II, but having reached some conclusions about those policies’ effects, the field moved on. Whatever the underlying reason, researchers do not know enough — or at least everything they’d like to know — about what any one policy proposal is likely to do to housing costs in a city, a region or the state.

Another consequence, as a recent University of Southern California report suggests, is that many of the most strident claims about rent control may be based less on solid research and more on the ideology and self interest of advocates who cite the research.

“It’s an incredibly complex issue,” said David Garcia, policy director at the Terner Center for Housing Innovation at the University of California, Berkeley. “We don’t have really good research that tells us what actually happens when we do different kinds of rent control.”

The question of how rent control affects the housing supply is a case study in the challenges rent control debates face: limited data and studies that, even if they were reliable when published, no longer apply.

The best evidence to date on one aspect of housing supply — whether landlords remove rental units from the market — comes from a study that Stanford Graduate School of Business economists Rebecca Diamond, Timothy McQuade and Franklin Qian published earlier this year.

That study concluded that rent-controlled buildings in San Francisco were about 8 percent more likely to be converted to for-sale tenancy-in-common buildings or condominiums compared with those that were not rent controlled.

Their approach is notable for two reasons. First, they relied on a “natural experiment,” that is, a change in the law that created a test group as well as a very similar control group to compare it with. In 1994, San Francisco updated its rent ordinance to bring owner-occupied buildings with four or fewer units under rent control, but only those built before 1979, when city regulations were enacted.

Second, the team had detailed data, including individuals’ address history from Infutor, property histories from DataQuick (now part of CoreLogic), and building permit and parcel histories from the San Francisco Assessor’s Office and the Planning Department. From those data, the researchers knew how long individuals lived at any one address and what happened to a building after someone moved out.

By putting those together they could compare two groups of homes that were nearly the same, except that one was rent controlled and one wasn’t — in other words, one of the cleanest possible ways to estimate the effects of housing supply.

Unfortunately, in that regard, Diamond said, her study was almost alone. “I think there are only a handful of papers that really have data to back up their claims,” she said.

The wrong data, or the wrong rent control?

Partly, that’s because good data can be hard to come by. A well-known study in Cambridge, Mass., for example, drew no direct conclusions about whether a landmark 1994 repeal of rent control actually affected rents — because the researchers could not find data on rents, said co-author and Massachusetts Institute of Technology economist Parag Parthak. A 2007 study that did focus on rents themselves relied on surveying a sample of renters rather than complete, official records. And then there’s the San Francisco study, which cobbled together the needed data from three different sources.

In many cases, especially in older studies, the data did not allow direct comparisons between different kinds of rent control, or between rent-controlled and market-rate homes. As a result, Diamond said, those studies may say more about the circumstances — social, economic, and political — in one particular place and time than they do about rent control.

Several studies of rent control in Europe during and shortly after World War II showed rent control could reduce rental housing stock (and the quality of what remained). But, Garcia said, those studies concerned “hard” rent controls that severely restricted and in some cases halted rent increases, and that bear little resemblance to any policy currently in place in California — meaning their conclusions probably do not apply.

To a lesser extant, similar concerns may apply to the recent San Francisco study. Although well regarded among researchers, it is still just one study of one policy at one point in time. “I think it’s useful, but it’s one point,” Garcia said.

Another pressing problem is that it isn’t clear what rent control policies do on the scale of individual blocks and neighborhoods, what they do to other kinds of housing or how one city’s policy might affect a regional housing market. If there are few good studies of rent control generally, there are even fewer of those kinds of spillover effects.

There are some hints, perhaps, from research like Parthak and colleagues’ study in Cambridge. They found that ending that city’s rent control, which had applied to all rentals, raised property values on other homes in the city. But, again, the Cambridge policy is quite different from anything currently on the books in California. For one thing, Cambridge’s law limited rent increases between tenancies, a policy known as vacancy control. California’s Costa-Hawkins Rental Housing Act outlawed vacancy control, but Proposition 10, the measure on the November ballot, would do away with that restriction, meaning San Francisco and other cities would only then be able to start experimenting with the idea, if at all.

Similarly, while it is possible that changing policy in one city has impacts on housing supply and prices in nearby cities, it remains less than clear what and how large those impacts would be. What would a rent-control change in San Francisco do to homes in the East Bay? “I would love to know more about spillovers, but that’s a very difficult problem empirically,” Sims said. “Measuring it is very hard.”

Are those even the right questions?

Another matter that is not particularly well understood is sorting out who actually ends up in rent-controlled housing. Studies are few in number and may not apply to California, again because of policy differences.

But a deeper question — one that gets even less attention in some debates — is whether there are alternatives beyond variations on rent control itself, such as “rolling” rent control, in which rent restrictions on newly development homes kick in after a waiting period of some years. The Public Press reported in August that many rent control advocates and detractors have not even thought enough about rolling rent control to have an opinion about how it might work.

A May 2018 Terner Center brief suggested two possibilities. In one, governments could use tax incentives to encourage property owners to create affordable housing and preserve what is already out there, similar to policies put in place in Seattle and Tacoma, Washington. Authorities could also create a statewide “anti-gouging” cap setting a maximum increase above the Consumer Price Index and apply to all rental properties, regardless of when they were built. That idea would be possible only if Costa-Hawkins is repealed by voters through Proposition 10, or by the Legislature if that fails.

And there may be a deeper problem still, one that has received very little attention: The housing crisis California finds itself in is much more complex that the problems of any one city and more complex than debates about rent control itself. “Rent control is designed to solve a symptom — prices are high,” said Sims, the Brigham Young economist.

The actual problem, then, may be that not enough is being done, by governments or developers, to create new housing, and that efforts to do so are too local and too patchwork to solve what is fundamentally a regional problem. That the problem is divided into small pieces when it requires a wide-ranging solution, Sims said, “is what drives this.”

Nathan Collins (@sciencenathan) is a former political scientist and astrophysicist. He has written about science and social science for Scientific American, Pacific Standard and Stanford University.