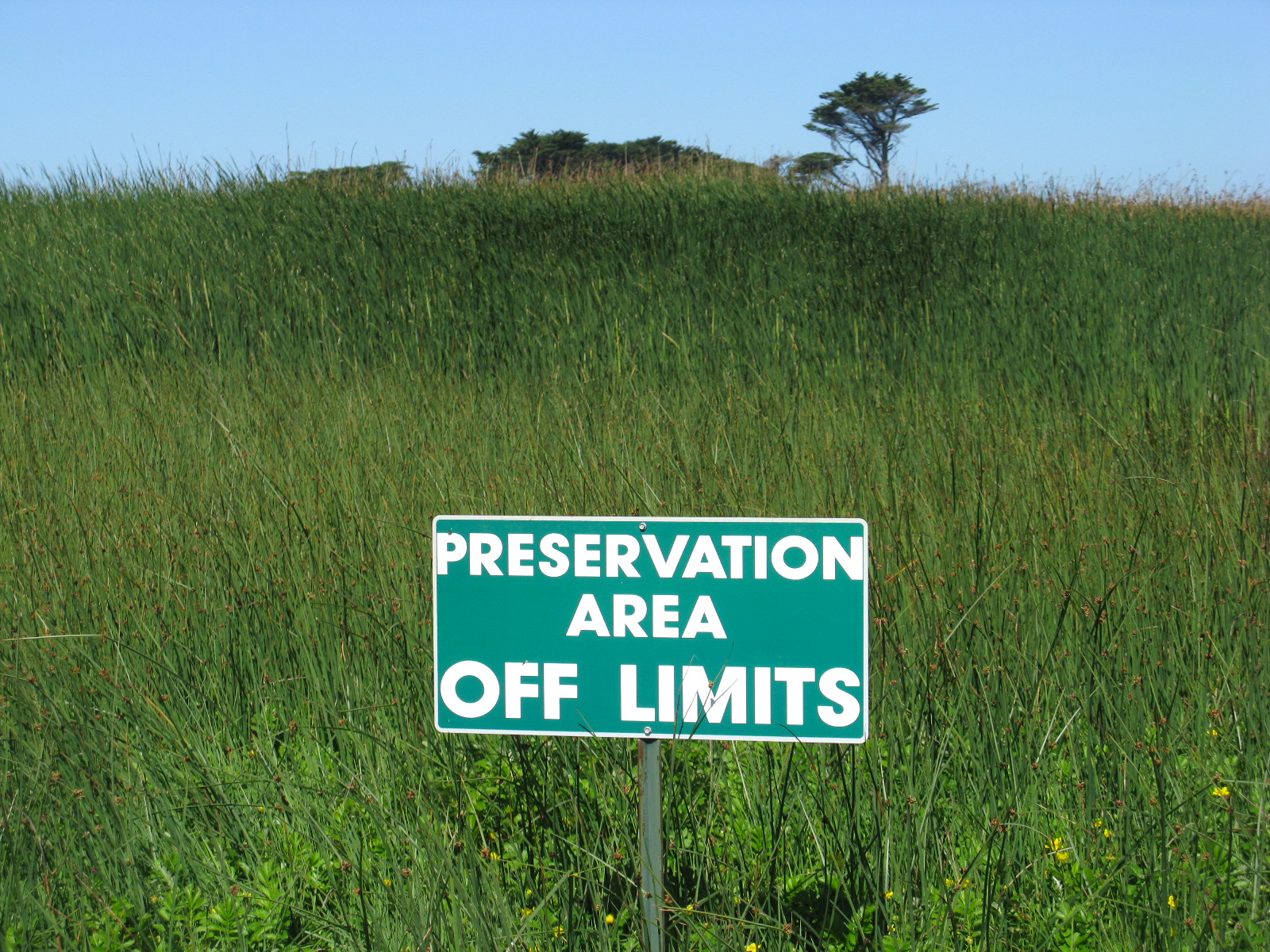 The fate of the San Francisco-owned Sharp Park golf gourse in Pacifica could turn on city officials’ views on how to protect biodiversity. Part of the property is already reserved as a nature area. Photo by Erica Reder/SF Public Press

Erica Reder, Reporter |
LikeTweet EmailPrint More
Public debate about the plight of protected species on a San Francisco-owned golf course in Pacifica has refocused attention on the city’s commitment to safeguarding natural diversity.
In late May, the San Francisco Department of the Environment adopted its first biodiversity plan, which would make it city policy to protect rare plants and animals.
The idea that San Francisco could do more to protect biodiversity is gaining momentum among city officials, a movement that could change debates on land use.
A proposal that Supervisor John Avalos floated last month would turn the Sharp Park golf course over to the National Park Service. His plan was a reaction to environmentalists’ sustained push to aid federally protected species that live there, the San Francisco garter snake and the California red-legged frog.
“My understanding is that the city has not been as aggressive as it needs to be to protect endangered species there,” Avalos said, echoing claims made by six conservation groups that filed a lawsuit against the city over Sharp Park in early March.
Last Tuesday, the Environment Commission approved the department’s 2011-2013 strategic plan, which for the first time includes a section on biodiversity. The plan would commit the city to a program of promotion and outreach on the importance of indigenous species.
David Assmann, deputy director of the department of environment, said the program, is long overdue. The city first published its intention to move in this direction in a 1996 sustainability plan.
The plan, adopted by the Board of Supervisors in 1997, included a seven-page section on biodiversity calling for protecting endangered and threatened species and their habitats. But those recommendations, Assmann said, “have never really been followed up on.”
The Natural Areas Program, part of the Recreation and Park Department, has been the city’s only biodiversity program until now. It is tasked with protecting 32 designated natural areas, totaling more than 1,100 acres, which the park department calls “remnants of San Francisco’s historic landscape.” The program employs nine of the department’s 646 staff.
Lisa Wayne, who manages the program, said her team could use more resources.
“We’re spread extremely thin,” Wayne said. “My hope is that we get additional funding so we can do more of what we’re asked to do.”
Wayne said underfunding plagues the department. Every unit in the department, she said, “is woefully understaffed.”
She suggested that until now biodiversity may have been shortchanged compared with other environmental issues, such as energy conservation and waste reduction.
“Unfortunately, from the standpoint of the critters and plants that live in our parks, people understand and connect with other forms of the green movement first,” Wayne said.
Assmann said the Department of the Environment can change that.
“The Natural Areas Program doesn’t have much in the way of resources,” he said. “They’re overwhelmed. They can’t deal with everything they need to deal with. We see ourselves as a program that could help.”
None of this will directly affect the debate over Sharp Park, at least not until the biodiversity plan goes into effect in 2013.
“In the future, I would assume that any policies that come of the program would have an influence on places like Sharp Park,” Assmann said. “But the issue of Sharp Park is imminent. We wouldn’t be weighing in on something like that right now.”
Still, activists hope to use the momentum the city has created on biodiversity protection to propel their case into more prominence.
“San Francisco and its management of Sharp Park Golf Course is not aligned with what we see to be San Francisco values of preserving wildlife,” said Neal Desai, Pacific region associate director for the National Parks Conservation Association. His organization is one of the plaintiffs in the lawsuit, along with the Wild Equity Institute, the Center for Biological Diversity, the Sierra Club, the Surfrider Foundation and the Sequoia Audubon Society.
The San Francisco Golf Alliance has filed a motion to intervene in the Sharp Park case. If the court consents at a hearing on June 24, the alliance will join the city as a defendant.
The Recreation and Park Department, which owns the 417-acre property in Pacifica, maintains that it can operate the golf course without harming endangered and threatened animals.
Instead of commenting directly to requests for comment, park department spokesman Elton Pon sent a February press release that suggested that sport and nature are compatible land uses: “The 18-hole golf course could be redesigned to coexist with viable populations of sensitive species in the long term.”
Assmann said that planning meetings are already underway, although he anticipates some financial hurdles to the biodiversity program. “The department doesn’t get any money from the city’s general fund,” he said. “Whenever we want funding we have to find it.”

Erica Reder is a native San Franciscan. In addition to covering the environment beat at SF Public Press, she reports for Bay Nature Magazine and KPFA Radio. She holds a B.A. in history from Yale University.