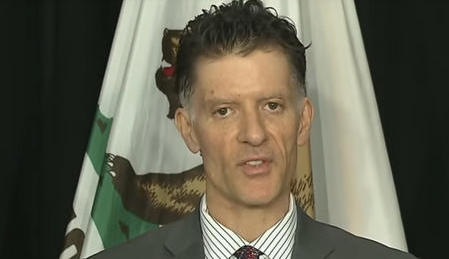 As San Francisco improves its ability to mitigate the spread and treat the effects of the novel coronavirus, the city is also grappling with the fallout of its economic shutdown. Dr. Grant Colfax, director of the city’s Department of Public Health, said at a virtual press conference on Tuesday that the city has rapidly expanded its testing and contact tracing capacity and improved its supplies of personal protective equipment. While the number of new cases has not reduced to the city’s goal, the number of hospitalizations has dropped and hospital capacity meets the city’s target.

Colfax acknowledged, however, that the economic shutdown resulting from the city’s shelter-in-place order has detrimental public health effects as well as economic ones. He also said he expected to see case numbers increase as the city reopens.

“At the end of the day, reopening is about shared risk and shared responsibility,” Colfax said. “We’re going to need San Franciscans to really double down on all of those things, such as making sure that we’re continuing to wash our hands, that we’re covering our faces and we’re keeping distance.”

City Assessor-Recorder Carmen Chu echoed that concern, saying the virus had only worsened already existing inequalities and that the risk of the virus spreading should be balanced with the risks associated with continued economic shutdown.

“I don’t think it’s an either-or. I think that we have to think about it all together, because, frankly, health impacts are all interconnected with economic impact and the ability to put food on the table and to continue to interact with our communities,” she said.

Colfax said the indicators the city is using to monitor the effectiveness of its coronavirus response — hospital capacity, testing, case numbers, contact tracing capacity and personal protective equipment supply — could likely detect an oncoming case surge, but that these indicators could change as scientists and health officials learn more about the virus. He also called a surge in cases “very plausible.”

“We must be both vigilant and flexible as we enter this new phase,” he said.

Other topics discussed at the press conference include: