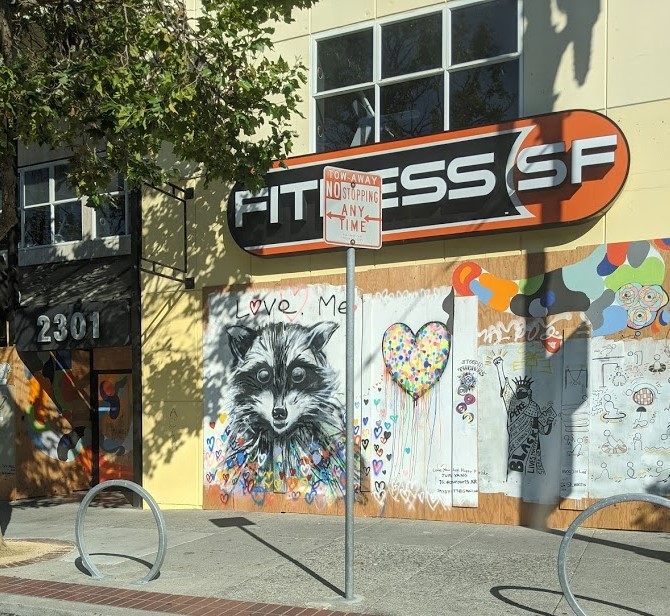 A gym in San Francisco's Castro neighborhood is one of many shuttered businesses that have thrown residents out of work, slicing incomes and prompting requests for help with rent.

The city is in the process of giving out $7 million to help people cover rent — but it has received more than $28 million in requests from over 6,800 applications since this spring, according to the Mayor’s Office of Housing and Community Development, which is disbursing the money from the Give2SF COVID-19 Response and Recovery Fund. City staffers are prioritizing the money for vulnerable tenants, including those from demographic groups that have borne the brunt of the pandemic.

The gap between demand and the city’s capacity has widened since the Public Press first reported it in May. Requests at the time totaled $8.1 million, nearly $2 million beyond what the city’s donation-driven fund could then afford. Since then, the pot of money has grown about 11% while the amount of financial aid requested has more than tripled.

Recipients often say they have lost their jobs in businesses that closed, such as restaurants, said Amy Price, rental assistance manager at the Eviction Defense Collaborative, one of a handful of organizations tasked with getting money to the city’s approved renters. Other people hail from less formal sectors and have no safety net — “a lot of nannies, house cleaners, the undocumented marginalized community,” she said. “They can’t get unemployment, can’t get anything.”

Many people are Latino, including Spanish-only speakers, said Price and José Cartagena, senior program director of Homelessness and Housing Services at Catholic Charities, which is also working with City Hall to distribute the money.

COVID-19 has hit Latino people especially hard. In San Francisco, they make up about half of all cases even though they account for only 15% of the population.

As they have dealt directly with landlords frustrated by mounting debts from tenants, Cartagena and his team have often had to explain the tenants’ rights — including that they cannot be evicted for unpaid rents due since mid-March if their financial hardship is related to COVID-19.

The Mayor’s Office of Housing and Community Development has been targeting the financial assistance at rents due in upcoming months, when eviction protections are slated to dissolve and tenants could face immediate displacement for failing to pay, Cartagena said. That has left “a significant number” of landlords disgruntled, he said.

“They want us to pay the current rent,” Cartagena said. “We explain to them that we cannot, that we can only pay future rents.”

But figuring out which months’ rents are the most important to cover has been a moving target, Price said. That’s because Mayor London Breed has extended the period of her eviction protections near their scheduled expiration dates, and with no prior notice. As a result, scarce Give2SF funds have gone to tenants who later discovered they had not needed them.

“We ended up helping a lot of people for months that were covered,” Price said.

The city and partnering nonprofits have given out about $3 million from the Give2SF Fund, said Hugo Ramirez, program officer at the Mayor’s Office of Housing and Community Development. The average request has been $2,500.

“We are currently working with 1,000 of the most vulnerable applicants to provide them with up to $3,000 in initial assistance,” Ramirez said.

The city is still accepting applications. Staffers weigh many factors to decide who needs the money most, including previous homelessness, income level and rent burden, he said.

The remaining $4 million in rent assistance will likely go out within the next three months, Ramirez said.

Price said Ramirez has directed her to look out for the most vulnerable families that may need an additional payment to avoid displacement. A household can receive up to $10,000 through the program, she said.

Because funds are so limited, that assistance would come at a sacrifice.

“At some point we’re not going to be able to help new people,” Price said.