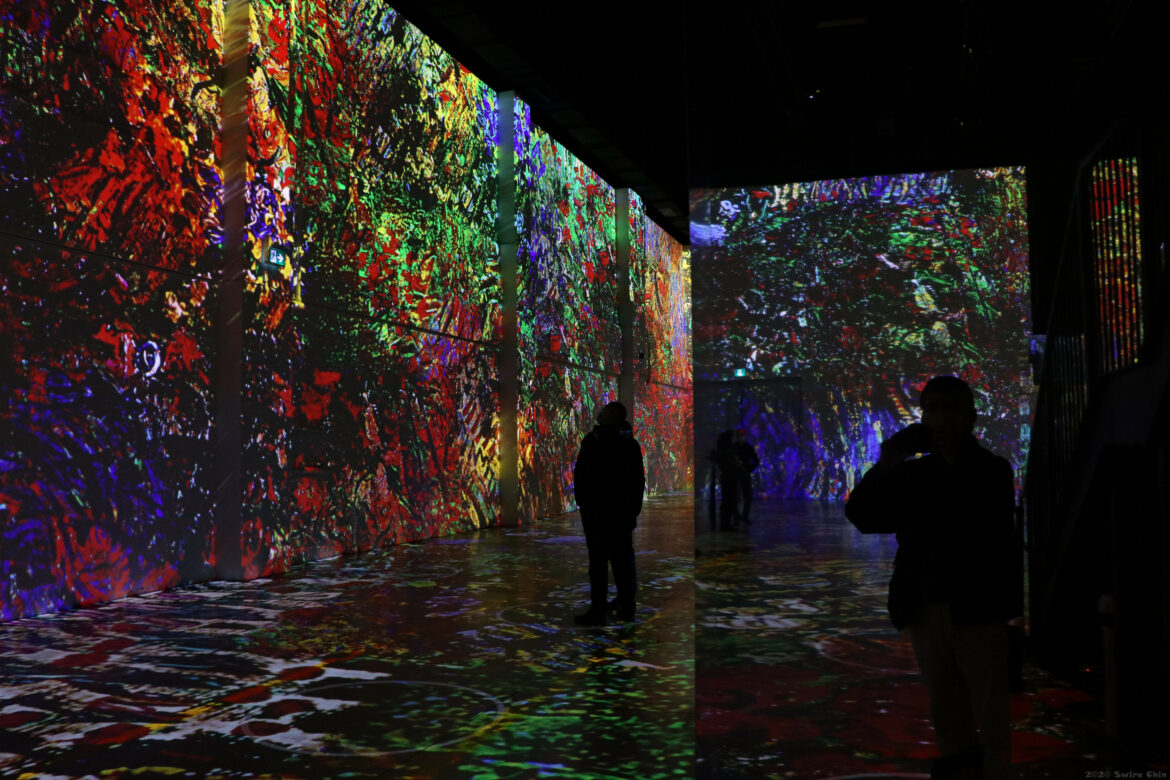 Employees have sued Non Plus Ultra, an event company in San Francisco, saying it filed fraudulent unemployment claims. An immersive Van Gogh exhibit, photographed in Ontario, Canada, recently moved to one of its San Francisco venues.

Non Plus Ultra, an event company that leases the Palace of Fine Arts, Pier 70 and the Old Mint, is under fire from employees who allege it filed fraudulent unemployment claims, harassed and bullied staff and fired them when they confronted leadership, according to a lawsuit filed March 1 in San Francisco Superior Court.

The workers allege the company enrolled an undisclosed number of employees in California’s Work Sharing program, filing a type of claim designed to reduce layoffs by compensating companies if they cut staff hours instead of eliminating positions. Under the program, the state pays up to 60% of staff wages to companies whose claims are approved.

However, the employees named in the suit said they continued working full time, unaware that the majority of their wages were being subsidized by the government.

Non Plus Ultra “defrauded its employees, including plaintiffs, by continuing to receive the services and labor of plaintiffs’ full time work week of 40 or more hours while only compensating plaintiffs for 40% of their total hours worked,” the court filing reads. The plaintiff’s lawyer, Phil Foster of the Tour-Sarkissian law firm, said he had no comment on the case.

Defendants named in the suit are Jordan Langer, the founder and CEO of Non Plus Ultra; his wife, Constance Leanne Langer, who is alleged to have signed the unemployment documents filed with the state; and Louis Pizante, the company’s chief financial officer. Leanne Langer is also the founder of Remunerati, a software company designed for human resources departments.

“This lawsuit is being brought by disgruntled former employees, led by a former manager of the company, who sadly we fear is looking to create business opportunities for himself by attacking our reputation,” said Jordan Langer in an email calling the allegations “completely frivolous” and the lawsuit “without merit.”

“We look forward to addressing it in court,” he added.

Plaintiffs Efthalea King, Kevin Theesfeld, Juan Jesus Garcia, Cody Brown and Ryan Melchiano — the latter of whom has been a partner in the company since 2015 — assert that when the Langers and Pizante’s “bullying, intimidation, and harassment” failed to silence them regarding their discovery of the company’s fraud, they were fired.

According to the complaint, they’re now concerned that they’ll be held criminally liable for their unwitting participation in unemployment fraud — and, if the state demands they refund the money they acquired illegally, that Non Plus Ultra would not pay them for the full time they were employed.

The five employees are demanding Langer hire them back in their former roles, pay them double the back pay from the date of their termination to when they’re rehired and compensate them for losses and legal fees.

Non Plus Ultra is best known for hosting large-scale parties or conferences in its myriad portfolio of properties. It rents out SVN West, an old Honda dealership at Market Street and South Van Ness Avenue that is now the site of a new immersive Van Gogh exhibition, and also holds events at the Midway music venue and Jones, a restaurant and rooftop bar near Union Square. The company also leases several historic landmarks in the city, including the Old Mint, the Palace of Fine Arts and Pier 70, paying the city tens of thousands of dollars in rent each year. [See also: Luxury Event Company Conducts Homeless Sweep Ahead of Tech Conference.]

Unemployment fraud became a major issue in California over the past 12 months, as companies and individuals scrambled to recoup lost income during the pandemic. It’s estimated that the state of California may have paid out $31 billion in fraudulent claims, according to a January report from California State Auditor Elaine Howle.

However, there has been little coverage on corporations participating in fraud related to the Employment Development Department’s Work Sharing program, and requests for comment from the department were not returned by publication time.

In September 2020, the state passed Assembly Bill 1731, which sped up the approval process for Work Sharing program applicants. Under the bill’s direction, the Employment Development Department created a portal on its website to receive incoming claims, sped up notification processes and extended benefits for a full year from the application’s approval date.

In addition to the application for the Work Sharing program, employers must provide “a description of how employees in the affected unit will be notified of the employer’s participation in the work sharing plan if the application is approved,” according to AB 1731. It is unclear if, or how, Non Plus Ultra shared information with the plaintiffs about the unemployment filing.

As the employment agency attempts to identify fraudulent claims, hundreds of thousands of individuals relying on unemployment have had their accounts frozen, some for weeks at a time.

“There is no sugarcoating the reality,” California Labor Secretary Julie Su said at a press event in January. “California did not have sufficient security measures in place to prevent this level of fraud, and criminals took advantage of the situation.”

Correction 3/27/21: A previous version of this story gave the wrong address for the SVN West venue.