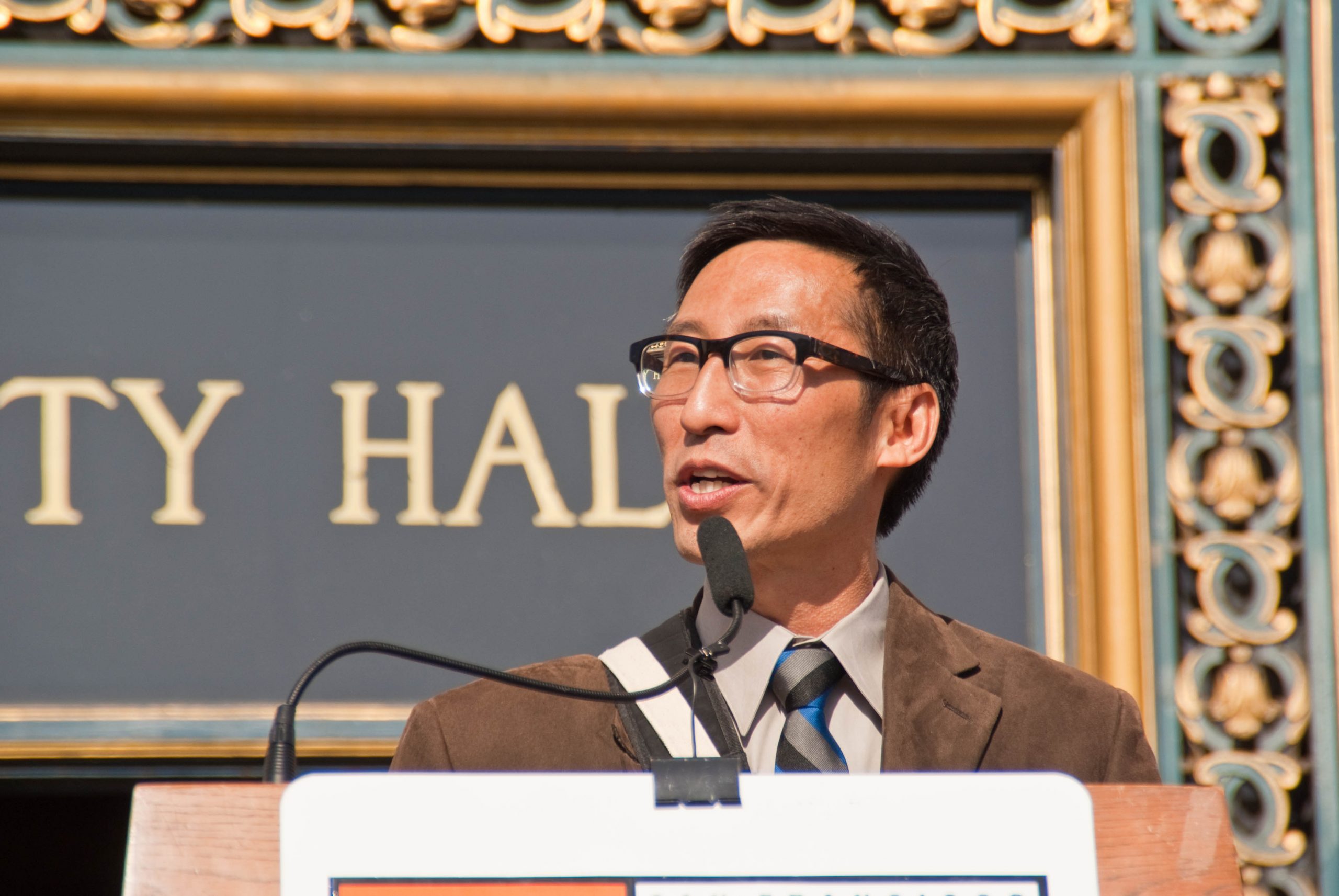 But the election of Donald Trump has cast a pall of fear and uncertainty as local stakeholders scramble to figure out how to enable the city’s undocumented immigrant residents to vote for members of the San Francisco Board of Education without increasing their risk of deportation, which the president-elect has threatened.

Trump has repeatedly said that he would direct Immigration and Customs Enforcement to find and deport millions of undocumented immigrants. He has vowed to “end the sanctuary cities” like San Francisco that refuse to cooperate with immigration authorities. His choice for attorney general, Sen. Jeff Sessions, an Alabama Republican, has a record of hostility to minority voting rights and to sanctuary cities.

“I think it’s very important, given the election of Donald Trump,” said outgoing Supervisor Eric Mar, who sponsored Proposition N, which voters passed, 54 percent to 46 percent. “We have to craft a really strong privacy policy so if anyone wants to vote we have to ensure their contact information and perennial info isn’t revealed or given over to the federal government or any entity like enforcement.”

He added, “I think that the climate of fear has a chilling effect on voter rights.”

Mar and representatives from local groups involved in the campaign for Proposition N planned to gather Wednesday at City Hall to discuss how to craft new voting procedures. The Public Press sought to attend this meeting, but Mar said it was private and refused to disclose its time and location to shield attendees.

“My office’s coordination with our City Attorney’s Office, Department of Elections and other city departments is critical right now,” Mar said. “Some of our parent leaders are undocumented, and I am also trying to be extremely careful to protect their privacy right now as well.”

Angelina Yu, his legislative aide, said future meetings would be open to the public.

Representatives expressed concerns similar to Mar’s beforehand, and said they wanted a safe environment where they could discuss first steps.

“We’ve had preliminary talks about implementation that would protect the privacy of parents,” said Chiu, the former District 3 supervisor who led the unsuccessful campaign for noncitizen voting in San Francisco in 2004. “But because those measures didn’t pass, obviously those conversations weren’t more in depth.”

“It’s always been a concern, but given the anti-immigrant rhetoric spread by Donald Trump, we have to ensure the sanctity and the privacy of those voters.”

Gabriel Medina, policy manager at the Mission Economic Development Agency, said he planned to suggest using school databases to identify parents for voting. That strategy would protect undocumented immigrants because the district’s records do not specify whether a parent is a citizen or not, he said.

“Parents feel secure their data is safe with the school district,” Medina said, because immigration agents have never tapped into those databases in the past.

But a voting system that relied only on those records would not account for noncitizen parents whose children are in daycare, are home-schooled or attend private schools. Such a system might also enable voter fraud, if parents who were citizens used it to vote a second time in school board elections after voting on the local ballot.

Amanda Alvarado-Ford, a program coordinator at La Raza Centro Legal focusing on immigration law, said the new voters should consider lying about where they live to protect themselves.

“Any parent that is going to be registered to vote in school board elections should take great pains not to give addresses,” Alvarado-Ford said. Instead, she suggested using a friend or family member’s address as a “safe address.” But this, too, might enable voter fraud, if someone registered twice with different addresses.

The use of a confidential safe address is not new. California’s Safe at Home program gives participants free P.O. boxes so they can protect their identities and conceal the locations of their homes from the public. The program is specifically directed toward victims of domestic violence, stalking or assault.

Trump recently claimed there was “serious voter fraud” in California, but California Secretary of State Alex Padilla called these statements “unsubstantiated” and “absurd.” Against that backdrop, even the appearance of potential voter fraud could carry heightened risk for San Francisco by drawing the Trump administration’s attention.

“We still have a lot to talk through,” said Annette Wong, director of programs at Chinese for Affirmative Action.

Noncitizen city residents — documented or undocumented — will be allowed to vote for school board members in the November 2018, 2020 and 2022 elections if they meet these conditions:

• They are the parent, legal guardian or legally recognized caregiver of a child living in the school district.

• They are of legal voting age — 18 years old — and not in prison or on parole for a felony conviction.

Unless the Board of Supervisors passes an extension, noncitizen voting would end after the 2022 election.

The San Francisco Controller estimated it would cost a minimum of $160,000 per election to carry out Proposition N’s requirements, which include registering people to vote, training poll workers and distributing voting materials. Costs could be lower if noncitizens voted exclusively by mail, which the Board of Supervisors would have to approve.

This is not the first time voting rights have been extended to noncitizens. Chicago, New York and six municipalities in Maryland have done this as well. Laura Olivas, program manager and organizer of the Mission Parent Council, said San Francisco should look to their examples for guidance.

“We need to understand how other cities do it, and look at what are the roles communities took in that process,” Olivas said.

Olivas, who has worked on the Mission Parent Council for the past two years, said noncitizen parents in San Francisco want to become more engaged with local politics.

“They want to be a bigger contributor, because they already are community leaders, leaders in their household,” she said, “and they are supporting their children in various ways of academic achievement.”

Marco Ponce, who has three children and has lived in San Francisco for 25 years, said, “If you want to run for us, you have to work for us,” referring to the board of education. Ponce was a noncitizen parent for several years before being naturalized in 2008. He recalled the lack of Latino representation on the board and a dearth of Spanish-speaking faculty.

But going forward, those things might change. “They didn’t care about us. Now we are in the public view,” he said.

Luz, a leader at Mission Parent Council and an undocumented immigrant, said she was frustrated with not having a say in the opportunities that teachers have, or in budget management and the language-reclassification process that non-English-speaking students undergo. She spoke to the Public Press on the condition that we use only her first name to protect her identity. Olivas translated for her.

Luz is a parent and 10-year city resident, and she will be on the task force that decides how to implement Proposition N. The stakes are high, she said, because voter turnout “will be affected if parents are not sure they can vote with confidence.” She said she would refuse to settle for less than complete safety in the voting process.

“Our number-one worry is to protect the privacy of parents,” Olivas said. “It’s certainly been a concern in the past and it is all the more real given the situation.”

Update 12/15/16: Because of an editing error, this article has been updated to correct the vote results for Proposition N.