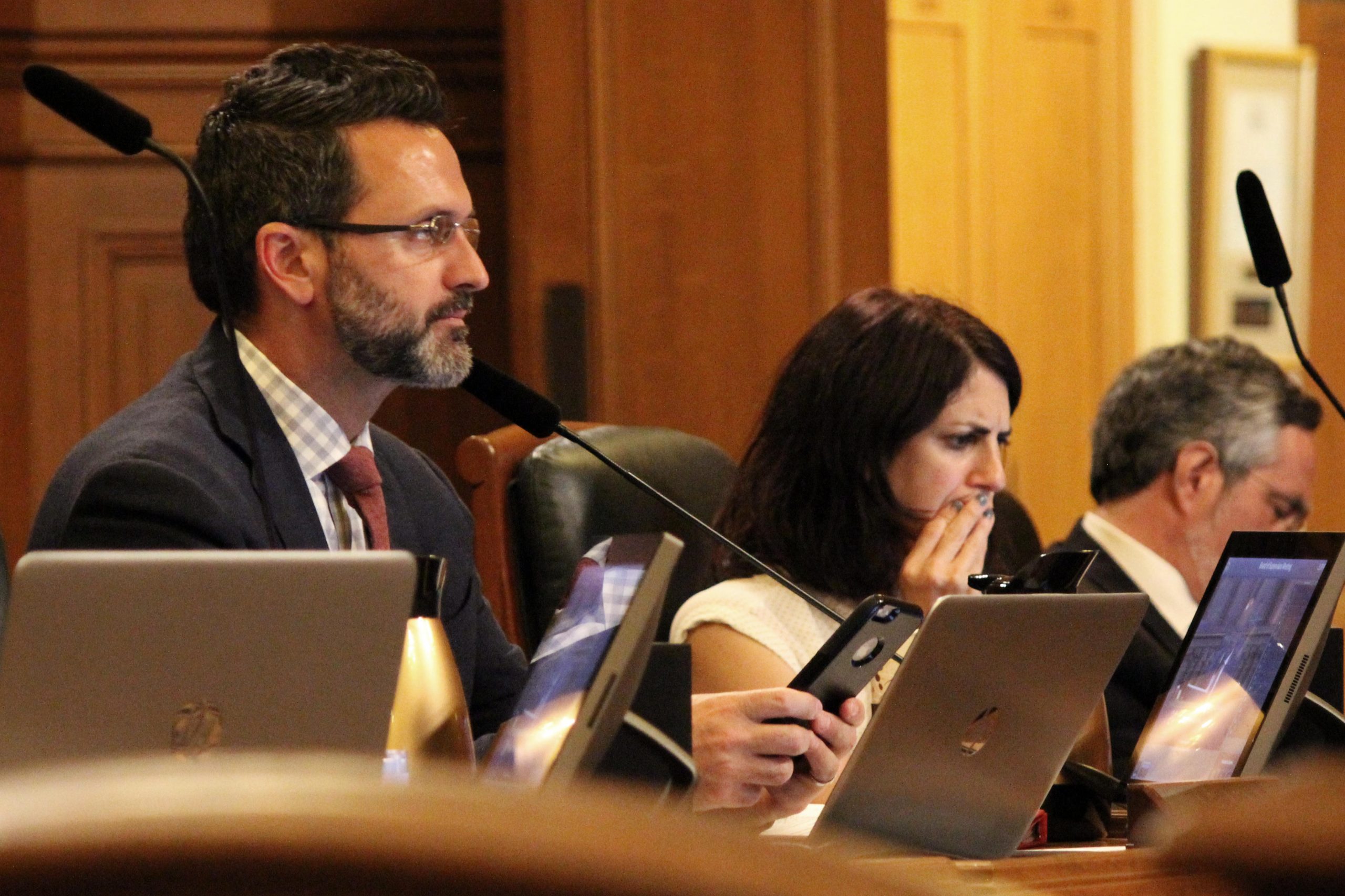 Over the past decade, waves of real estate development and gentrification have crashed upon the city’s eastside — especially the Mission District and South of Market neighborhood — inundating it with new residents, increased congestion and dramatically altering the local character.

The rest of the city has been relatively untouched. But that might be changing, though only slightly.

The Board of Supervisors gave final approval June 18 to legislation that could gradually increase housing density citywide, especially in western neighborhoods, with many of the new units being rent controlled. Initial passage came June 11.

The legislation, sponsored by Supervisor Ahsha Safai, will allow an accessory dwelling unit — often called an ADU or in-law unit — to be built as part of a new single-family home. Previously, the additional units could be added only after the main dwelling was built. It could also expedite the approval process for units that satisfy all local design requirements by removing the public’s ability to appeal them. The changes make San Francisco’s ADU program conform with state regulations.

Safai acknowledged that this legislation was unlikely to spur a rush of development. He said other regulations would follow, and together they would strengthen the city’s program to “bring thousands of units to the city.”

He added that “it is a big deal in the sense that it’s changing people’s perspective in how they approach density.”

Supervisor Aaron Peskin, who in 2016 sponsored the legislation creating the city’s program, said he supported greater housing density and giving property owners tools to foster that. But he underlined that this marked a dramatic shift in urban planning.

“Let’s talk about what this is. This is legislation that, for all intents and purposes, means that single-family zoning in San Francisco no longer exists,” Peskin said. Zoning designates what can be built where, specifying residential, commercial or mixed use, and it can limit housing density.

Single-family homes account for 27 percent of all housing units in San Francisco but take up 62 percent of the city’s residential land, according to a 2018 Planning Department report.

The legislation is intended to also render moot a lawsuit by the California Renters Legal Advocacy and Education Fund, a nonprofit organization led by Sonja Trauss, who helped found the local Yes in My Back Yard movement. The pro-building group sued San Francisco in December because its Accessory Dwelling Unit program failed to follow the state’s requirements that builders be able to incorporate extra units into new construction, and that the units satisfying all local zoning laws be exempt from “discretionary review” — a process in which members of the public can ask city staff to consider whether a project should proceed.

The nonprofit argued that the local program was slowing down ADU construction, thereby increasing costs that eventually hit renters. “The city is guaranteeing that the only ADUs approved will be constructed by those with the most money and able to charge the highest rents,” wrote the Education Fund’s Dylan Casey.

After the board’s first vote, Trauss was hopeful her group could drop the lawsuit. Assuming the mayor signs the legislation, she said, “then yes the city will have put themselves in compliance with state law!”

Through the city’s program, accessory units are rent controlled as a condition for waiving design requirements, such as for bicycle parking or open space. That means the rent is generally set at the market rate for a new tenant, with modest annual increases thereafter regulated by the Rent Board.

Accessory dwelling units are not allowed on properties where tenants have been permanently evicted within the previous five years through an owner move-in, or within the previous 10 years as part of a condominium conversion, demolition, lead abatement, rehabilitation or improvement to the structure.

Mark Hogan, a principal architect at OpenScope Studio and a specialist in accessory dwelling unit construction, said the legislation’s impact would be limited.

“There are barely any vacant single-family lots” for developers to build the new projects, Hogan said, “so it’s never going to be common.” Another report by the Planning Department said that only 37 single-family homes were built in 2018.

Sean Keighran, president of the Residential Builders Association of San Francisco, agreed. Compared with the cost of building a larger structure, designing an ADU into a project is “kind of a wash,” he said. “There’s no financial incentive for us to do this.”

Instead, Keighran said, the impact will occur incrementally as the Planning Commission weighs in on projects that must come before them because they do not fully satisfy city code. In exchange for approval, the commission often asks builders to modify their projects in ways that increase density, he said. This legislation will give them an additional means to do that.

“The commission will exercise this right and ask people to put them in,” Keighran said.

Planning Commissioner Myrna Melgar confirmed that intent. “That’s exactly what we’re trying to do,” she said.

And the commission may have frequent opportunities to do it.

“At least once a week it comes before us that someone wants to build a single-family house,” Melgar said, adding that projects tend to be in western neighborhoods — the Richmond, Sunset and Ingleside.

Commissioner Rich Hillis said that if he had his way, accessory dwelling units would be required in all new single-family homes and small multifamily buildings. “I’d like to see developers build to maximum density,” he said.

Absent that sea-change, Hillis called the legislation “a great solution.

“Is it going to solve the housing crisis in and of itself? No,” he said. “But it’s one additional tool.”