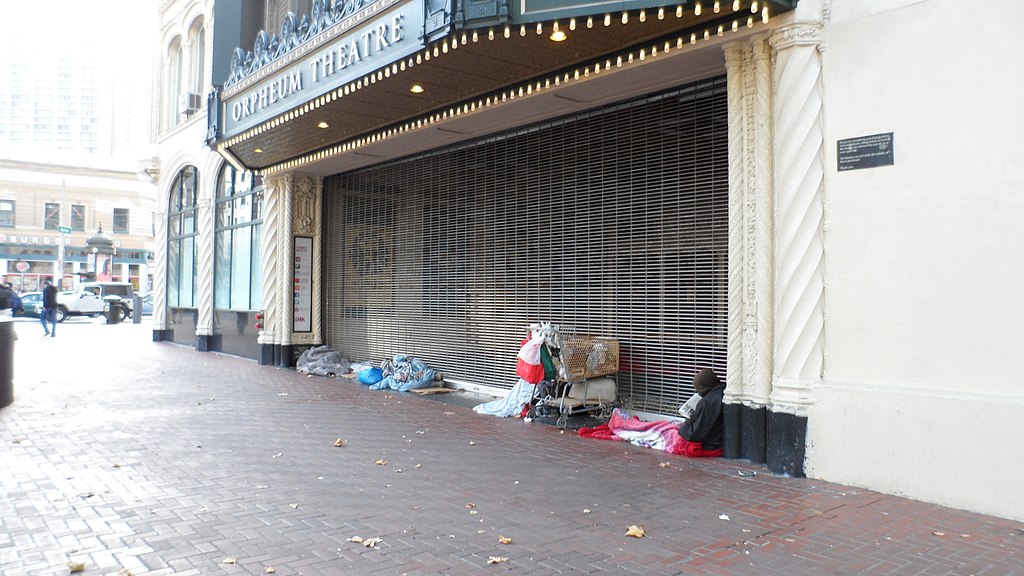 Homeless advocates have pressed San Francisco’s Department of Homelessness and Supportive Housing to keep eviction protections for shelter residents, in fear that without them, many will end up on the streets.

San Francisco officials said they intended to reverse a policy change that would have left homeless shelter residents with fewer protections from eviction than they had before the COVID-19 pandemic hit.

The policy would have eliminated decades-old rules and endangered the rights of shelter residents and unhoused people citywide, increasing their risk of being pushed onto the street amid a coronavirus surge, advocates said.

On Wednesday, one day before advocates prepared to hold a protest initially billed as a “die-in” outside the Moscone Center South homeless shelter, the city reversed its decision. The former shelter grievance policy will stand, and in addition, will be extended to residents of shelter-in-place hotels. The grievance policy allows residents to formally challenge complaints or evictions from shelters.

“It’s a great first step to restore due process to shelters, but we’ve got a long way to go,” said Jennifer Friedenbach, a member of the Shelter Advisory Grievance Committee, and executive director of the Coalition on Homelessness.

In an email obtained by the Public Press, the Department of Homelessness and Supportive Housing stated its intent to reactivate the shelter grievance policy at congregate shelter sites, and to eventually extend it to shelter-in-place hotels. The only change is the inclusion of the Department of Public Health in the eviction of residents, to mitigate coronavirus spread.

In response to questions about the policy change, the Department of Homelessness and Supportive Housing said in an email it has been working with various parties involved to “explore how to reintegrate past grievance practices that are COVID informed.”

San Francisco’s shelter grievance system was instituted in 1992 and offers those facing eviction from shelters a formal hearing with an advocate and a trail of documentation tracking a dispute. It could be employed by people accused of behavior violations, or by those who weren’t admitted to a shelter even if beds were open. It’s been widely used. Between May 2019 and July 2020, 3,302 grievances were filed across 17 shelters.

Leah Simon-Weisberg, who assists shelter residents with their grievance filings in her work with the Eviction Defense Collaborative, said on average 80% of denial-of-services claims are overturned, withdrawn, or dismissed when an advocate is present and a hearing takes place.

However, when the pandemic hit and shelter residents were transferred out of congregate shelters into shelter-in-place hotels, the shelter grievance policy didn’t go with them. Since April, members of the Shelter Grievance Advisory Committee (a body made up of shelter providers, eviction lawyers, shelter residents and homeless advocates) has pushed for an expansion to protect the more than 2,300 hotel residents who can be evicted without a hearing or due process.

Homeless advocates, who have seen firsthand how vulnerable people are in shelters, emphasize the importance of a fair process. Residents “can get put out for really minor situations: having food in their bed or getting in a verbal altercation with somebody,” said Friedenbach. “Getting kicked out of a shelter can have a major implication on someone’s life.”

Instead of expanding the shelter grievance system, in September the Department of Homelessness and Supportive Housing decided to scrap the longstanding process altogether. On Sept. 24, its staff announced a new policy, christened the Alternative Housing System Exit Strategy, which eliminates much of the preexisting due process. The department did not respond to a request that it explain the rationale behind that change.

It was created without input from the advisory committee, and stripped shelter residents of key protections. Under the strategy, shelter residents would be immediately ejected if they committed an act of violence, arson or property damage. But it wasn’t just actions. Threats of violence reported by other residents could also result in someone being kicked out of a shelter, even if a staff member didn’t witness it.

Violations of mask wearing, vague threats and “disruptive behavior” could result in someone being ejected after three strikes. If someone was told three times that their mask didn’t cover their nose, they could be forced out. If someone interpreted a fellow resident’s statement as a threat, that person could be evicted. And disruptive behavior, as anyone who has lived in congregate housing can attest, is truly up to interpretation.

All residents’ complaints about evictions or treatment by staff were to be filed through email, or placed through an unmanned hotline, the voicemail of which was to be checked intermittently by staff from the city’s COVID Command Center. Both required access to either a computer or a phone, which many shelter residents do not possess.

Also, the right to a client advocate to help shelter residents navigate the process was abolished.

Abigail Stewart-Kahn, interim director of the Department of Homelessness and Supportive Housing, said during an Oct. 8 meeting with providers that the new plan was created without the input of the 28-year-old Shelter Grievance Advisory Committee. She did not explain why the committee was excluded from the decision-making process regarding the new plan.

“In seeking a work group, HSH was never intending to rewrite or sidestep the Grievance Advisory Committee, rather we did not want to presume that this group wanted to host this conversation,” she said.

The policy reversal is a win for advocates. But Thursday’s scheduled die-in protest is still on.

Friedenbach called Wednesday’s news “a partial victory” because it would not immediately extend the grievance process to hotel residents. “There’s a lot of pressure for HSH to empty out the hotels,” she said. “And if they kick people out it’s a way for them to get around finding housing for people.”

Correction: This story has been corrected to indicate that Jennifer Friedenbach said the city would not immediately extend the grievance process to hotel residents. An earlier version indicated the opposite.