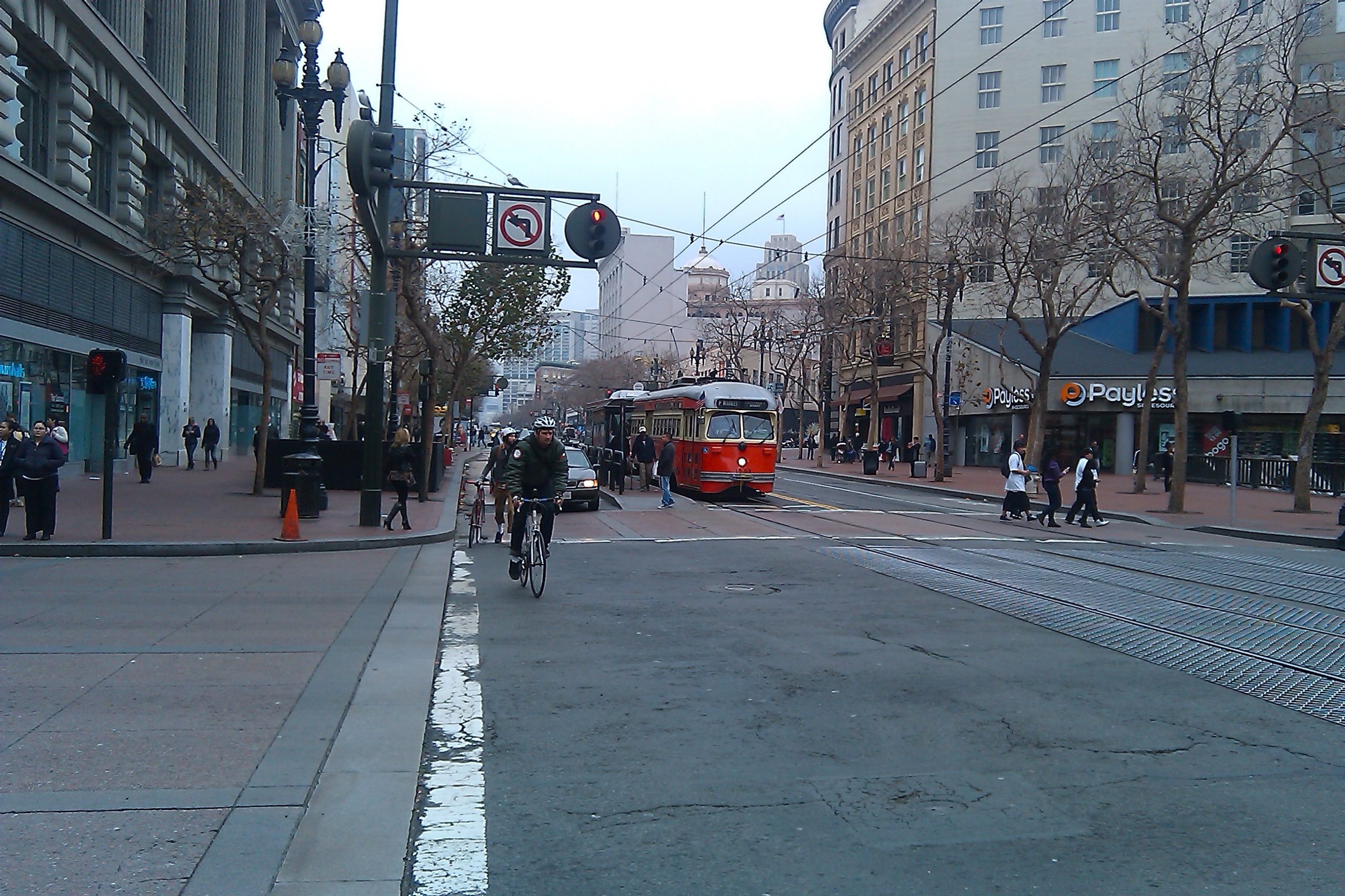 The San Francisco Municipal Transportation Agency, which operates Muni, says the pilot program that forces drivers to make a right turn on parts of Market Street is working.

The program, which began in Sept. 2009, directs drivers heading east on Market Street to make a right turn on 10th or Sixth streets. The experimental program was designed to improve Muni travel time and increase foot traffic in the area.

The agency released a study Friday that says travel time for Muni was trimmed by three percent and that there was an increase of bicyclists and pedestrians in the area since implementing the car restrictions.

“The Required Right Turn Project takes a measured approach to improving conditions for transit customers, pedestrians, cyclists and taxis,” said Nathaniel P. Ford Sr., executive director of the transportation agency “Our numbers show that these minor modifications have produced real results and have contributed to making Market Street more inviting,” he said in a statement.

A public hearing will be held Feb. 4 to discuss the program at City Hall in Room 416. The agency’s board of directors could decide to make the program permanent.