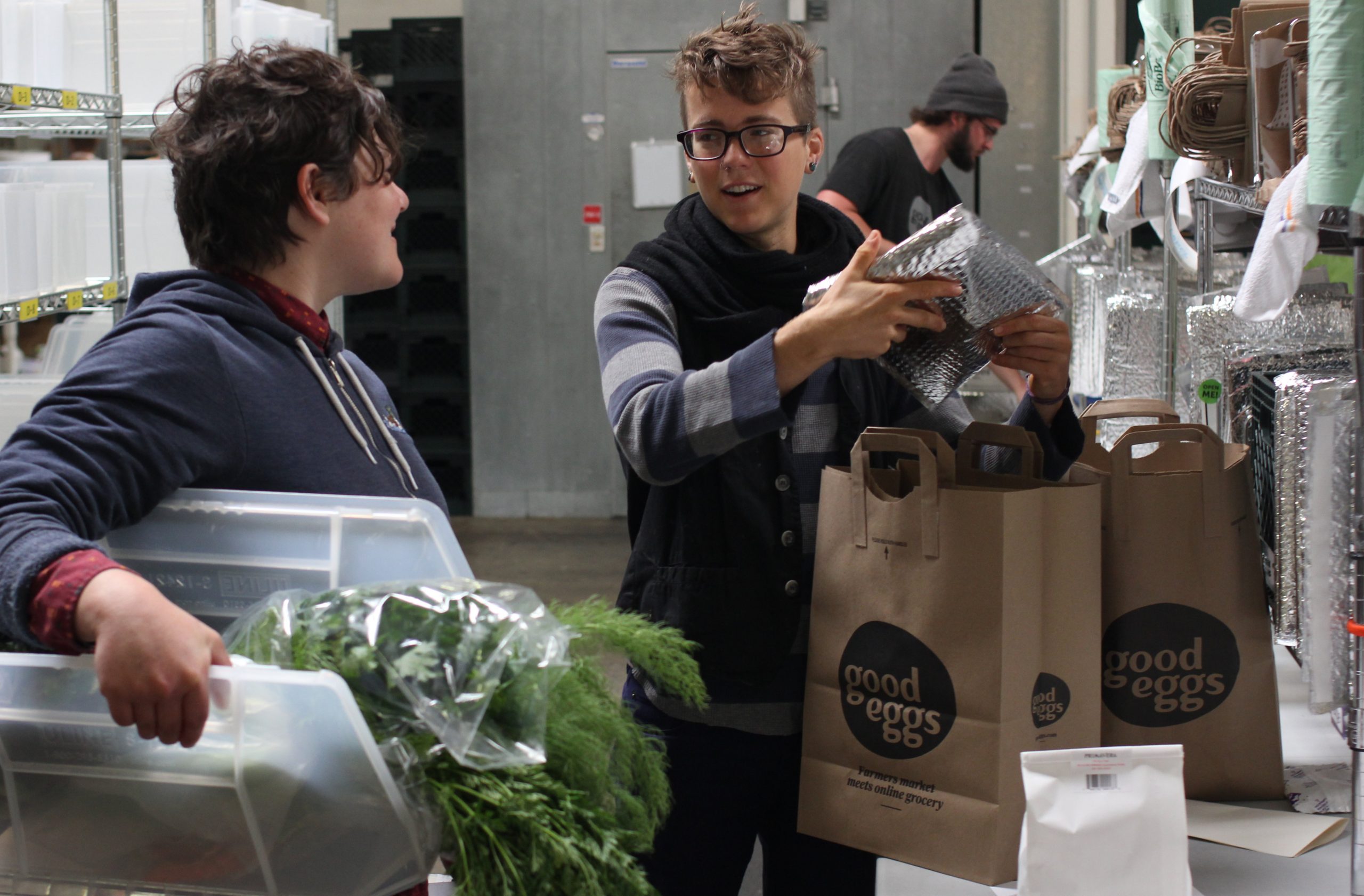 Bay Area residents who rely on food stamps will soon be able to use them to buy groceries that they order online.

The United States Department of Agriculture in March approved a request by online grocer Good Eggs for permission to accept the subsidized payments, though it still cannot take them online.

Food stamps — known formally as CalFresh or the Supplemental Nutrition Assistance Program, or informally as EBT, for the Electronic Benefit Transfer cards that recipients use — are a federal subsidy available for very low-income people. Good Eggs, which sells locally grown produce, specialty baked goods, meat and prepared food, delivers to customers in cities from San Rafael to Palo Alto.

Rahmin Sarabi, who helped found the company, said the effort to make it food stamp-accessible, which he led, started last year when Good Eggs tested giving discounts to low-income customers. The pilot program’s participants tended to be middle-aged women with children or older people on fixed incomes, Sarabi said. One family in San Francisco’s Mission District spent about $300 every month on things like prepared rotisserie chickens and masa for making tortillas.

Many found the products too expensive even with a 50 percent discount, Sarabi said, but they offered a common refrain: “If you accepted EBT, this could be great for me.”

An estimated 18,272 San Francisco households use food stamps, which U.S. Census data for 2013 show accounts for about 5 percent of all city households. About 44 percent of the households on food stamps include at least one child.

Jesus Mendoza Jr., western regional administrator for the U.S. Department of Agriculture’s Food and Nutrition Service, said the department will start allowing some companies to accept food stamp payments online later this year. For both companies and consumers, that “would be a game changer,” Sarabi said.

Meanwhile, Good Eggs has come up with a workaround; customers using food stamps can select their groceries online but wait to pay until delivery.

In person, an Electronic Benefit Transfer card works like any other debit card. But that delay presents logistical obstacles. “We need to figure out what happens if someone isn’t there at the time of delivery,” Sarabi said, “or if there aren’t enough funds on the EBT cards.”

Only two other online grocery stores nationwide are allowed to take food stamps, Mendoza said. They are FreshDirect in the South Bronx in New York, and Crisp!, in Chicago.

Sarabi said Good Eggs’ new eligibility is not enough; the products will need to be affordable: “It’s not a simple if-you-build-it, they-will-come thing.” The pilot program’s discount was funded by a $5,000 donation, and he said he now plans to court tech companies to support another discount for people using food stamps.