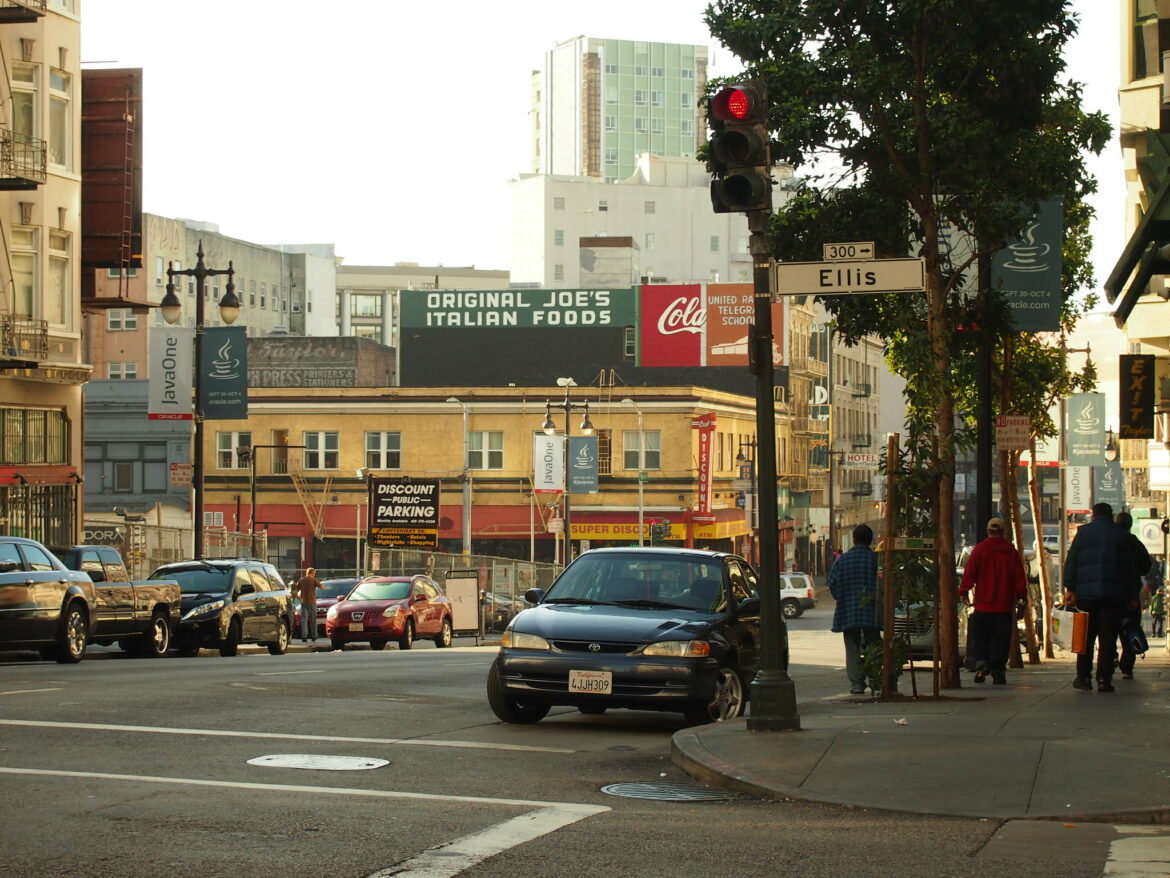 A coalition of 45 groups, including the San Francisco public defender’s office, announced their opposition to the city’s move to employ injunctions to bar drug dealers from the Tenderloin.

Three months ago, Herrera filed civil lawsuits seeking restraining orders, or injunctions, against 28 alleged drug dealers, banning them from a 50-square block area in the Tenderloin. The individuals had each been arrested at least twice in the last 18 months for the sale or possession of fentanyl, heroin, cocaine or methamphetamine.

“Recent efforts like these in San Francisco by Trump appointee U.S. Attorney David Anderson failed to yield any substantive improvement of the city’s safety or health of its citizens,” Jeannette Zapatin, California policy director with the Drug Policy Alliance, said at Wednesday’s press conference. “After only one year, the federal government closed its operations in September, and the city has now picked up the baton by seeking to issue individual injunctions, a policy proving to be ineffective time and time again.”

Injunctions are a controversial tactic, commonly associated with attempts to mitigate the presence of gangs. The city attorney’s office began pursuing gang injunctions in 2006 that banned those subject to the orders from wearing specific colors or visiting certain neighborhoods. All 139 men originally named were Black or Latino, and each faced up to six months in jail for violations. Under pressure from advocates, city supervisors and the public defender’s office, Herrera ended his gang injunction suits in late 2019.

Herrera noted in a Dec. 15 letter to the coalition that the injunctions in what he has christened the “Tenderloin Drug Abatement Area” are not a “silver bullet” to ending drug dealing, drug use and overdoses in the neighborhood, but said he believes enforcement is one piece of the puzzle.

“More needs to be done, including more drug treatment options, expanded mental health help and a concerted focus on major narcotics suppliers,” he said. “But these injunctions will give law enforcement one more tool to help keep Tenderloin residents safe.”

Public Defender Mano Raju has said these efforts do not reduce drug use.

“We know from decades of experience that these low-level sellers will quickly be replaced with other sellers, making the market more volatile and dangerous and potentially causing worse health outcomes — including more overdose deaths — as people who suffer from drug addiction buy from unknown sources,” Raju said in press release on Sept. 24, the same day the injunctions were announced. “It also means that we will likely see no change on the streets.”

Raju cited an August 2019 collaboration between the San Francisco Police Department and the U.S. Attorney’s Office in which 32 people accused of dealing drugs were arrested but little change was made to the drug supply in the Tenderloin.

Despite the arrests, overdose rates in San Francisco have continued to rise. In 2019, 441 people died of drug overdoses. In the first 10 months of 2020, the medical examiner has reported 570 fatal overdoses.

Kristen Marshall, manager of the DOPE Project, an overdose prevention program funded by the Department of Public Health, said the arrests may be partly to blame for a rise in overdoses, as users lose access to a consistent, vetted supply, forcing them to turn to new sources to stave off withdrawal.

“We have decades of evidence and experience that law enforcement operations and injunctions like what City Attorney Dennis Herrera is seeking only further the harm within the communities that they claim they want to help,” she said. “It further increases risk of overdose by creating chaos and interrupting drug supply. Overdoses increase as a direct result of these actions.”

Instead, the coalition argues, resources and money being dedicated to filing these injunctions would be better served as investments in community-based resources that address the root causes of drug use and addiction.

Daisy Gavarette, a social worker with Legal Services for Children, often works with young immigrants who both use and deal drugs for survival. Many of the people targeted by the injunction immigrated from Honduras, but Gaverette says that there is a lack of tailored resources for vulnerable young Latinos who’ve immigrated in San Francisco.

“In the time I’ve worked with youth in the Tenderloin, I’ve seen them struggle to access basic, culturally-appropriate services including food, housing, medical and mental healthcare, and substance use treatment,” she said. Under such stress, Gaverette claimed that many of the young people she works with turn to drugs as a way to cope and make money.

Herrera’s office did not respond by publication time to questions about how the office plans to track the success of the injunctions, and whether it plans on filing more of them.

In the meantime, the coalition plans to continue pressuring the city to end the injunctions. More groups are continuing to review the arguments and sign on to the efforts, according to organizers. They hope to meet with Herrera to discuss a new approach and will release new demands in the coming days.