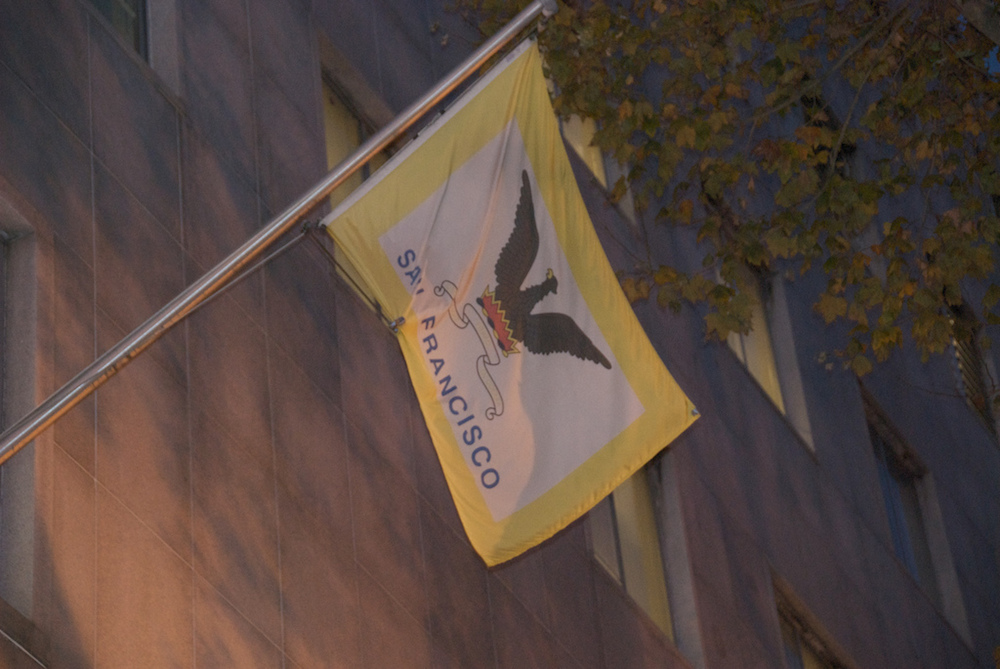 The Hall of Justice at 850 Bryant Street in San Francisco is home to the Behavioral Health Court, which meets only a few times per month. Photo by Steve Rhodes.

An new reform to California’s prisons that reduces tough sentences for some felonies could also provide a financial windfall to a long-running community court experiment that diverts people with mental illness out of the criminal justice system.

State Proposition 47, approved by voters on Nov. 4, will provide millions of dollars in savings by reclassifying six felonies as misdemeanors, allowing the state to move thousands of prisoners back into the community under supervision.

The Legislative Analyst’s Office estimates that 65 percent of $100 million to $300 million would be redirected to the expansion of community-based services that would also help people with mental illnesses. The savings would be directly generated from freeing up 10,000 to 30,000 jail beds across the state.

The initiative’s wording cites the success of mental health courts, including San Francisco’s Behavioral Health Court, as worthwhile programs. But state officials say it is too soon to tell whether San Francisco would be able to take advantage of the program. It is unclear how quickly the court could expand beyond the 150 or so clients who get guidance through existing treatment and housing programs.

San Francisco’s court, which now operates on $2.5 million a year, not including treatment costs, could complement the sentencing reform measure. The court, which operates just two days a week, calls itself “collaborative,” because it invites social service providers to offer guidance and medical support.

Many of the Behavioral Health Court’s defendants struggle with marginal housing or homelessness, said Jennifer Johnson, an assistant public defender assigned to indigent clients. Successful “graduation” from the program means independent living and securing permanent housing. The court reports that it has reduced recidivism and graduated 47 percent of exiting clients in 2013.

While it does not appear different from a typical courtroom at the Superior Court House on Bryant Street, the Behavioral Health Court is unique because participants are closely monitored and treated with special care.

Johnson helped start the court in 2002 as a response to a growing population of prisoners with mental illness. She said it is difficult to help many defendants because they face felony rather than misdemeanor charges. The court also faces institutional challenges because financial constraints keep it from operating on a larger scale.

Albers requires close supervision for a minimum of one year. Defendants must appear regularly before a judge and document that they are receiving treatment, including Alcoholics Anonymous or group therapy. In all instances, defendants’ medication intake is monitored.

Defendants have both positive and negative experiences at the Behavioral Health Court, said Leah Jacobs, a doctoral student at the School of Social Welfare at the University of California, Berkeley, who has interviewed participants as part of her social work research. She said requirements attached to alternative sentencing “either exacerbated mental health problems or precluded participation in other activities intended to help the person get back on their feet.”

Jacobs said her research suggests that the social welfare and judicial functions of the state should be kept separate. “But if Prop. 47 is actually funneling funds previously spent on incarcerating these individuals to community-based services, we may see this dissipate.”

Nearly two-thirds of the savings from Proposition 47 will go to the Board of State and Community Corrections. Tracie Cone, board spokeswoman, said she did not know whether the mental health court would benefit financially from the savings and that the board had not decided how to allocate funds. However, the budget brief analysis cites mental health and drug courts as intervention programs that demonstrate low re-arrest rates, programs much like the ones the board has backed in the past.

Shorter sentences will reduce expenses for prisons and jails. Some savings will be directed to school truancy prevention programs, mental health and drug abuse programs, and other services designed to reduce jail populations, according to a budget brief from the California Budget Project.

Check forgery and possession of stolen property are currently known as “wobbler” crimes — those that can be charged as either misdemeanors or felonies.

Proposition 47 allows for the resentencing of already convicted felons. That could qualify a larger group of criminals for Behavioral Health Court, which has overseen, at most, 150 misdemeanor defendants a year since 2002.

The money will not go to court directly but to affiliated programs, including Jail Psychiatry Services, Citywide Case Management, the District Attorney’s Office and the Department of Public Health, among other intervention services affiliated with the Behavioral Health Court.

The savings will be appropriated into a fund designated for the Board of State and Community Corrections.

The savings will deposit into the fund beginning August 2016. “It’d be a game-changer for sure,” Cone said.

Sanne Bergh graduated with a degree in Literary Journalism from UC Irvine, where she was a staff writer and photographer for the New University weekly newspaper. She has also written for the San Mateo Daily Journal, Orange Coast Magazine, and she was editor for Kiosk Magazine, an online literary journal. Find her on Twitter: @sanne_bergh