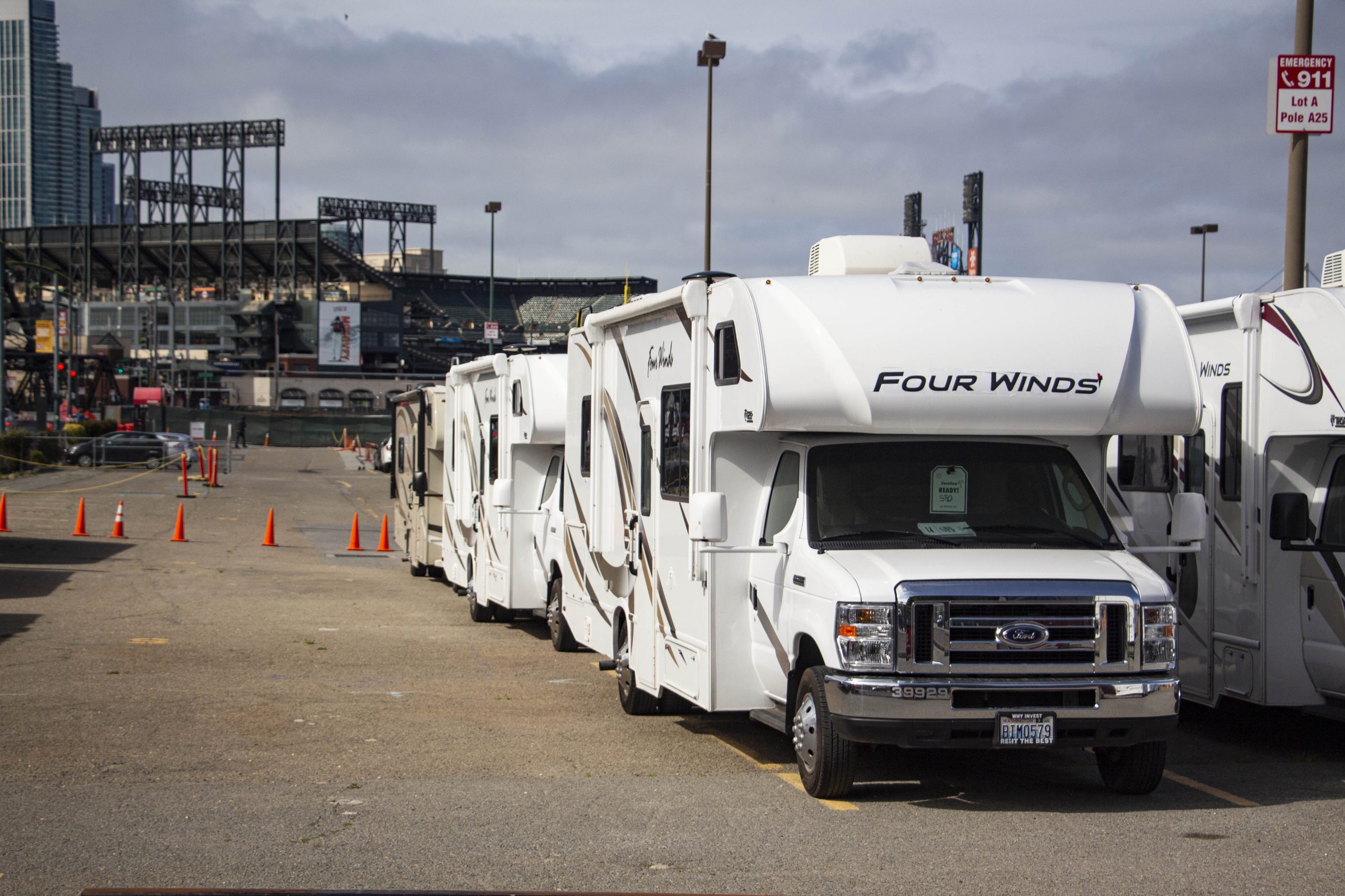 While the coronavirus was spreading in San Francisco’s homeless shelters, 30 recreational vehicles leased by the city to house people affected by the pandemic have been sitting empty for nearly a month, a city official confirmed Thursday.

The RVs were intended to house people who were awaiting coronavirus testing or had tested positive for the virus and did not have access to adequate housing. The city still plans to deploy the vehicles — and 91 camper trailers being supplied by the Federal Emergency Management Agency — for that purpose, said Chandra Johnson, a spokeswoman for the Human Services Agency.

Officials will meet Friday afternoon to discuss where the trailers will go, who will be placed in them and when all of that will happen, she said.

“There needs to be an operational and staffing plan in place and a dedicated population for the RVs,” Johnson said. The agency has been working with several other city departments to get the RVs online since they arrived in March.

In the past weeks, two homeless shelters in the city have reported coronavirus cases. Multi-Service Center South, the city’s largest shelter, experienced the most serious outbreak, with 92 residents and 10 staffers testing positive for the virus. The city has since scrambled to place shelter residents in hotel rooms devoid of visitors because of the pandemic.

City agencies spent just over $440,000 to lease the RVs through June, according to a Reuters report. They were staged in the Presidio on March 19, when Department of Emergency Management spokesperson Francis Zamora told Reuters the city was finalizing plans to place them. Zamora said the city wanted to have the RVs on hand in case the coronavirus spread into the city’s homeless population.

Instead, the RVs were moved to a parking lot in the shadow of Oracle Park where they’ve sat unused since.

“It’s a shame they’re sitting empty when there’s folks out on the street with nowhere to go and no way to protect themselves from the virus,” said Jennifer Friedenbach, executive director of the Coalition on Homelessness. “The fact that it’s taken a while to staff up is indicative of our underfunded medical system.”

While legitimate hold-ups may have prevented the city from deploying the RVs, it’s also possible officials have wasted precious time on unnecessary logistics, Friedenbach said.

“In an emergency, sometimes it means simplifying,” she said. “Maybe you don’t have staffing. Maybe you need a group of unhoused people who are self-organized and just provide food.”

Correction: This article has been updated to reflect the fact that no general announcement on the future of RVs is planned.