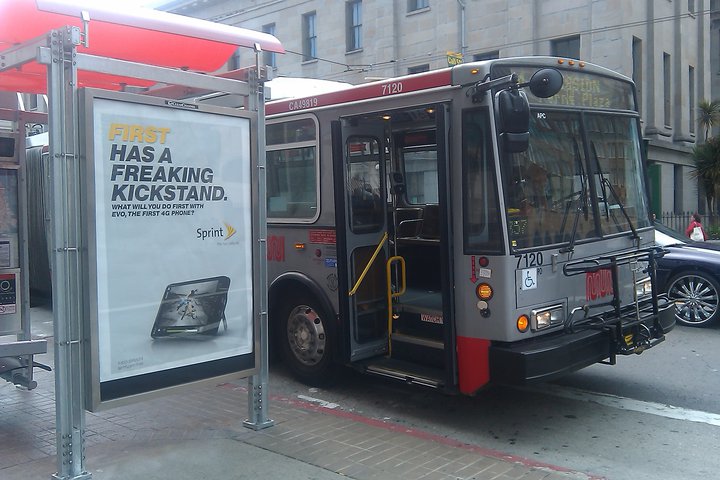 Muni will be restoring 178,871 hours of service by Sept. 4, which include restoring “night owl” service to every 30 minutes and fully restoring the light rail system. Photo by Jerold Chinn/SF Public Press.

Sixty-one percent of summertime Muni service cuts would be restored under a financial plan proposed by Mayor Gavin Newsom and the San Francisco Municipal Transportation Agency.

The changes could come as soon as early September, and are higher than the 50 percent restoration promised earlier in the summer. The $15 million one-year funding package includes money shaved from the San Francisco Transportation Authority and Metropolitan Transportation Commission. The agency also looked at cutting back on hundreds hours drivers are paid while waiting for shift changes.

The restoration is part of a larger agreement between the mayor and the president of the Board Supervisors late in July.

Paul Rose, a spokesman for the agency, said Muni would eliminate 232 working “standby” hours — the time drivers are paid waiting for shift changes. But before these changes are made, the agency will present the changes to the Transit Workers Union Local 250-A, which represents Muni operators.

The 61 percent restoration would bring back about 179,000 hours of service, which would include bringing the late “night owl back service to every 30 minutes and fully restoring the light rail vehicles.

The Municipal Transportation Agency made a 10 percent cut in services in May to close a budget gap of $129 million for the 2009-2010 fiscal year and a projected deficit of $56.4 million for the 2010-2011 fiscal year. The agency’s board of directors announced last month that 50 percent of the cut services would be restored by September.

“We won’t stop working until we’ve crafted a plan to restore all the service we reduced back in May, but this is an excellent step in the right direction,” said Nathaniel P. Ford Sr., executive director of the transit agency.

The Muni Service Restoration Working Group will have until Dec. 1 to present a plan to the transit agency’s board of directors to fully restore Muni services, one of many reform efforts agreed upon with Newsom and Supervisor David Chiu last month.

The following services changes will take effect by Sept. 4: