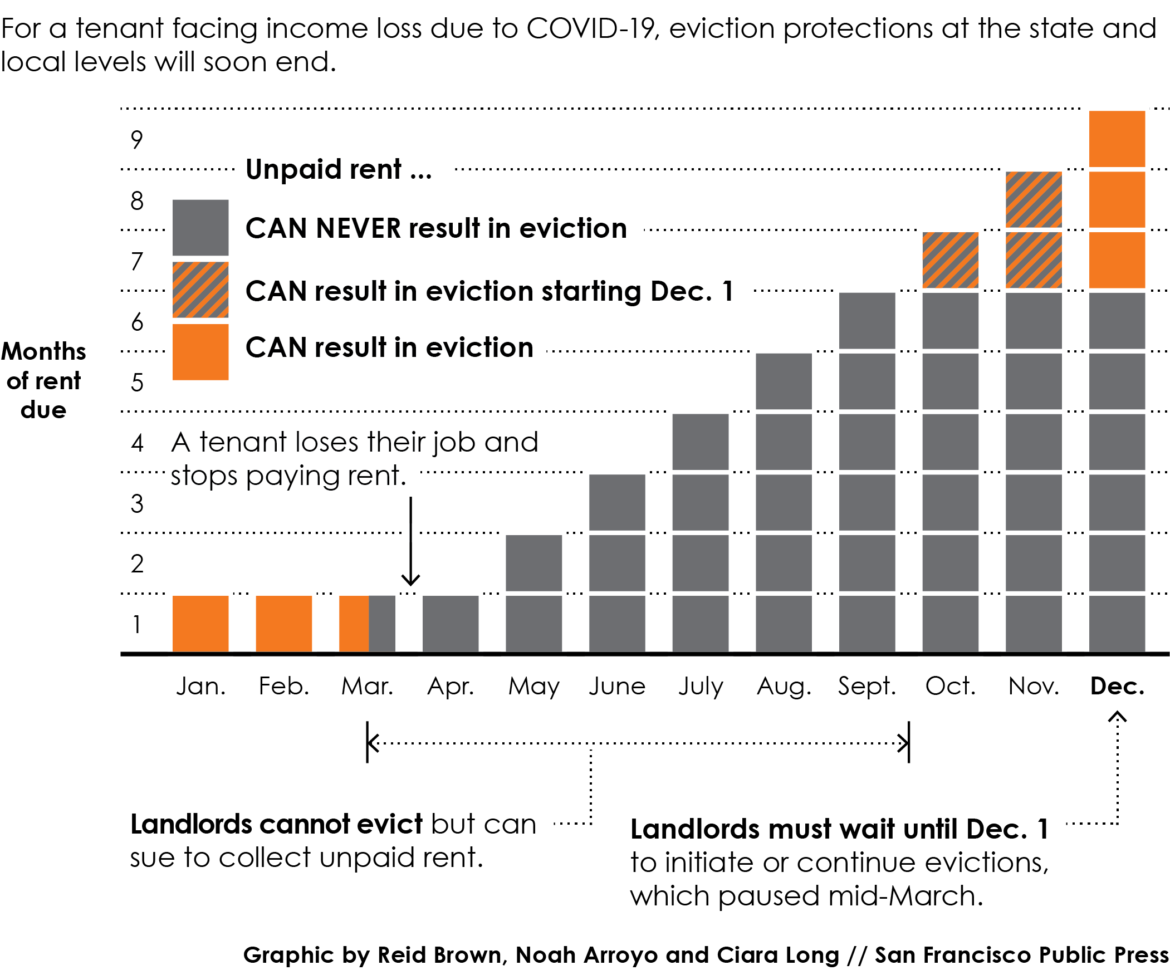 For a tenant facing income loss due to COVID-19, eviction protections at the state and local levels will soon end. Here's how they work.

On Tuesday, Mayor London Breed extended until Dec. 1 her order blocking most evictions in the city. But that is just one aspect of eviction regulations, which are robust and complicated.

Here’s how they affect renters.

A San Francisco tenant who lost their job in mid-March, when the mayor’s office ordered residents to shelter in place and non-essential businesses to close, may have struggled to pay April’s rent.

If the tenant remained unable to pay until September, the owed rent would pile up to total six months due by then. But this debt would not represent a displacement threat, thanks to June legislation by the Board of Supervisors that banned evictions — permanently — for unpaid rent due from March 16 to Sept. 30. Landlords can still sue tenants to collect this money.

Breed has suspended most types of evictions, not just those related to COVID-19 financial hardships. On Tuesday, she extended that suspension to include October and November.

That means a tenant who failed to pay rent in those two months would not face threat of eviction until December — but then would owe three months’ worth of accumulated debt.

One caveat: Tenants with unpaid rents that were due from March 13 to March 15, 2020, have until April 2021 to pay those debts before their landlords can evict them.