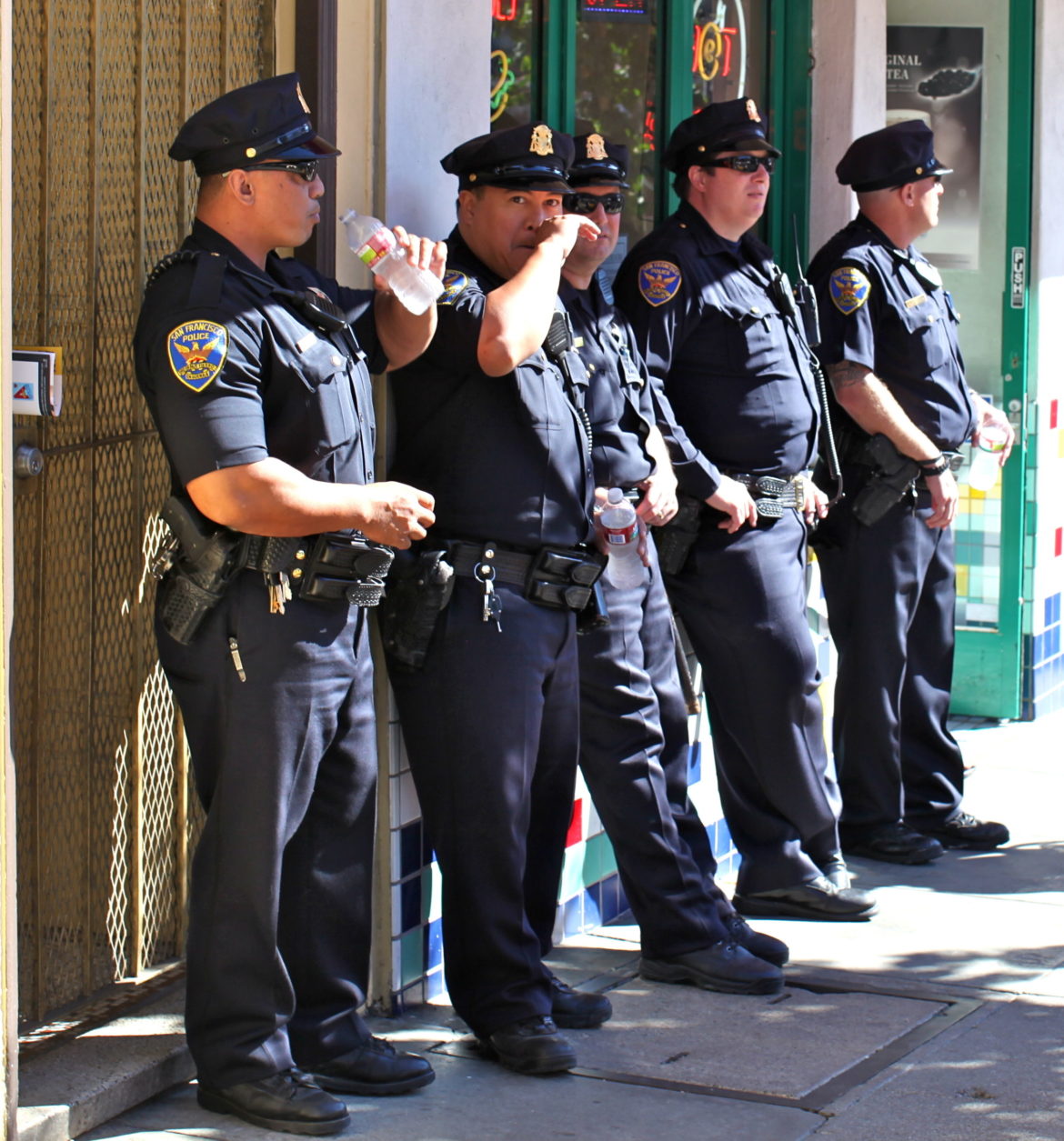 Parents applauded the San Francisco school board’s recent move to cut ties with the San Francisco Police Department in the wake of the Black Lives Matter protests that have highlighted racial bias in policing.

The Board of Education voted on June 23 to overhaul the San Francisco Unified School District’s relationship with police. The decision means that from now on, police can enter San Francisco’s public schools only in emergencies, such as in active shooter cases.

Advocates, parents and former teachers say that school resource officers – as police designated to work with schools are known — are often called by staff and parents in situations that don’t warrant police intervention, such as for schoolyard fights or to discipline misbehaving students. This often escalates already tense situations and leads to disproportionate disciplining of Black, Latinx and other minority students, critics say.

Black students made up less than 9% of the enrollment but accounted for 41% of arrests, citations and detentions during the 2016-17 and 2017-18 school years, according to data gathered by the school district and the police department. The police department did not respond to a request for comment about this data.

“Police officers are trained to look for criminals,” said Jenny de la Paz, a mother of three boys at different stages of the San Francisco public school system who said this approach leads police to see minors as criminals. “I’m very, very happy that they’re being removed from the schools.”

The police department is looking forward to discussions on “how we implement a thoughtful transition,” Officer Robert Rueca, the police department’s public information officer, said in an email.  Rueca declined to comment on complaints that other minority students are disproportionately arrested, saying he did not have adequate data available.

The school district pays $46,000 per year for the program, which includes 12 police-provided school resource officers stationed at police precincts who act as intermediaries between the police department and the schools.

“The SRO Program has helped to reduce school-related criminal activities while also preventing problems that would have escalated to 911 calls from schools,” said Captain Yulanda Williams, who coordinates the School Resource Officer Program, in an emailed statement. She added that the officers’ presence ensures “a safe school environment.”

SF’s rules on cops in schools

In contrast with San Francisco, Oakland puts police officers directly in schools. Officials voted unanimously on June 24 to terminate that $9 million contract. In San Francisco, police officers are on call to schools, and their relationship with the district has been dictated by a non-binding memorandum of understanding over the last few years, which acted as a behavioral guideline for interactions between the two organizations.

Alison Collins, a member of the San Francisco Board of Education, said that while school resource officers act as a buffer between students and police, the fate of students in schools shouldn’t depend on whether that school has a resource officer who is committed to de-escalation or not.

“This is not an effective program,” said Collins. “What are we doing trying to write a document that manages police behavior when we don’t manage them?”

Supporters of the district’s decision say without the memorandum, police may enter schools only in emergencies.

Police don’t set out to arrest students in schools, but implicit biases often result in exactly that, said Ben Fisher, an associate professor of criminal justice at the University of Louisville whose research focuses on school resource officers. “This gets really amplified when we’re talking about students who are marginalized by schools and by police — we’re thinking about non-white students, especially Black and Latinx students, or if we think about students with disabilities [and] queer students,” he said.

Removing police from normal school functions is “a momentous first step,” said Kevine Boggess, political director of Coleman Advocates, one of the coalition of groups pushing for the move in the aftermath of George Floyd’s death in Minnesota in late May.  Boggess said police are often called in for incidents where there is no threat. “There’s been situations where you’ll see children who are misbehaving and children who are in special education having behavioral outbursts, and having the police called on them, because the school staff doesn’t feel like they have the ability to support them in that moment,” he said.

Even in cases like a gunshot at Balboa High School in August 2018, community members viewed the police response as an overreaction.

In that incident, a firearm discharged by accident and did not harm any students. The gun had been in the backpack of an African American student wearing a red hoodie — a description loosely fitting Roberto Peña’s 17-year-old son that day.

“My son is greeted by three SWAT members with guns on him,” said Peña. “They sat him down, and they held him there for 45 minutes after the gun was discharged.” Peña’s son was handcuffed in front of television cameras and taken to a local police station, despite video footage from the school showing that he was not the suspect.

“On top of that, they wouldn’t let me or my wife see my son,” said Peña. “I lost it. I went off at them. I almost got arrested.”

Once police are called in to a school, as they were in Balboa High, there’s little anyone apart from the school resource officer can do to de-escalate. “The Balboa situation is a good illustration of when something can go wrong even with an MOU,” said Mark Sanchez, a commissioner and former school board president. “That will not change, even with what we have passed.”

The resolution means that from now on, police may enter San Francisco’s public schools only if the law requires it, such as if there is a suspected active shooter, as in the Balboa High case. They will no longer be able to respond to non-emergency requests, such as those coming from teachers who call when they are unable to discipline students.

“We as a school district need to take responsibility for our work,” said Matt Alexander, co-founder of San Francisco’s June Jordan School for Equity. “That’s what’s great about this resolution is that it redirects the energy into faculty, into more training and resources at the school site.”