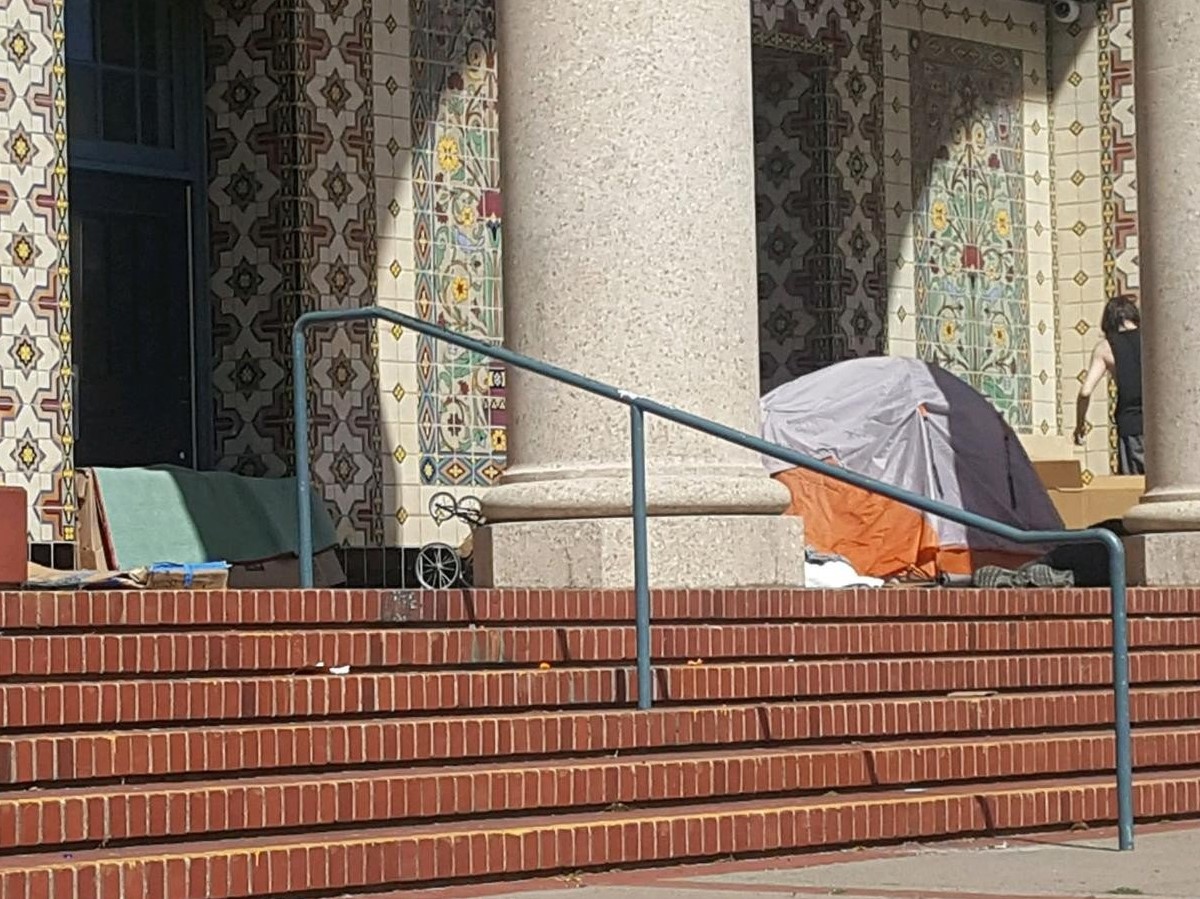 “Encampment residents should be encouraged to space tents further apart,” said the report on addressing the needs of the homeless during the COVID-19 pandemic from the university’s School of Public Health. “Additional public land should be made available on which to camp, so residents can move off of sidewalks where they may come into contact with others. Residents without tents should be given tents.”

The report bolsters a resolution introduced Tuesday by San Francisco Supervisor Rafael Mandelman urging the city to support sanctioned encampments at up to five public sites. The coronavirus crisis has begun to erode longstanding resistance to policies like this. Government officials in Los Angeles and Portland, Ore., have approved sites for homeless people to camp in response to the pandemic after long resisting the idea.

The report cited “successful examples” in Seattle, “which provide security, food, showers, toilets, and on-site services, but in an outdoor setting where people are able to maintain isolation in tents or tiny homes.”

“We strongly believe that everyone should have access to real shelter in place in a unit with a door and walls and bathrooms so that you can stay safe,” said Dr. Colette Auerswald, who coauthored the paper. But, she added, some unhoused residents may not want to leave the streets for various reasons, including fear of separation from their surroundings — “peoples’ belongings, peoples’ dogs, peoples’ partners.”

Mandelman, who represents the Castro, said he spent weeks laying the political groundwork for a potential site at Everett Middle School, in the Mission District.

“This idea is not necessarily new, and in fact I’ve been working on a proposal even before COVID, for the establishment of safe-camping sites,” he said. “San Francisco has had a problem for many, many years, of having more people unhoused than we had shelter or rooms for.”

The full board is expected to vote on Mandelman’s resolution Tuesday.